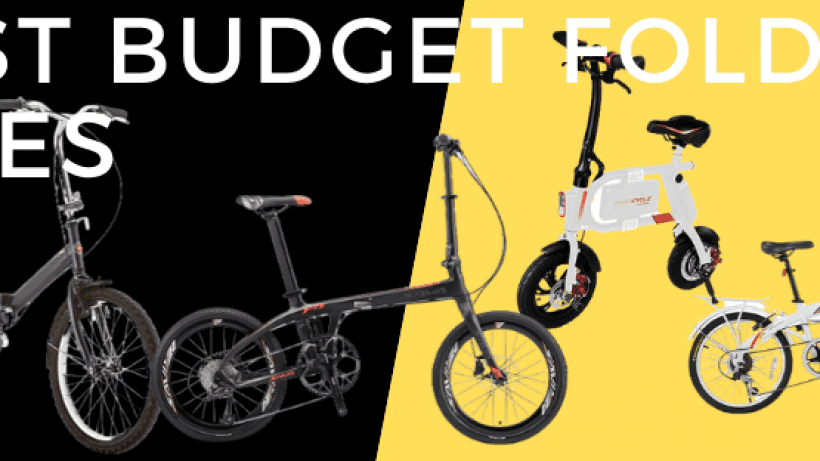 Owning a bike is probably one of the best things ever. You get to be on time anywhere you go, and you avoid all of the messy traffic during the busiest peak hours. Besides, riding a bike doesn’t pollute the environment at all, so if you want to be eco-friendly while moving faster than a pedestrian, this is the perfect and most inexpensive combination.

Sure, some bikes cost more than a motorized vehicle, but we’ll leave that for another article and for the bike fanatics that want absolute perfection in something like this.

Today we are talking about a different type of bike, the one that you can fold and carry like it’s something as easy as a backpack. Whether you’re low on a room at home, or you want to bring your bike to the office without making too much of a mess, a flexible, or a folding bike, especially those with electric motor assistance, if you like, is the best solution for you.

If you are still not sure which bike to choose? Check out the budget folding bikes buying guide from FutureSport.

Let’s take a look at some of the top models that you can purchase in 2020 without completely breaking your bank, shall we? 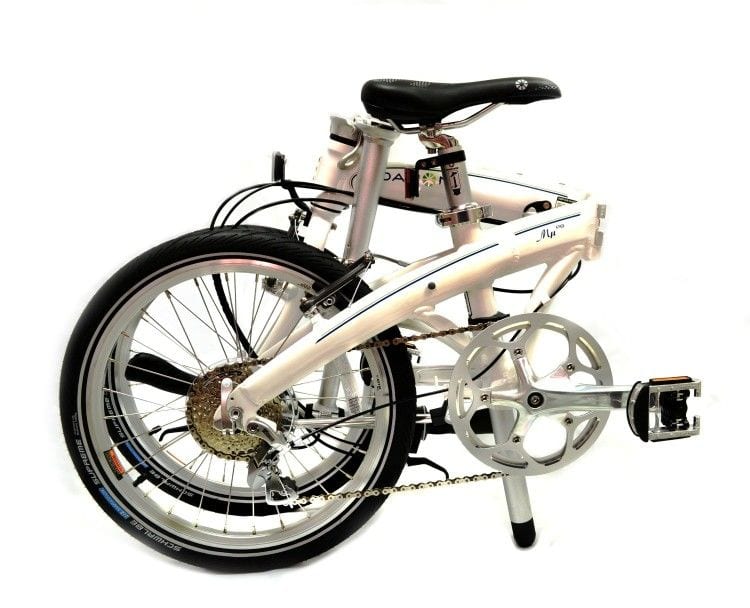 This bike is made by Dahon, and it looks quite good for a folding model. It has more than eight speeds, which is enough for the regular city-rides, and when it is folded it has the dimensions of 31 x 80 x 65 cm.

According to the people that purchased and used this bike, it shouldn’t take you more than fifteen seconds to fold this completely. It weighs not more than eleven kilograms, which is quite light even if you are not a strong person.

According to the statistics on the official website, it says that you are adequate for this model if your height is not more than 190 centimeters, and not less than 140. If you are in-between these numbers, you’re good to go. If not, you can choose another model. The recommended weight is under one hundred kilograms.

The name of the manufacturer is Retrospec Bicycles, and the looks are pretty stunning for a bike of this type. It reminds a bit of a BMX, a bike used for tricks and all sorts of stunts, but it has seven speeds and breaks both on the front and rear.

According to the official website, the materials used for the frame are aluminum, and the overall weight is about thirty-five percent lighter than what it would be if any other materials were used, such as chromo or steel.

The wheels on this thing look pretty neat, and they are twenty-inch ones that come in different colors, so if you care about looks, feel free to choose the ones matching your style. The tire brand is Kenda West, and according to the users, it takes about ten seconds to completely fold this thing and carry it in your hand.

Probably one of the most generic designs on this list, but everything that it lacks in uniqueness it makes up in performance. This folding bike model has sixteen speeds, the mechanism is Shimano Altus, and it has Disk Brakes both on the front and back, so you’ll always stop in a split-second whenever you need to.

This model takes a bit longer to fold because the users reported about seventeen seconds on average, but that shouldn’t be a problem at all, and you might even get to do it faster once you practice it enough. It weighs about twelve kilograms and it comes in many different colors just like the previous models on this list.

The kickstand is adjustable and the rear rack allows you to carry a bunch of things such as groceries or maybe another person if the situation calls for it. If you are interested in electric folding bikes reviews, feel free to visit Foldingbikeguru.com

The name of this bike speaks for the design itself, and with it being called shadow, we can already assume that it comes in darker colors, along with those sweet-looking black tires. Unfortunately, this one doesn’t have multiple speeds, but that is considered to be an advantage for some people who like to work harder with their legs while out in traffic.

Also, since the speed mechanism is not present, this bike enjoys a lighter weight, but wait until you hear about the best part of it. The Shadow model has a magnetic latching system that gives you that enjoyable “click” feeling upon folding it, and even better, it holds the bike folded in place for as long as you need it.

The statistics are the following ones, according to the official website. The maximum allowed weight is 110 kilograms, and there isn’t a recommended height listed, but we assume it is pretty similar to the other models, so somewhere around 190cm. When folded, this bike is 12 x 30 x 25 inches.

This model has seven speeds and it is manufactured by Allen Sports, a reputable company that has some pretty unique and great-looking designs. The frame of this bike is made out of aluminum, meaning it is durable but lightweight at the same time. Although the Sedona is the last model on our list, it doesn’t mean that it lacks anything in terms of folding.

Compared to all of the other models that we mentioned above, this one has a record folding time of just seven seconds, so if you like to do things quickly, you won’t find a better option than this one.

So, just as we mentioned, seven speeds, which is more than enough diversity for those city rides, quality frame, and wheels, and great looking tires which can be replaced during the purchase. If you don’t like the color, you should be able to get it in a different one, but we think that the combination of orange, aluminum and black looks pretty amazing. The brakes aren’t disk-brakes, but that shouldn’t be a problem if you are driving slowly and carefully.