Turning 17 is a special time. For many, it’s the age you can finally get some freedom by passing your driving test, but the freedom doesn’t begin when you pass. You have to buy your first car to enjoy the freedom!

Like choosing the right driving instructor, picking your first car can be daunting. You don’t know the first thing about cars. It’s ok; most new drivers are in the same position as you, so we’ve made a handy guide that you can follow to buy your first car.

Firstly, let’s talk about hidden costs. A car may cost you £1000, it may cost £10,000, but all cars will have extra costs that the salesmen won’t always point out. Insurance, tax, and maintenance are the main costs you will have to account for, with insurance being the biggest expense that most people don’t factor in. You may have some other costs such as breakdown cover, sat-nav or e-service contracts (SOS buttons, find my car, etc.).

When buying a car, there are some secret rules you should follow:

The last one may seem strange, but so far, you have most likely driven a limited number of cars. When you go to buy your first car, you may fall in love with the first one, but go and see / test drive a second one. That way you have something to compare it to and make sure you pick the right car. You may go back and buy the first one, but always compare it to something else first, even if it’s the same make and model.

Once you have these costs down, you can work out the yearly cost of owning the car. If you’re buying on finance or leasing your car, then make sure you include these costs too.

When you’re ready to start shopping for a car, you’ll probably struggle with what car to buy, so we’ve put together our top 5 first cars. You may not end up buying one – but they’re a great place to start looking! 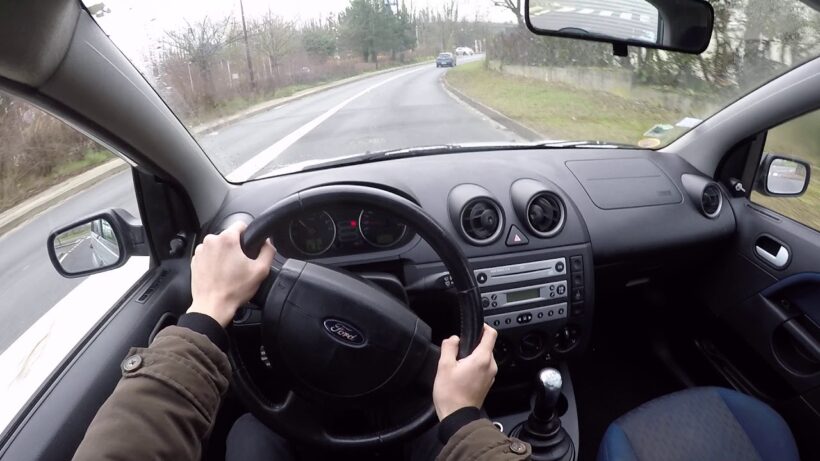 The best selling car in the UK, the Ford Fiesta, can be seen pretty much everywhere with a wide range of models from entry-level shopping cars to turbo performance ST models.

If money isn’t a concern, then go for a later model. We recommend the 1.4 petrol or 1.5 diesel models. The 1.0 turbo has been known to have overheating issues, whilst the 1.6 diesel model needs the engine removed to change the timing chain at the cost of around £1500. 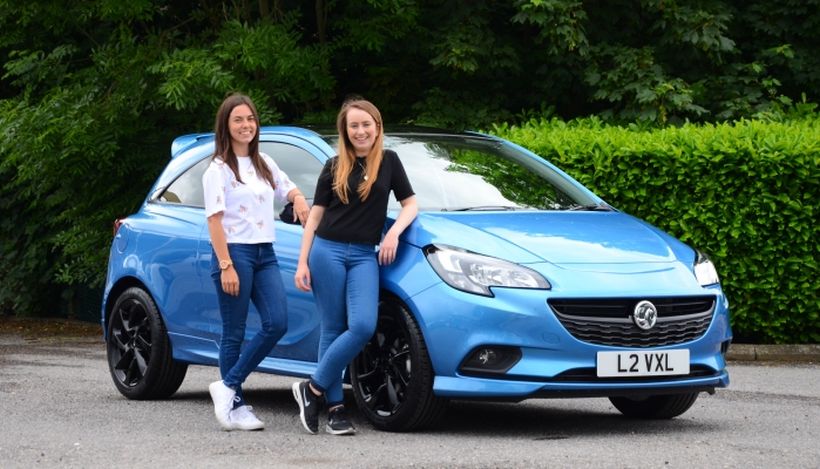 The Corsa has changed since it was released in 1991. The introduction of the Corsa E in 2014 improved quality and made the interior a nice place to be, with the Corsa F in 2020 bringing it up in competition with the Fiesta and Peugeot 208.

The 1.2 and 1.4 engines are pretty solid, with the 1.0 being known for tappets. The 1.2 and 1.4 turbos are great but reduce fuel economy and increase insurance.

Entry-level Sting’s can be bought for £4000, but we would recommend going for an SRI model. If you have a larger budget, the VX-line models look fantastic too! 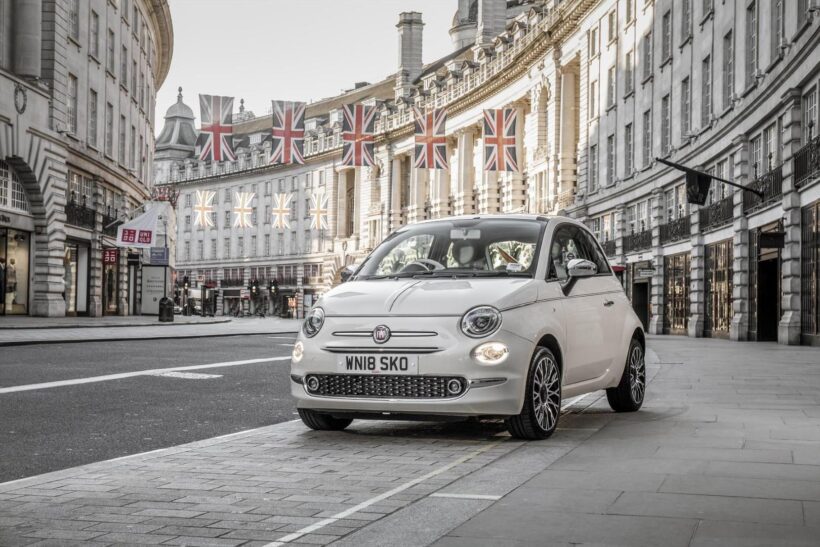 We didn’t want to include the Fiat 500 in this list, but it is just too hard to ignore. The fiat 500 is a fantastic compact car perfect for busy city streets. It’s an absolute bargain with three or four-year-old examples selling for under £7000, with cheap tax, insurance, and low running costs. It’s a perfect first car.

You can’t go far without seeing a fiat 500 these days, which makes parts very easy to come by. With an insurance group of just seven, it should be pretty cheap for most people to insure!

The Fiat 500 just beat the Mini onto our list, both being great remakes of classic models. We decided the Mini was just a little too large compared to the fiat 500 and the BMW association makes parts and insurance cost just a little bit too much. 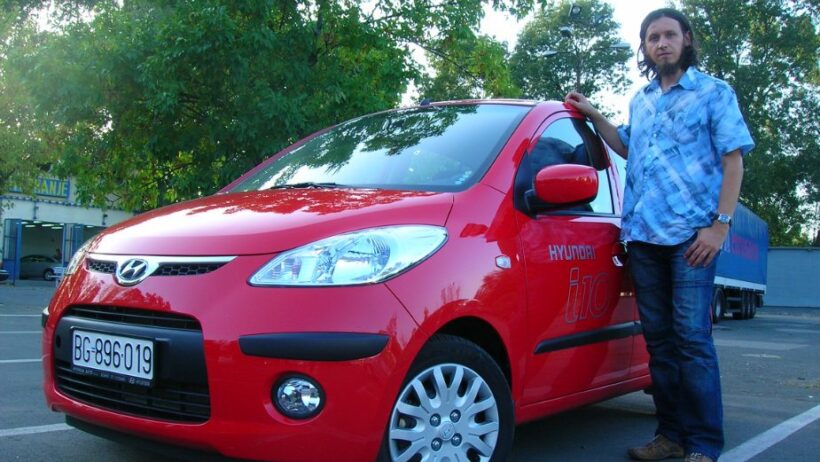 One of the stranger cars on our list, the i10, is typically associated with being a bit of a ‘granny car’, but this makes it a great buy. Typically ‘granny cars’ will have been serviced on the dot and will typically have fewer miles.

The i10 is a great car with a bullet-proof reputation for reliability. With most mod-cons, but don’t expect top-end tech like touch screen navigation units. 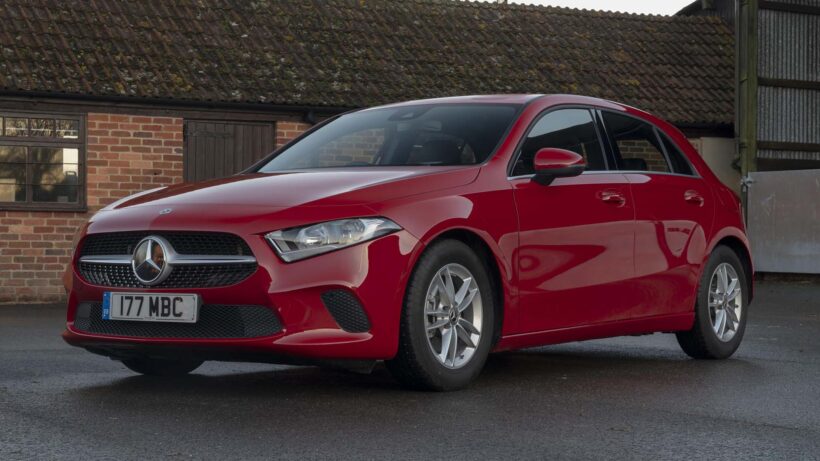 A Mercedes as a first car? Yes, we have gone mad! Some people may not be restrained by budget or just want something a bit more luxurious to start with. The Mercedes A class is a great place to start.

We struggled to decide between the BMW 1 Series or the A-class, but the A class won it in the end as the 1.5dci engine is shared with Renault, which makes parts a little bit cheaper and being a front-wheel-drive car makes it a bit easier to drive (unlike the rear-wheel-drive BMW)

Prices can start from around £7000 for an early model with average miles up towards £20,000 the newer you go. There are some great models, with the AMG-line being one of our favorite’s but watch out for things such as diamond cut alloy wheels needing refurbishing. These can cost up to £150 per wheel, with types starting at around £70 per corner, dependent upon size.

Pick the car you want

Ultimately, it’s your decision which car you buy. Everybody has their preference and it may mostly be decided by the cost of your insurance. Just remember to follow the golden rules of car buying.

According to The Driving Academy (https://thedrivingacademy.com/), 86.5% of new cars are sold on finance, with 26.12%

Of new drivers under the age of 24 admitting to having an accident within their first year of driving.

Ultimately – it’s up to you what car you buy and how much you spend, but you should be comfortable with the car you purchase.