The first generation of R8 was offered with two engine choices 4.2 -liter V8 and 5.2-liter V10. When the second generation made debut last year it came only with V10 offering 540 hp and V10 plus offering 610 hp, so V8 has left the scene, meaning that the starting price for R8 has jumped from old $117,000 to $164,000, which is quite a leap. While many potential buyers waited for the introduction of the cheaper version, Audi offered e-tron version with a price tag of $1,100,000, yes you read it correctly, and while they might still be waiting, again new version is offered. But it’s not cheaper, and it’s highly limited.

Because. With all supercars creation of special versions is highly lucrative as you add little more power, some tweaks to the styling, interesting paint and you can increase the price in the direction of the sky. Limited production of some model is making it very desirable “per se,” and this one is limited to 25 units available only in the US.

WHAT DO WE GET 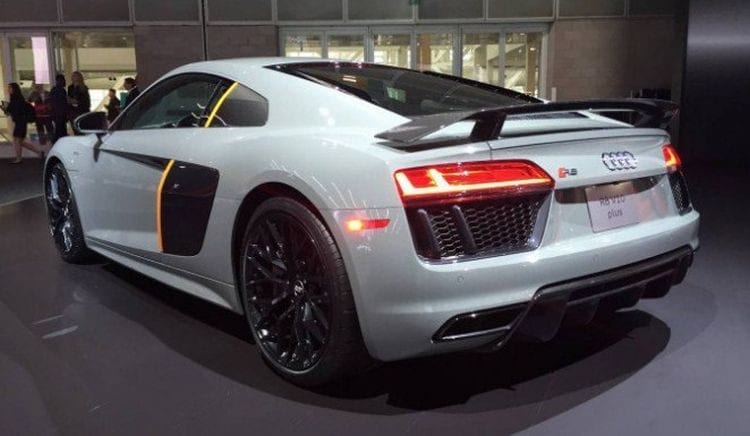 Well for the price tag of $229,000 which is reasonably elevated from starting price, you’ll get Quantum Grey paint finish of the exterior, Titanium Black-optic parts and very interestingly Solar Orange stripes on carbon side blade that are killing grayness of exterior and introducing live vibe to it. Add to that new set of 20-inch, 10-spoke, Y-design, high-gloss anthracite wheels and we’re finished with the exterior. As for interior orange color has found its way here too and it is producing the same effect as outside. Beside that you can count on leather covering most surfaces, although the headliner, rear panel rear shelf and luggage compartment are dressed in diamond-stitched Alcantara, count also on exclusive floor mats and illuminated carbon matte door sills bearing the car’s specific edition number – “one of 25”.

Nothing and yet something. BMW i8 is the first car that came with laser lights in 2014 and then it was introduced to the US in 2016, so it’s not unseen technology today. Yet, that is the most special thing about this R8 since it is first Audi with laser lights to be sold in the States, while it was available in Europe for some time now. What can you expect from laser lights is that full LED lights are still present and are now supplemented by a laser high beam module in each headlight. This is active at speeds of 40 mph and which in total greatly enhances visibility for the driver by projecting a low and wide beam of light on the road ahead. 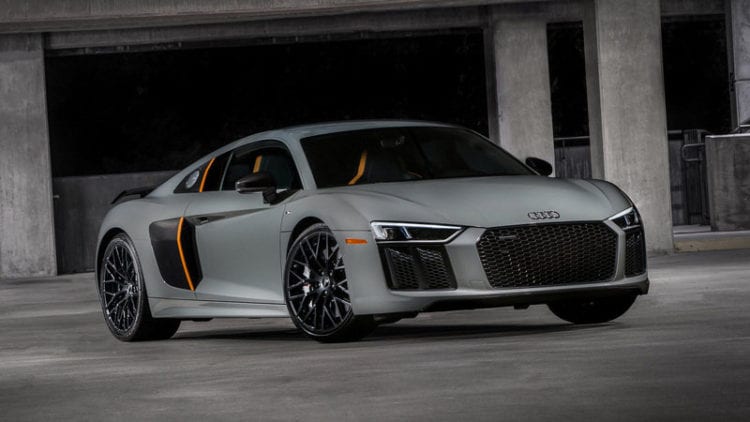 IS IT WORTH IT

If you use your reason in order to determine that, the answer is plain and simple no. Too much money for little extras. But if you have $160k then you probably have the rest also, and cashing out that rest just won’t make a step dent into your budget. That is the card that every special series of a supercar is counting on. Also making it highly limited just plays with people’s vanity, and you can bet that it will be sold out very quickly.