Now we’re not strangers to Aston Martins. We consider them some of the most beautiful cars on the road, right up there with the fiery Italians. In fact, we called the DB9 possibly the most elegant car ever made. Well, prepare to be wowed again just like we were. In case you’ve missed the news, or haven’t seen the new James Bond movie called “Spectre” we present to you the exclusive DB10 from Aston Martin.
Yes, that’s right, Aston Martin has done it again. The legacy of the DB4 lives on in the newest James Bond action movie. They are back to doing what they’re best at, and boy, have they outdone themselves this time.

The company says the DB10 has only been produced in ten examples, and it is a bespoke sports car, but unofficially one has been sold to a customer with no words on whether or not they will make other. The whole thing looks too real and well-made to be just a movie prop.

We think it’s a concept for the next DB9, but don’t hold our word for that. What we know is that we would love to see this car offered, and that is something many people agree with us.

The exterior is still unmistakably an Aston Martin. In fact, we’ll even go as far as saying it’s instantly recognizable as a DB10 or a DB9 for that matter, it’s that unique. It’s got a completely redesigned shell which takes some styling cues from previous models, dating all the way back to the first Bond movie, and mixes them up with new and fresh ideas, combining legacy and heritage with new-age design and looks.

The long hood is still here, just like on the DB9. So are the large traditional Aston Martin grille, elongated front end and large front overhangs. The lower end of the front fascia now incorporates a much bigger air dam, giving the Aston Martin DB10 an even more aggressive appearance than the DB9, or even the GT version of it.

If you’re viewing it from a profile, you’ll instantly see the Aston Martin family connection and a familiar design language. The roofline and dimensions of it are pretty similar to other models of the entire range, but the beefier wheel arches at the front, and more muscular shoulders manage to separate it and keep it unique. The recognizable vent is still on the front fender, but there’s a deeper crease there which now extends more towards the car’s door. The cabin sits lower and has a smaller glass area, although it’s got the same shape.

The rear, in contrast to the front, has a much smaller overhang, with lights previously not seen on any Aston Martin. There have been similar concepts and design studies, but the entire rear fascia is pretty unique to the DB10. 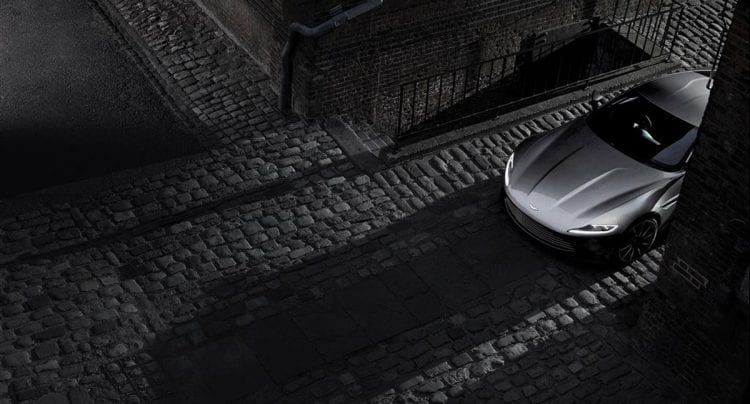 The taillights are reminiscent of the DB9, but they step off so much from the size and proportion side of things that they look really different. The lower end hides a rear diffuser for added stability and better aerodynamics, and it also houses two exhaust pipes, one on each side. There’s a small trunk-lid kind of spoiler, below which you can find the Aston Martin logo.

If there’s one thing Aston Martin is known for, it’s the luxury that you are getting in the interior. Just like we imagined at the very start, the DB10 gets a completely bespoke interior specially made for the movie’s purposes. Almost none of the styling cues from the DB9 have been carried over, but the materials and other assemblies have.

The biggest step off is the more elegant and slim-looking design, and perhaps, more importantly, the lack of any kind of center stack in the traditional sense of what a center stack should be or look like. We would love to get all those gadgets that the 007 gets, but we know that that won’t happen. Don’t be disappointed since it is still more than capable to shell you with fantastic options.

The iconic and elegant, yet outdated, dials and entire instrument cluster of the DB9 has been ditched and in its place is a race-inspired cluster. There’s a central gauge dominating the entire cluster with its size, for the RPMs, and this way you will always be hitting the right shift time. To the left and right of it, we find two smaller gauges for the speed and other, various car information’s. As far as deviations go, this is a massive one, especially to the simple cluster of the DB9.

The materials used are superb, despite the claims that it’s just going to be used for the movie. After all, it still has to look good for it, and even if it didn’t, Aston is not the kind of company to do something half-heartedly. There’s white stitching on the materials, and everything appears to be soft and smooth. The steering wheel is wrapped in Alcantara and has a flat-bottom for a sportier look, as well as more precise steering and control.

The concept itself uses the 4.7-liter V8 lifted from the Vantage, a spectacular engine. The word is, however that the production version will offer the new 4.0-liter hot-V V8 like the one seen on the AMG GT. The reason being, of course, the deal Aston made with Daimler back in 2014. Still, a 500 hp is not a bad way to kick off the entire thing.

The engine is expected to be mated to the same seven-speed dual clutch just like in the AMG GT, and to use a lot of its software, like for the traction control and stability control. A sub 4-second time is predicted for the 0 to 62 mph sprint, and it should be able to achieve 180+ miles per hour without lots of effort.

Note, however, this is all just speculation and in no way official announcements. Based on the reports, however, it is what we can expect, and what will most likely happen with the car’s successor. 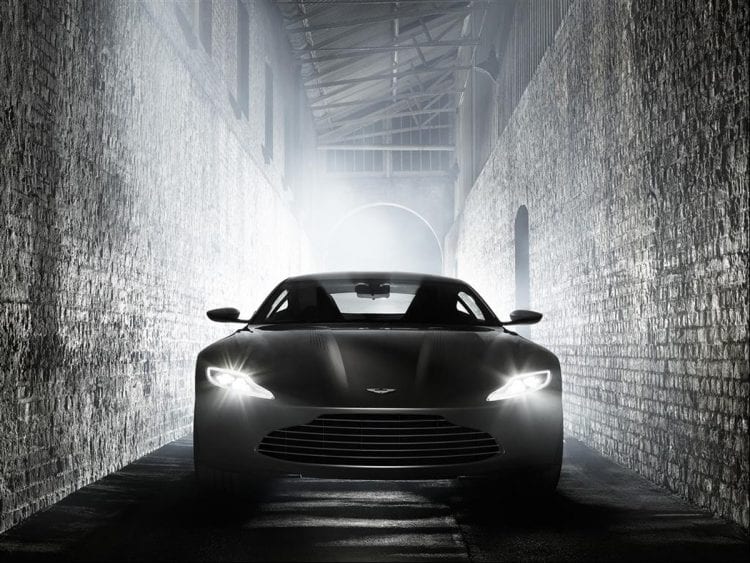 Speaking of a successor, the Aston Martin DB10 promotes some features which we’ll see on the upcoming DB9 replacement. We suspect that the name will be changed and that it most probably going to be called DB11 or DB12. We only hope we get a V12 engine car with the moniker DB12, what a beast it would be.

Sadly, like we said, even if you do have millions sitting in your bank account somewhere, you can’t just go out and buy it. We suspect that if you throw a lot of money at Aston and ask them nicely to build you something similar, they will. The question is how far are you willing to go?

Find out more at astonmartin.com