In the past few years Aston Martin has been trying to get up there with the hyper-car manufacturers and with the release of the Vulcan, they actually did it. However, the Vulcan is not enough if they want to be recognized by everyone. Not that long ago the Aston Martin AM-RB 001 concept has been showcased and it is by far the most impressive car we have seen this year.

So far the car is just a concept but Aston plans on making around 100 units. From these, some will be aimed at track use only while some will also be usable on the street. 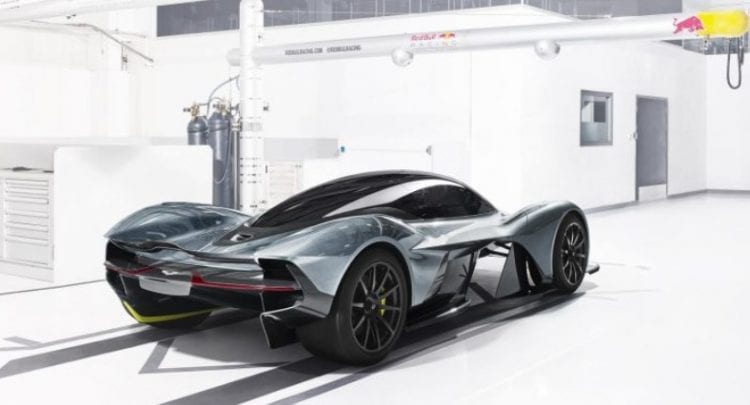 This will make it a lot more desirable than the LaFerrari and also more exclusive. Aston also said that the AM-RB will be faster around a track than a Formula 1 car. This has never been achieved by a street car so far and it seems unlikely that it will happen. However, they seemed quite confident in what they were saying and if this happens to be true then it will surely become the most impressive car in the World. The price seems to be around $4 million but nobody actually knows who will be able to buy the car. Some say that Aston will hand pick the future customers in a similar process to Ferrari’s.

The Aston Martin AM-RB 001 will likely be given green light for production in the following year. Their CEO stated that the car is still under development and there are still a few unknown variables so far. In our opinion the design of the AM-RB 001 has to be the most striking aspect about the car. The concept looks like someone took a Formula 1 car and slapped a body on it. It comes with a massive wind-tunnel under the body, two massive air-exhausts on the sides and a large diffuser. The concept only looks to handle one person, the driver. However, Aston said that the production model will be able to carry up to two people.

Considering that there is not enough room in the concept we are quite sure that the final design will change quite a bit. For starters, the Formula-1 design will have to go. The car will compete with the prototype series in Le Mans where these aerodynamic features will certainly help. However, on the road the AM-RB will look a bit too unnatural. 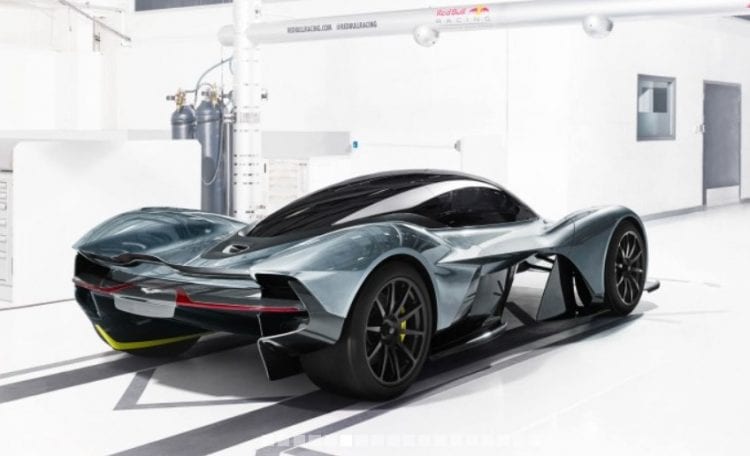 Aston’s design team said that a conventional dual-clutch automatic would be just too heavy at roughly 300 pounds. Instead they are still thinking at the best possible solution for their car. We are quite sure that a single clutch 6 or 7 speed gearbox will be used. On top of that, the car will feature one of the most impressive in the recent years. Because it is such a limited production car, it won’t have to pass certain emissions regulations. This will allow the Aston Martin AM-RB 001 to feature a naturally aspirated V12 petrol engine. The most impressive part about this will be that it will rev as high as 11,000 rpm.

This would make it the higher revving engine to ever be installed in a production car. With the help of its transmission, a mild hybrid system that will add an extra of 100 to 200 horsepower as well as its aerodynamic properties, Aston said that the AM-RB will be faster than a Formula 1 car around a track. Like we said, this seems a bit far fetched, especially since the fastest LMP-1 car, the Porsche 919, can’t really match a Formula 1 car. Things might change with the AM-RB though but until it will be released next year, these are just rumors. 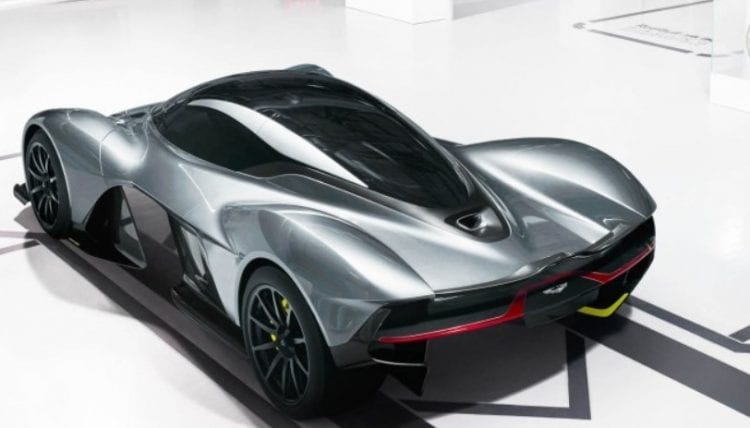