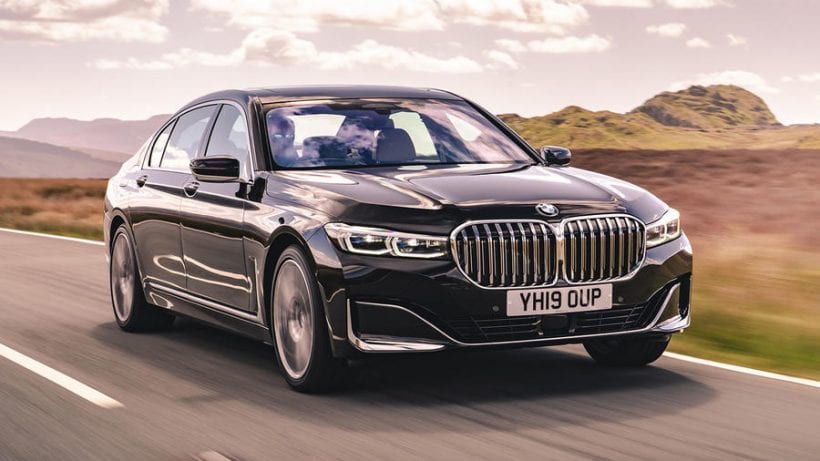 When you are the leader of a powerful country, it is logical to have access to some luxury things. For example, expensive and safe cars. First of all, it is important to emphasize that these machines are extremely safe because there is a chance that attacks may occur. So, for these reasons, it is most important to own a vehicle designed to the highest safety standards. Plus, they need to look serious as well as cool at the same time. Simply, a leader is a representative of his nation and shouldn’t make a bad impression on his powerful colleagues.

Therefore, we decided to find out what cars the world’s most famous politicians, presidents of countries and monarchs own. So, if you’re ready, let’s get started. 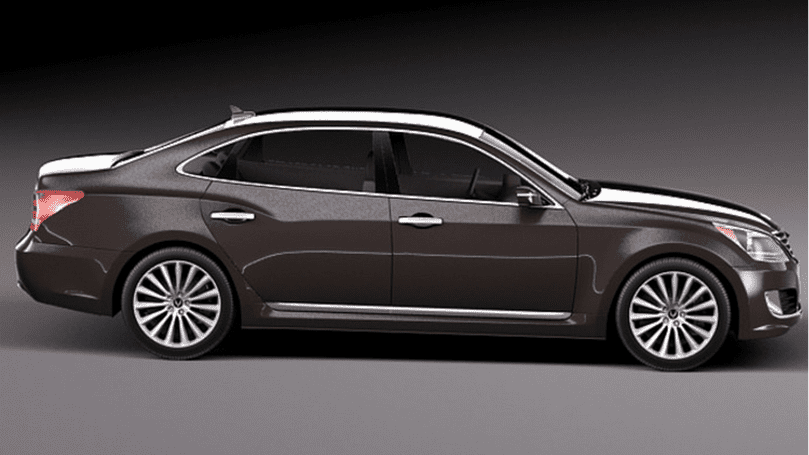 2013 is a very important year when it comes to the vehicle choice for the South Korean leader. Namely, until 2013, the presidents of this far eastern state used German cars-BMWs and Mercedes-Benzes. But since Park Geun-Hye came to power in South Korea, the administration has decided to support domestic carmakers, specifically Hyundai.

It is a modified model of the Hyundai Equus, which was the main vehicle for transporting the most important person in the country until 2017 when President Park was replaced. However, her vehicle is still in use and is currently main car of new President Moon Jae-in. However, given that Hyundai has decided to change the name of its luxury cars to Genesis, we believe that the presidential vehicle will soon be replaced for a more modern version. 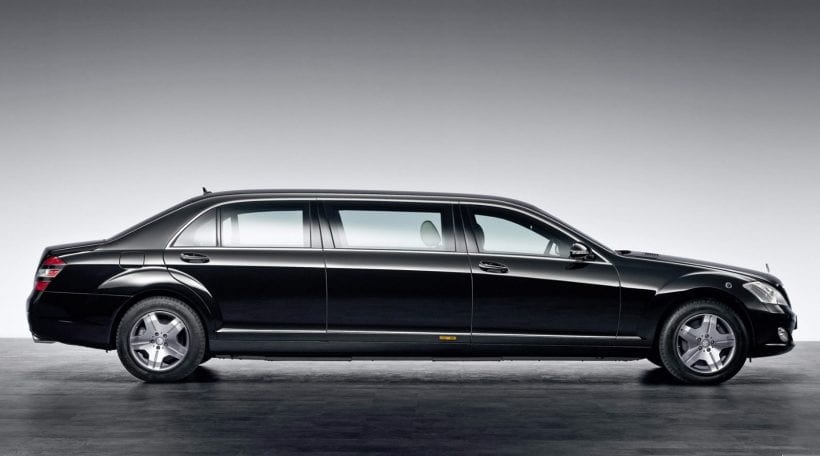 After South Korea, we head to the North of the Korean Peninsula. The president of North Korea has become extremely popular in the world in recent years, but not with other world leaders who have imposed different sanctions on him for dictatorial regimes. These sanctions also made it difficult to get a Mercedes-Benz S600 Pullman. Yet, given that it is president of one of the really powerful states, Kim Jong-Un has succeeded in acquiring Pullman.

No wonder this car is extremely popular with world leaders because it has incredible safety features. Specifically, Pullman has powerful armor that is bullet and bomb-resistant. 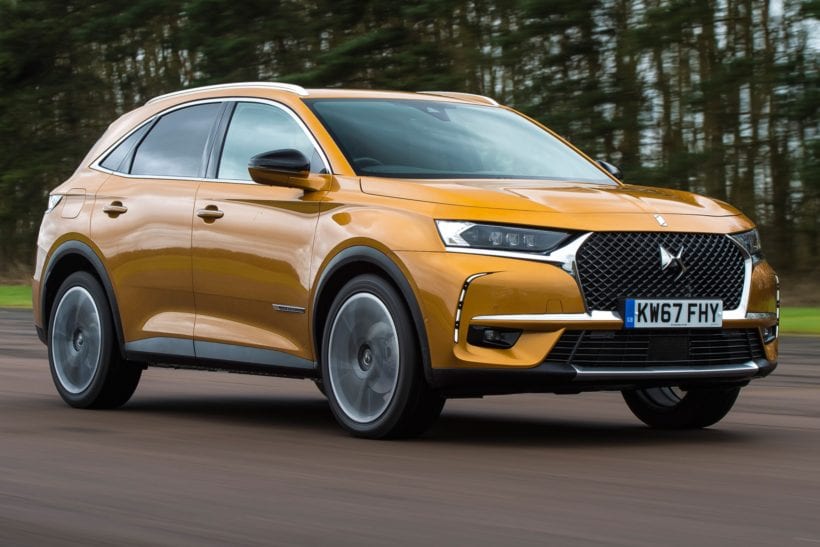 Emmanuel Macron stepped in as President of France in the year of 2017. Interestingly, all presidents before him rode in luxury sedans, but he decided to change that tradition. The vehicle he chose is the DS 7 Crossback which is actually an SUV but is a product of the domestic Groupe PSA. DS is part of Groupe PSA along with Peugeot and Citroen which are also French brands. One amazing piece of information is that this car was only used once, in 2017, when Macron won the election and drove to the inauguration parade. Since then, the DS 7 Crossback has never been started. 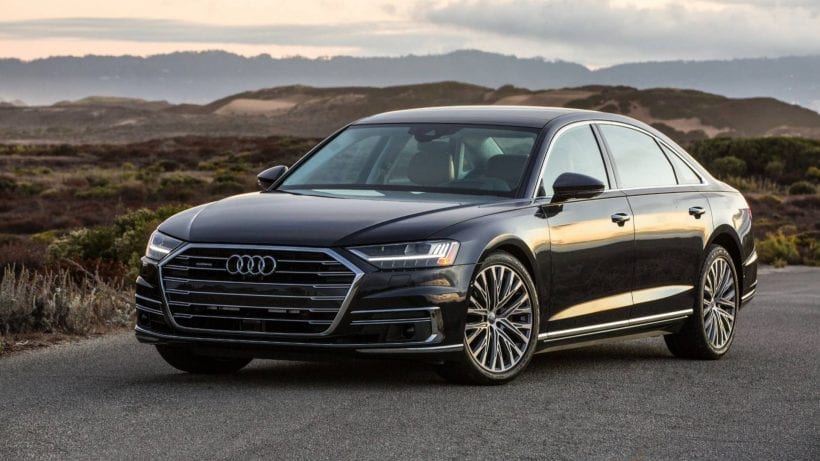 During her long career in German politics, Angela Merkel used several different car brands, and she had a good reason for doing so. Specifically, Germany is a powerful part of the automotive industry with several global giants in the production of these vehicles. There’s BMW, Mercedes, Opel, Volkswagen as well as Audi. Currently, Mrs. Merkel uses an armored Audi A8 with the license plate 0-2 (0-1 is on the plates of the President of Germany). Prior to this car, she used cars produced by the largest German manufacturers and changed brands in order not to seem to prefer one over the other. 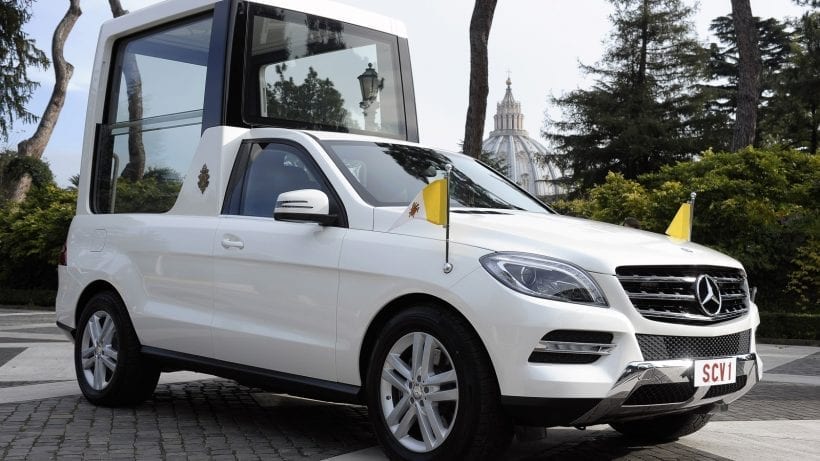 As one of the most important figures in the world, the pope must have the safest car. His modified Mercedes-Benz M Class is also called popemobile because it is used solely to transport His Holiness. As you can see, the rear has been completely replaced by a platform that is surrounded by very strong impenetrable glass, which is one of the highest safety standards. These measures were taken after 1981 when assassins tried to kill Pope John Paul II. Interestingly, in recent years, other manufacturers besides Mercedes have made special cars for the Pope. The list includes Fiat, Dodge, Hyundai as well as Jeep. 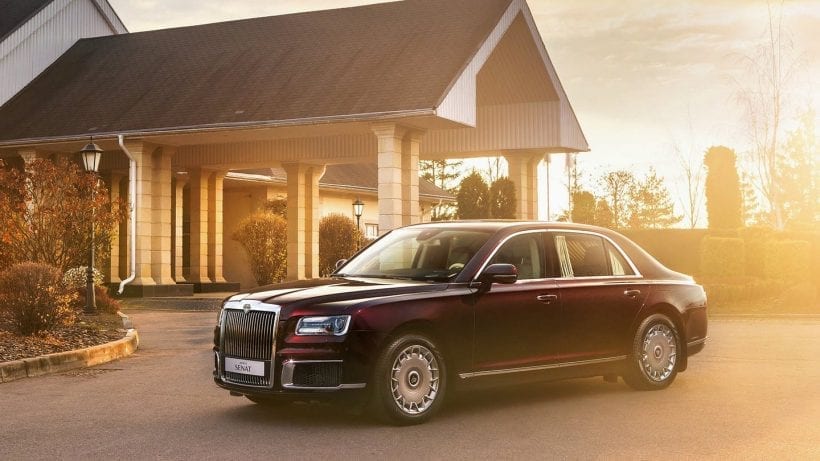 At first glance, the Russian President’s vehicle resembles Rolls Royce. Even the features are pretty similar. However, this vehicle, called the Aurus Senate, was developed and manufactured by NAMI and is a bulletproof luxury sedan. Prior to the Aurus Senate, President Putin used Mercedes as the main vehicle. In addition to this car used by Vladimir Putin, the company will produce more luxury machines for ordinary people, of course, without the highest safety standards. 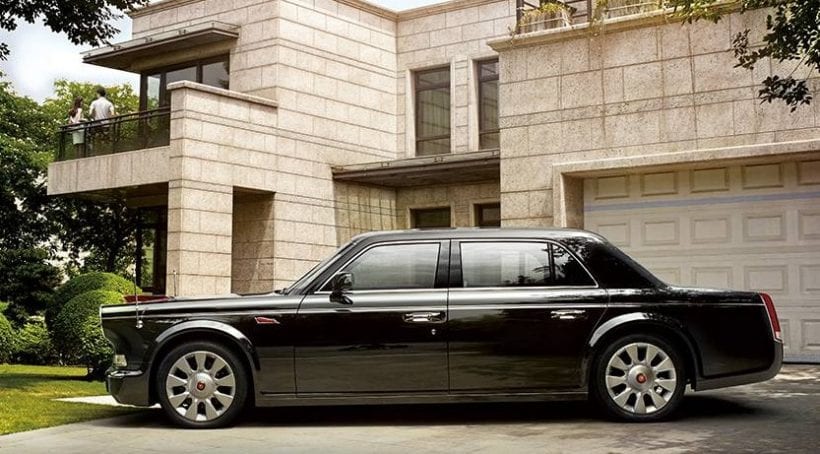 One of the best-equipped vehicles is owned by President Xi Jinping. Although it seems pretty vintage, the Hongqi L5 was actually manufactured in 2013 when the President of China’s Communist Party became the most important person in the world’s most populous country. In addition to the use of this car by Mr. Jinping, the Hongqi L5 is a symbol of wealth and prestige, and it is possible to see wealthy Chinese people owning this vehicle. Other people could never afford a car that costs a whopping $800,000. Although the Hongqi L5 has been in use since 2013, not many features are known. Certainly, there is no doubt that it is equipped with the latest technologies and security measures. 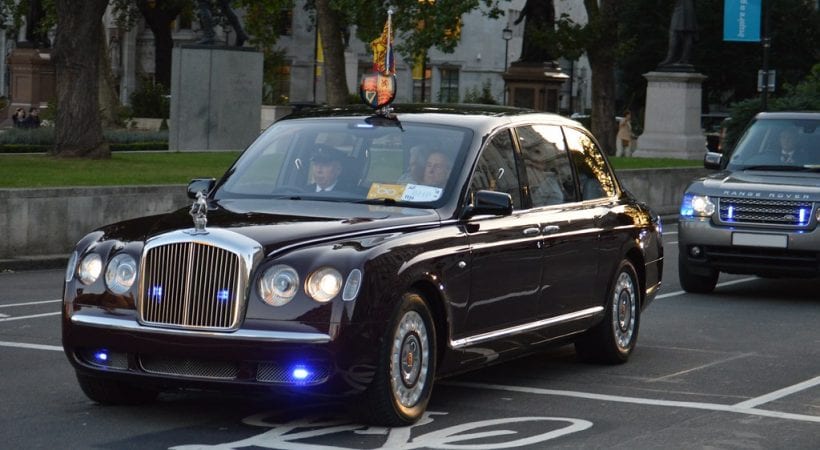 Of course, all members of the British Royal Family drive the most luxurious cars, and so does Her Royal Highness. Believe it or not, this Bentley State was introduced 17 years ago, in 2002 when the Queen celebrated 50 years of reign. And we have to say that this was a great gift because it contains amazing security systems. First of all, the car is resistant to bombs, bullets, bio-weapons, and has safety systems in the event of a rollover. All in all, the conclusion is that this Bentley State is one of the safest cars in the world. The Cadillac carrying perhaps the most powerful man on the planet was introduced in 2009 and has not been replaced by a new model since then. The popular name for this vehicle is ‘The Beast’, which was first used by Secret Service. Interestingly, the frame is the same as on the GMC Yukon and Chevrolet Suburban. Over the past year, the car has undergone some changes to make it even safer. The Cadillac Presidential State is essentially the safest car in the world because it has numerous protection systems. It is bulletproof, resistant to various weapons, has thick armor all around, the glass is very strong, etc. If the President does get hurt, though, there are packs of blood inside the car so that security members can perform blood transfusions. 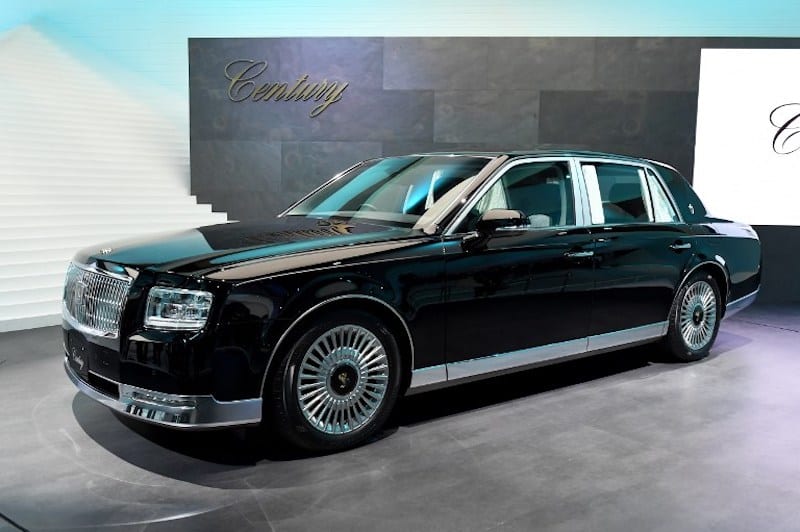 Definitely the most luxurious vehicle ever made for the Japanese Imperial Family is the Toyota Century Royal. It is an amazing blend of beautiful design and superior security. There are also many luxury accessories such as rice paper curtains, granite steps or top-quality woolen covers. We have to add that between 2006 and 2008, Toyota delivered four such sedans.