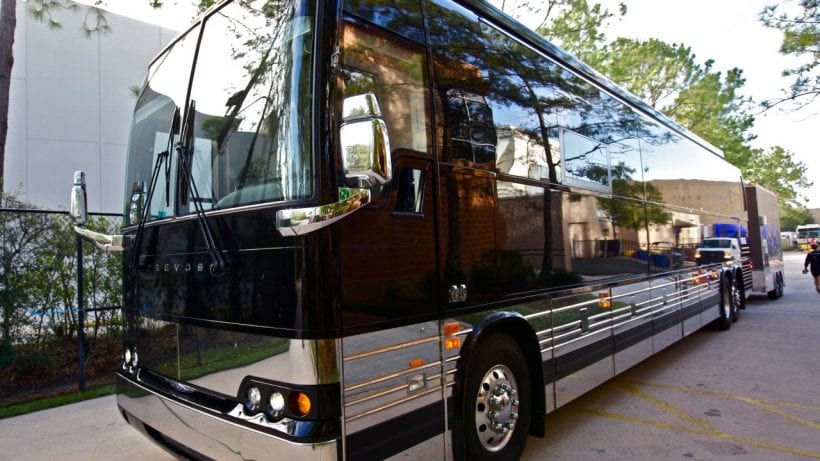 Hollywood A-listers are mostly accustomed to a life of luxury and they expect it regardless if they are in their homes or on a set. The problem is that often they film in remote locations, far away from civilization, and the nearest five-star hotel is too far away for a daily commute. The solution is to bring your own hotel wherever you go, in the form of a plush trailer that you can also use during the day while having a break. These trailers are the epitome of luxury and cost hundreds of thousands of dollars, but that is hardly a significant amount for movie stars and singers earning millions a year. Their trailers often have more square feet than the average home and they can follow them to any set in the world. Here are some of the most luxurious ones. 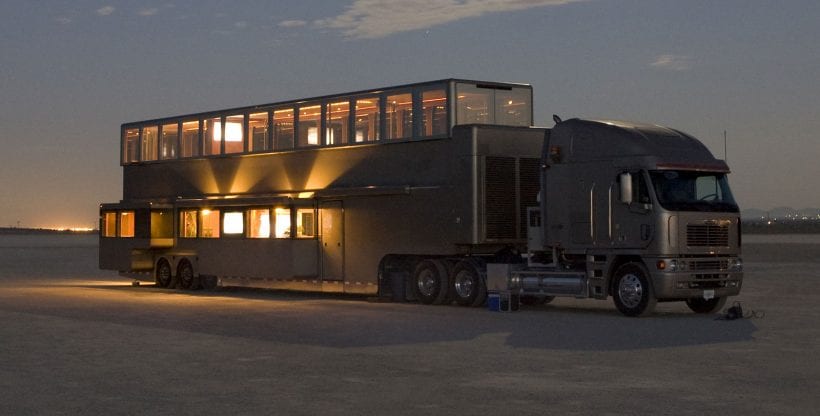 The star of Two and a Half Men and his own TV show Punk’d, Ashton Kutcher, is firmly established as a Hollywood A-lister. As such, he can demand the very best while he is on set, like this 1,100 sq ft trailer. The rent alone for this luxurious home on wheels is $8,750 per week. Kutcher pays attention to his safety, so trailer features cameras mounted on the outside of it, providing him with a full, 360-degree field of view of his surroundings, in case some of his fans decide to pay him an unannounced visit. 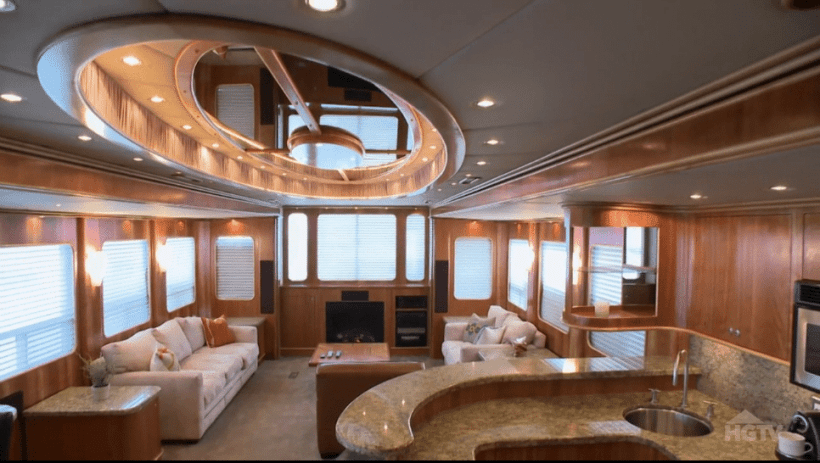 Leonardo DiCaprio had several smashing hits that brought him a small fortune, like Titanic, Inception, and The Revenant, which brought him an Academy Award for the Best Actor. It is only to be expected that such a star will have every imaginable luxury while filming and that his trailer will usually be the best on the set. 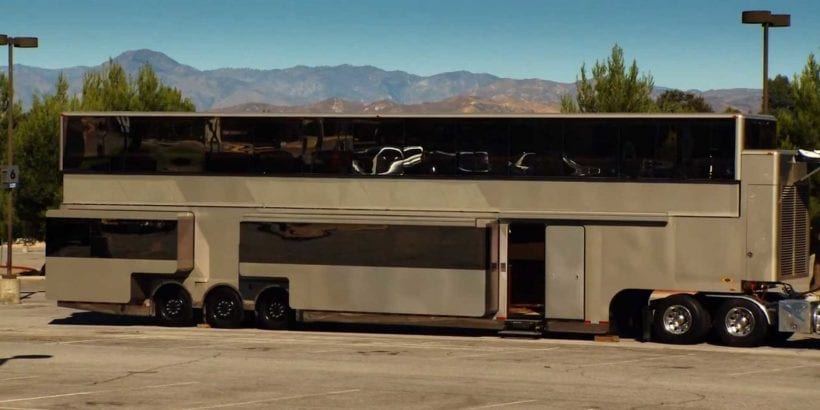 Will Smith is well-known for his demands, like always requesting the biggest role in the movie. That is the reason he turned down Django Unchained because he wanted Christoph Waltz’s part. Since he couldn’t get it, he decided to stay out of the project. Smith has similar reasoning when it comes to trailers, which have to be the biggest on the set and have ample room for his family as well. 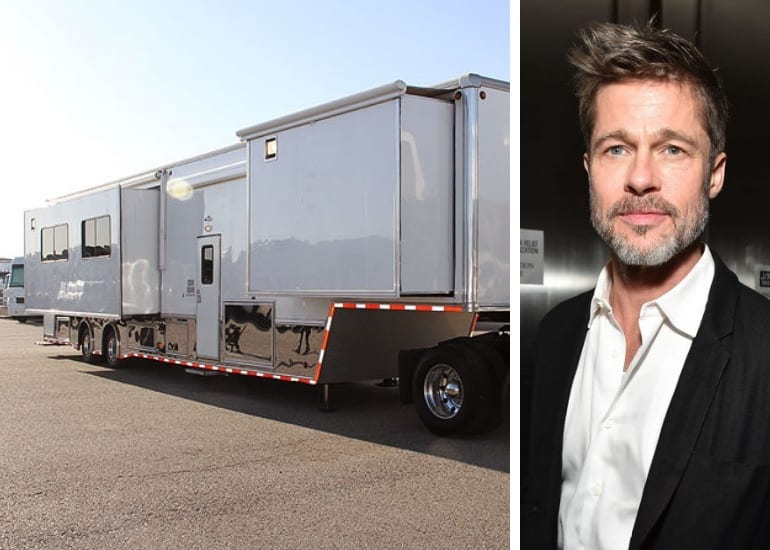 The former Sexiest Man on the World and Angelina Jolie’s ex-husband, Brad Pitt is one of the biggest stars in Hollywood history. His trailer is 48 feet long with four folding sections which almost double its size when fully extended. It also features a full kitchen that cost $60,000 to make, which is small potatoes compared to the $1 million price tag for the entire trailer. 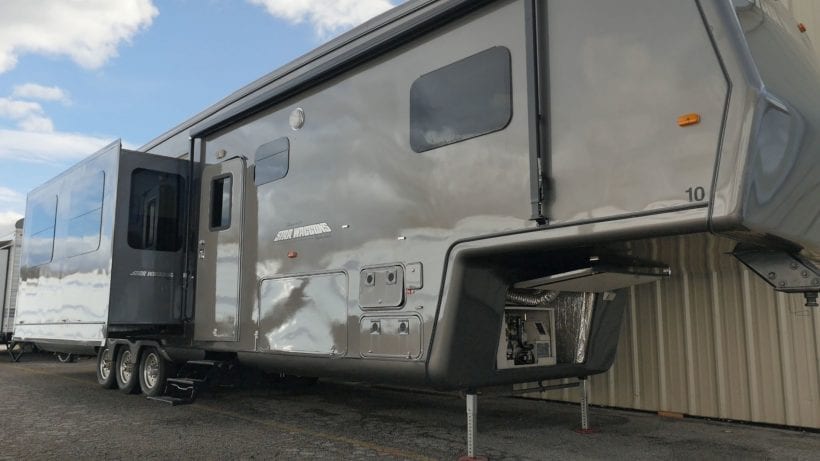 If you are a former actor named Waggoner, it seems logical that you should build trailers for Hollywood starts and that is exactly what Lyle Waggoner is doing. He recalls his days on the set in the 1960s: “When I first started, we had a plywood box with a little bed in it, a mirror and a light bulb over the top.” The trailers he makes today are a far cry from those humble beginnings. So far, he has made over 800 of them. 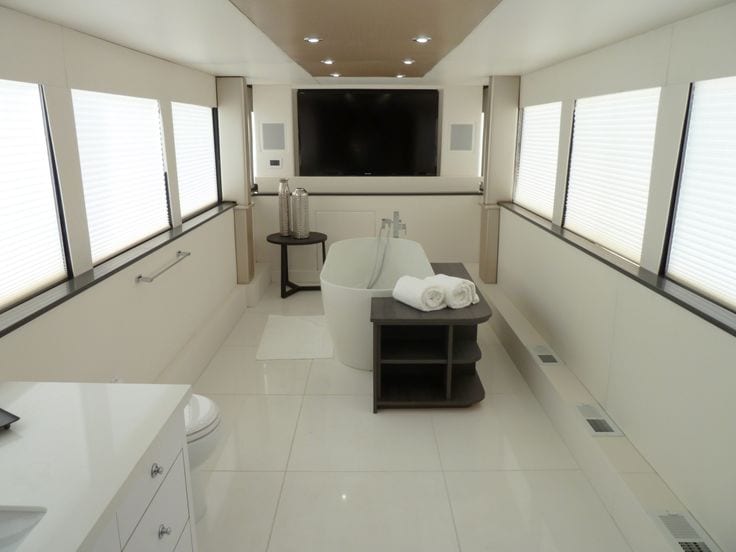 After spending a whole day on the set judging people and telling why they suck, Simon Cowell needs a luxurious trailer to unwind and prepare for another day. That is why he has a 40-ton trailer with 1,100 square feet, decked in leather, mirrored ceilings, and 60-inch TVs. The audio system consists of 26 built-in speakers so that Simon can hear every flaw in candidates’ singing perfectly.

Before her days as a lifeguard at Baywatch, Pamela Anderson was one of Hugh Hefner’s favorite playmates. Hugh wanted her to enjoy herself on the set and was worried about her safety, so he bought her a custom-made trailer, called Livestream. It was designed to resemble a penthouse. She later sold it on an auction. 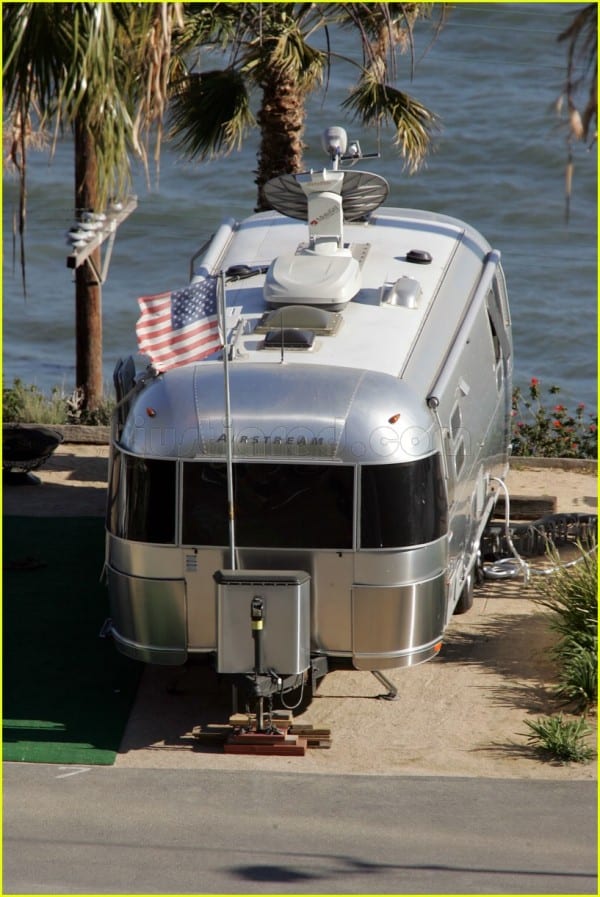 According to Forbes, Zac Brown earns $32 million a year. With such an income, it is understandable that he wants to stay in luxury during his often-grueling tours across the United States, which last for a better part of the year. Attached to a band truck called Cookie, trailer follows wherever Zac Brown Band performs and is always accompanied by a chef ready to prepare their favorite meals in its fully-equipped trailer.