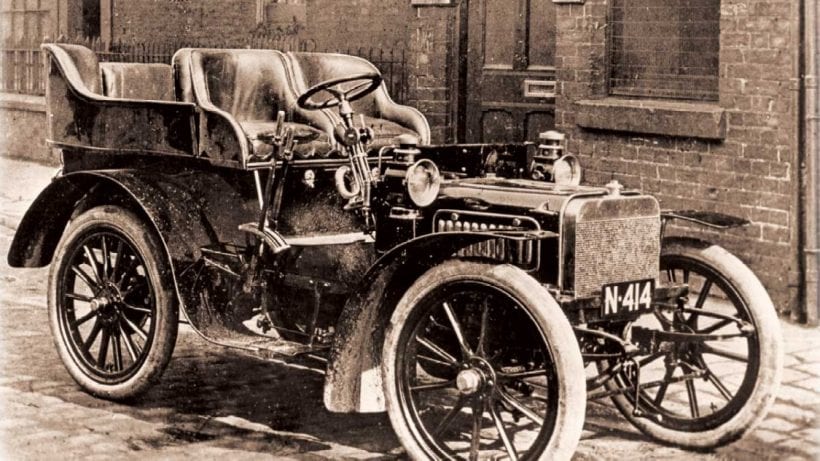 If you enjoy driving a car, there are several people who you should be thankful for bringing them into this world. These geniuses were crucial in early development and creation of something that we take for granted today, but was quite revolutionary for their time and have helped transform the world into what it is now. 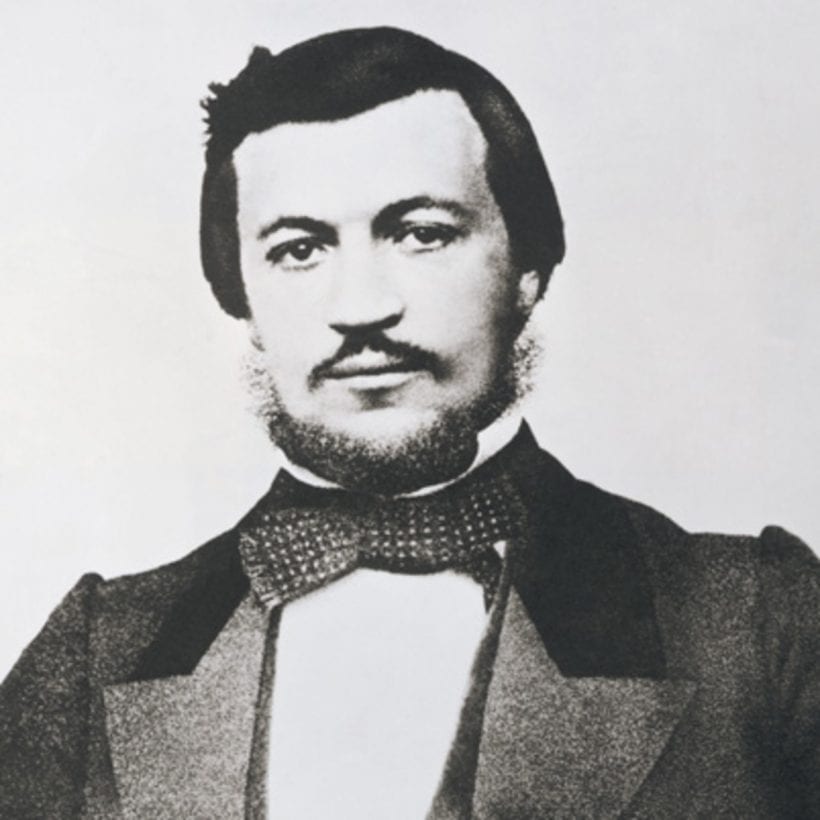 Contrary to the popular belief, Nikolaus August Otto didn’t invent the internal combustion engine. The first working prototype was created in the 1790s, almost 80 before Otto created a basis for today’s modern engines. It was a compressed charge internal combustion engine that ran on petroleum gas. It was called Otto engine and it employed the principles automakers still use today. One of those principles was the four-stroke cycle. Otto struggled with his invention for decades but finally made it work in 1876. At first, his engines were too large to be fitted in a vehicle and were sold only as stationary powerplants. The adaptation for car use came later. 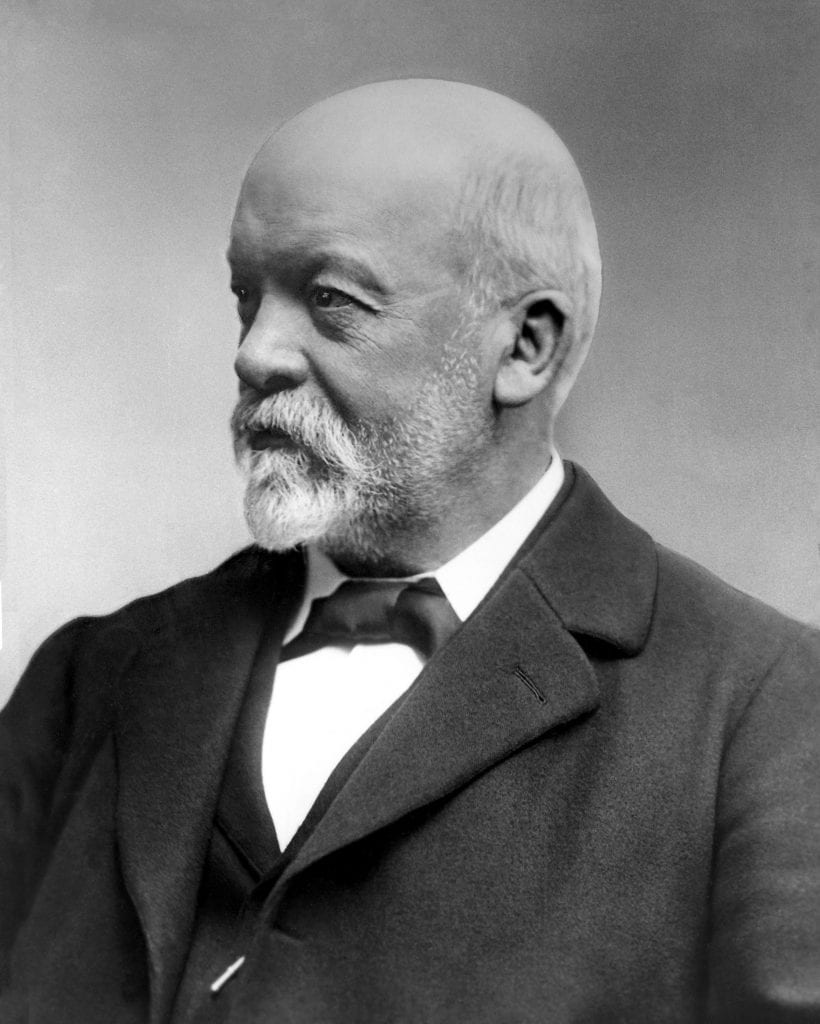 In 1872, Gottlieb Daimler served as a director in Gasmotoren-Fabrik Deutz, a company founded by Nikolaus Otto. A few years later, that company started production of the famous Otto engine. Daimler and Ott had a falling out, resulting in Daimler’s dismissal from the company in 1880. He went on and created the first internal combustion engine that could be fitted in a vehicle. He mounted it on a modified stagecoach, effectively creating the world’s first automobile in 1886. 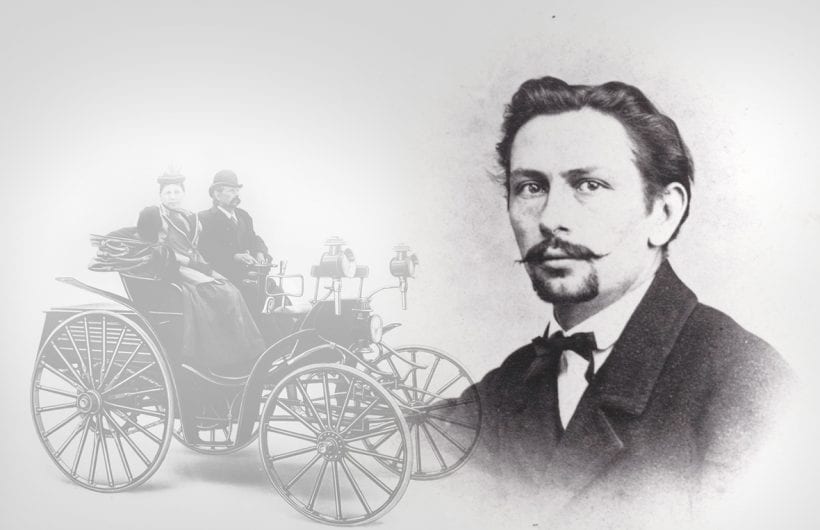 Daimler’s stage car may have been the first ever automobile, but it was Karl Friedrich Benz who made the first practical car and got a patent for it. It was created in 1888 and sold as Benz Patent Motorwagen. It was his wife, Bertha Benz, however, who first demonstrated the practical appliance of the new vehicle, by driving it 65 miles to visit her mother. It is the event that is being celebrated in Germany every two years by a classic cars rally. 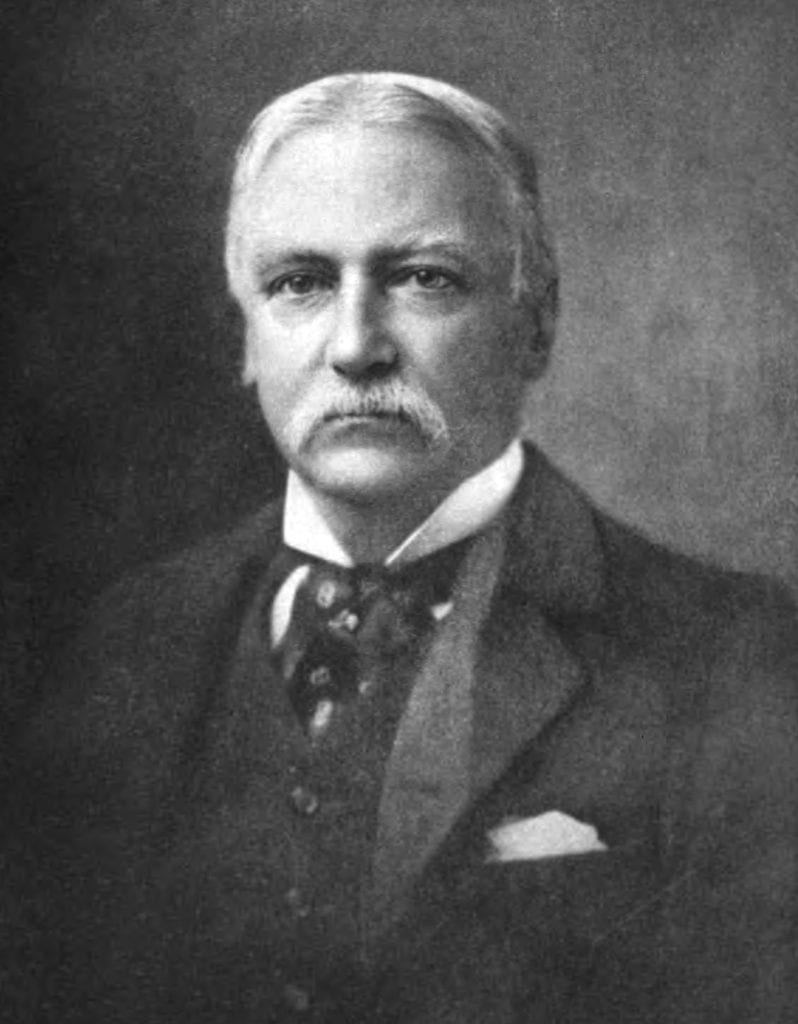 The automobile development in Europe soon caught the eye of the inventors and engineers across the Atlantic. One of the first to start meddling in this new mode of transportation was John William Lambert from Ohio. In 1891, he produced the first American single-cylinder gasoline car. He called it horseless carriage and started selling it. 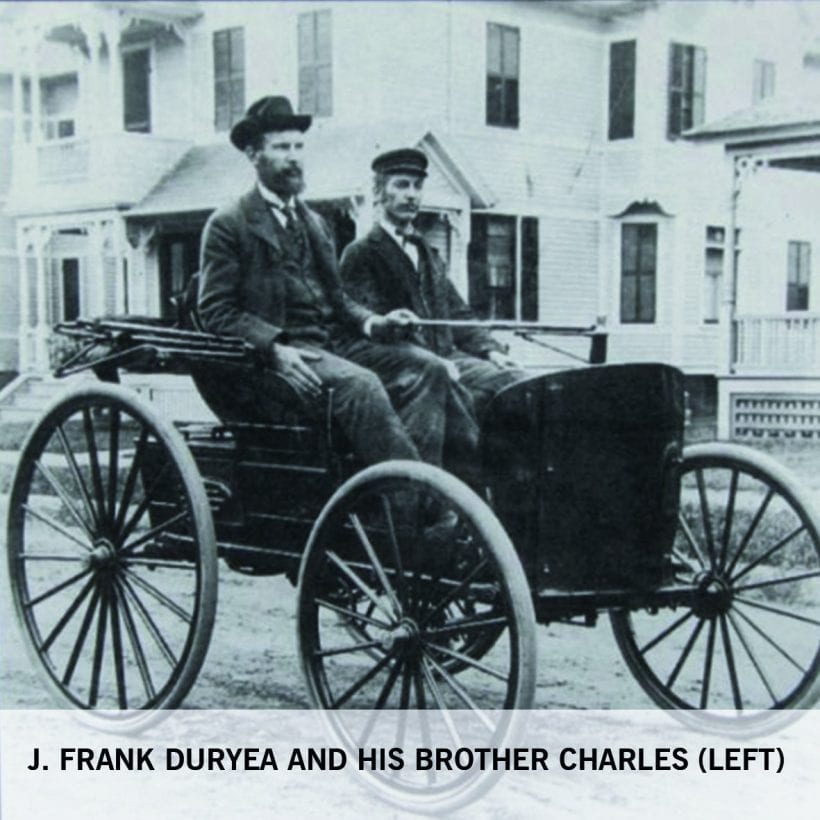 Charles and J. Frank Duryea were pioneers of the car industry in America. Together, they created the first commercial automobile in the United States in 1893. They had a similar idea Benz had. They bought a horse carriage for $70 and modified it with a 4 HP engine. Frank holds the honor of winning the first car race in America in 1895. 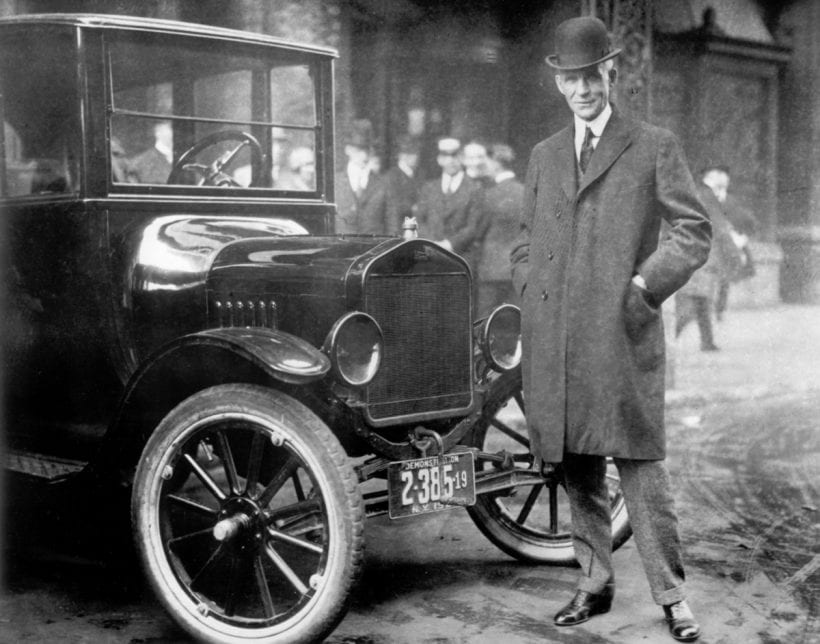 Henry Ford, the father of the automobile industry and the man who revolutionized mass production by applying the principle of the assembly line in his factories, invented neither the the automobile nor assembly line. Instead, he adopted them and, using his genius, created one of the largest industrial companies the world has ever seen. In the process, he revolutionized the transport system in America and profoundly influenced the entire world. Ford Model T is the first mass-produced car in history and is still among the top ten best-selling cars in history. From 1908 till production stopped in 1927, more than 15 million Ford T cars were sold. They were so predominant that in 1914 some estimates claimed that nine out of ten cars in the entire world were Model T. 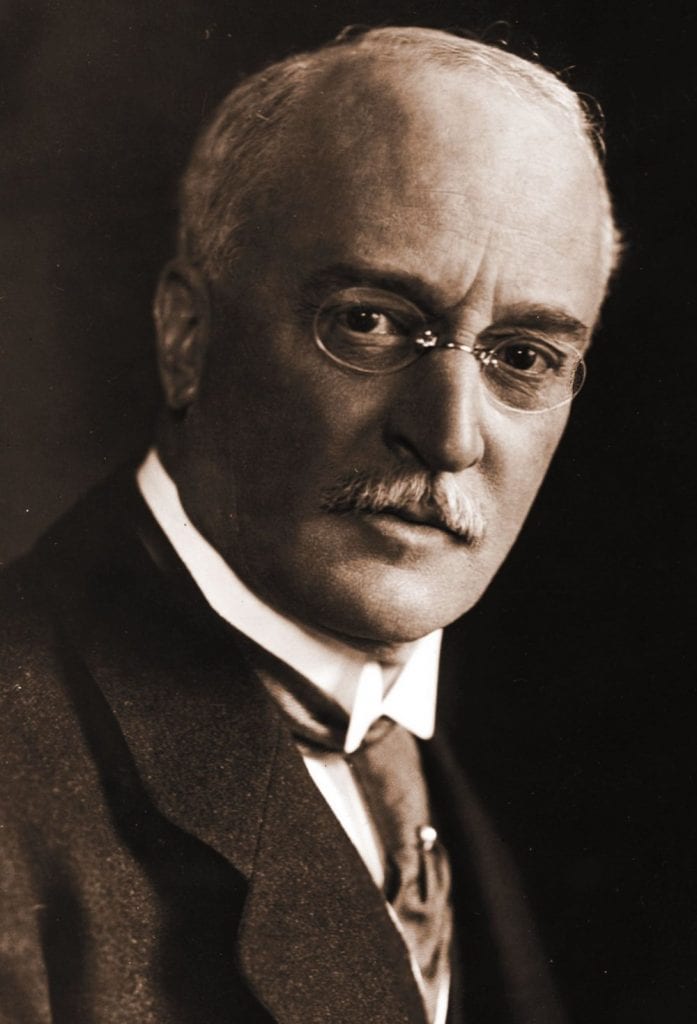 Rudolf Diesel was trying to increase the fuel efficiency of steam engines, which only used 10% in creating useful work when Karl Benz patented his motor car in 1886. Diesel later managed to design a compression-ignition engine based on Carnot cycle engine. It would soon become known as the Diesel engine and would eventually lead to a huge scandal involving Volkswagen in 2015. Due to its efficiency, the new engine found many applications, one of them being powering submarines. 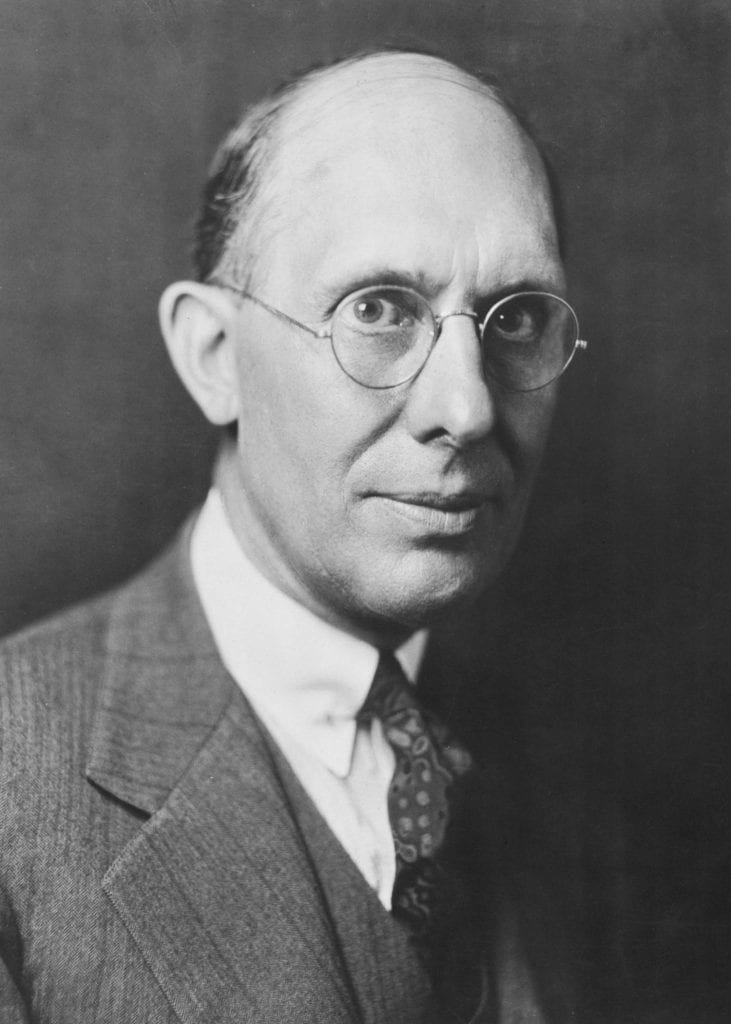 Charles Franklin Kettering is widely recognized as one of the most successful inventors in American history. As far as automobiles go, he is responsible for two major inventions. The first one was leaded gasoline. The use of this new fuel hugely increased the performance and fuel efficiency of internal combustion engines, but its side effects, including the healthy ones, led to its dismissal. The other thing Kettering invented was electric starter motor, so every time you get into your car and start it with a key instead of turning the crank, you should think of him.