Home
Toyota
2021 Supra GR, More Power and Faster than Ever 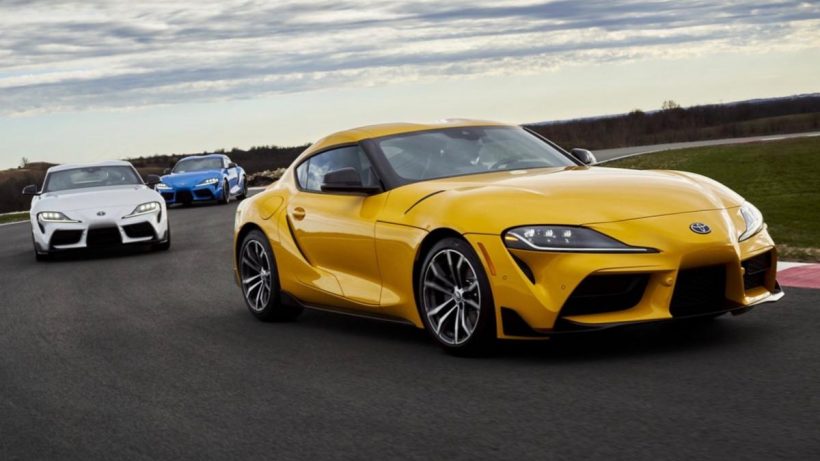 The company has also introduced a 2.0-liter-inline four-cylinder engine, which is a first.

You know for a fact, when reputed automobile journalists dismiss your car for replicating another car, then you can’t stay embarrassed for long. If it is the Supra, you’ve got to make a comeback.

The new 2021 Toyota GR Supra is an attempt to give a befitting reply to all those journalists, who reduced the car to just another BMW Z4. Despite sharing the same chassis and powertrain from the BMW, the Supra this time tries it’s level best to stand apart from the shadows of the Z4. 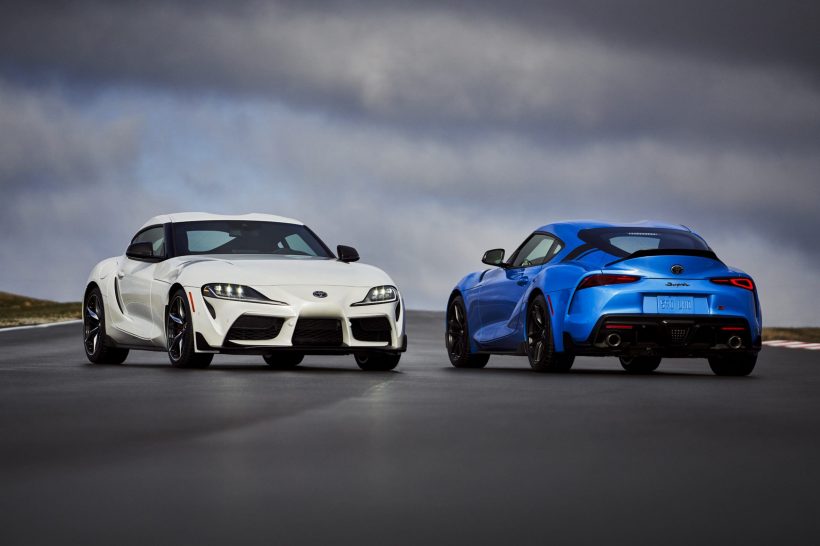 To achieve the above, the folks at Toyota retuned the 3.0 – liter in-line-six cylinder engine to raise the horsepower from 335 to 382. With peak power hitting in the 5,800 – 6000 rpm, the Supra did not just become faster but also a bit furious too. Maybe, it’s a desperate attempt by Toyota to make the Supra compete with the likes of Porsche Cayman GTS and the BMW M2 Competition.

With a top speed of zero to sixty miles per hour in 3.9 seconds and 0-100 in 9.5 seconds, the Supra manages to stand up to its peers. All this was possible by making many minute upgrades to the engine like the new dual-branch exhaust manifold, with six ports instead of two. New improved heat management and piston design reduce the engine’s compression ratio 11:1 to 10.2:1. The best part about this re-tuned engine is it likes to get rev with turbine-like-smoothness and produces higher torque at higher RPMs.

The new retuned chassis is also where Toyota gets some browny points. With more roll-resistance and enhanced cornering stability, Supra manages to balance riding and balance pretty well. By revising the programming of the Electronic Power Steering, Adaptive Variable Suspension, Vehicle Stability Control, the new Supra is more stable and quicker through turns.

But the engine is not just the novel factor in the new 2021 car. This year we will also get a Supra, that will feature a 2.0-liter-inline four-cylinder engine, which is a first from the company. The technology is the same found in the 3.0-liter-inline-six-cylinder engine, including the same twin-scroll turbo, direct fuel injection and continuously variable timing on both the intake and exhaust camshafts. The 2.0-liter baby Supra should not be taken for granted for Toyota has said that it can do a 0-60 mph in under 5 seconds. That is pretty impressive! The only down is that its speed has been limited to 155 mph. 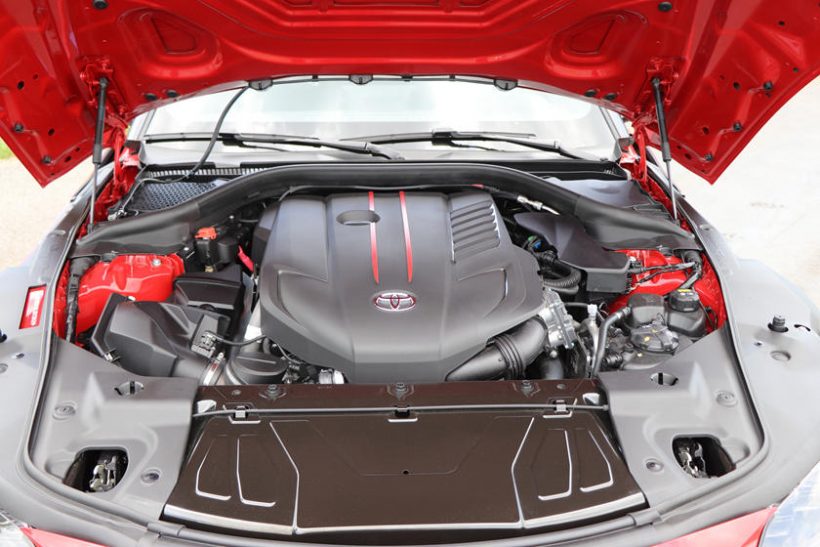 Having talked enough about what’s inside the hood. Let’s talk about the way the new Supra looks. At first glance, you might not find that many changes but it’s all in the details. This year, the Supra will have a special edition that will be available in two colors, Nocturnal or Refraction. The Supra’s concept car body features rear carbon fiber lip spoiler, matte black wheels, C-pillar graphics, and carbon fiber mirror caps.

Though the interior has many BMW elements, courtesy the switches, Toyota, with its exclusive A91 option, reserves the black Alcantra leather that will luxuriate your experience inside the car.

Apart from that, the 2021 model will feature an all-new 8.8-inch screen that will don the dashboard, it will also feature a lightly reskinned version of BMW ‘s latest iDrive interface.

The digital gauge display will be a standard offering on all the Supras’.

The driver-focused cockpit of the Supra feels tight. Despite, the double-bubble roof gives the impression of a good headroom space, tall drivers will feel the pinch for sure. Cargo space also feels compromised but a couple of duffle bags or a week’s grocery can easily fit in.

Being a sports car, the Supra consumes fuel like a gentleman and is more efficient than the Corvette, the Cayman GTS, and the M2. With 31 mpg on the highway, 24 mpg in the city. Combined consumption of 26 mpg makes the Supra a very efficient vehicle too. Though, official figures haven’t come out as of yet.

All in all, the Supra was a legend and when it was re-launched after 15 years, it made us hopeful. Toyota had hoped to regain that lost glory. The Japanese have made the most progressive cars in the past and the Supra was one of them.

From drifting to finishing the Nurburgring in sub-eight minutes, the Supra was indomitable. When Toyota re-introduced there most popular sportscar last year, everyone was excited hoping that the Supra will do wonders. But last year, somehow, the Supra felt more like a Z4 and down the line, it had lost its unique identity.

Now that the Supra has a retuned engine and chassis, the only thing that will be left to see is, is it better than the Z4?

An insulting question, yet a relevant one.

If you are interested in more details about new Supra GR and buying a Toyota for yourself, we suggest to click here and learn more about this wonderful car brand.