Porsche Mission E is not a new thing, as it was revealed at Frankfurt Motor Show in 2015. First fully electric car from Porsche very soon got a survival question mark, due to the special circumstances of Dieselgate situation, but in a heroic act, workers in charge of its future production, generously agreed to renounce their upcoming wage raises and other stimulates and secure its funding in that manner. So, 2020 Porsche Mission E has bright future and let’s see what do we know about it.

Porsche is planning to invest $740 million in its main production site in order to add extra assembly line and paint facility. Additional $320 million will be spent in other fields, while entire investment will create additional 1,400 jobs. Germans plan to make a profit by selling around 20,000 units yearly, which is quite above current Panamera sales, but the model is designed to sit below it, and it should carry a lesser price tag. 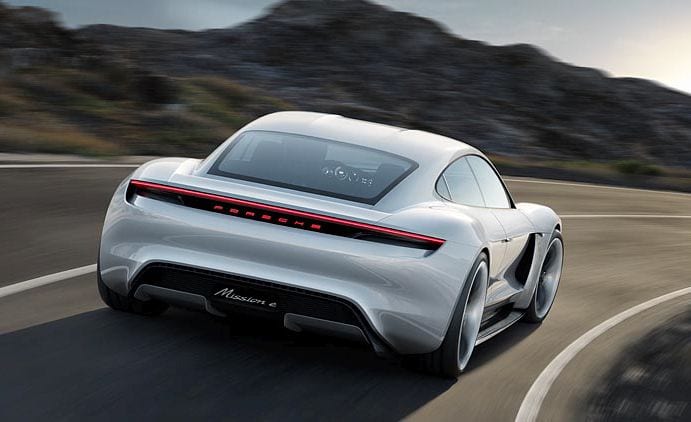 The central part of any Porsche is clearly performance section. Here, Germans looked for help in its own 919 Hybrid racer used in Le Mans racing and ended up with two electric motors and 800-volt system. Mission-E will deliver 600 hp from the beginning, which would be enough for 0-60 time of 3.5 seconds. In corners, it will be useful as any other Porsche with four-wheel steering and torque vectoring system.

Expected range is at 310 miles, which is a figure sounding very good for today’s standards, but by 2020 it might become average. The bright point is a possibility to charge 80 percent of the battery in 15 minutes, which also implies the use of fast charging network at minimum 150 kW.

German model could be charged at Tesla’s charging points with a special adapter and vice versa, but it is unknown whether Americans will be ready for that type of cooperation. Anyway, there is a long way ahead Stuttgart company in the creation of charging infrastructure, so they better get onto it.

Panamera already got digitization inside, so expect something similar for this model. The concept featured instrument panel separated from the dash, then another screen across the whole dash and one on the lower center console, with an absolute lack of any buttons and knobs. The screens have gesture control feature and even eye-tracking ability. Expect Mission-E to be capable of over the air updates, as Tesla currently use, which could also include future’s power boosts.

Also, it will show many autonomous driving features but not the full mode, as Porsche declared themselves. Anyway, if Porsche switches to fully autonomous driving one day, that day automotive world is officially dead, as the car became private “public transport.” 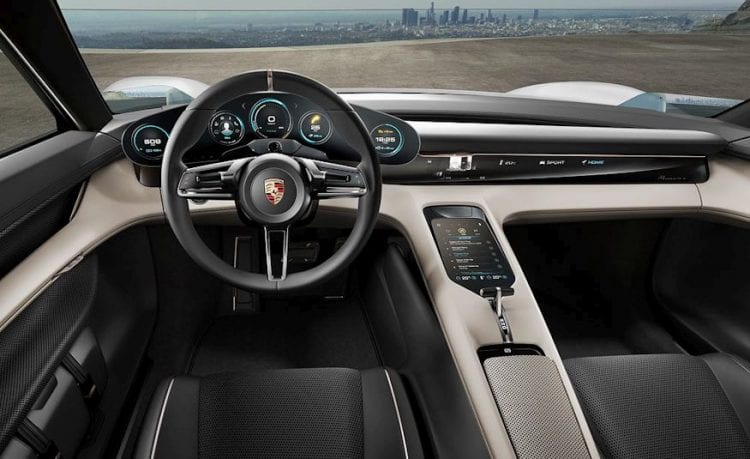 WHY, WHEN, HOW MUCH…

Porsche already developed quite a lineup of hybrid models and let’s just state that most expensive and quickest, aka flagship model is hybrid powered Panamera, so it is natural to turn attention to the higher grade of electricity use. 2020 Porsche Mission E is probably going to hit the streets as number suggest, maybe year earlier, while prototypes should begin testing this year.

Price is unknown but it will be below Panamera’s, so possibly in line with Tesla Model S. Tesla’s bright future doesn’t seem so bright, as Model X is about to be seriously threatened by Jaguar I-Pace, while Mission E will be probably capable of severely hurting its sales figures when it arrives.