Ink on the paper hasn’t dried yet, from our writing about redesigned GLA just recently and already we can write about new generation spotted testing hidden under heavy camo. That shows how serious Germans are doing their job and gives us hopes that upcoming 2020 Mercedes-Benz GLA could be a step closer to perfection.

A-Class was a flawed car from the beginning. Starting from infamous roll over during elk test, to the Sandwich technology dictating the shape and finally total abandonment of the idea, platform, design and even segment with the current generation. So, the current version is a compact hatchback, incredibly visually alluring, but also cramped and with build quality below brand’s average. SUV-ish GLA model is practically raised A-Class, so it shares all the good features and with that all the bad stuff also and there are a few of it, so next generation could bring a lot of novelties to the game.

As mentioned, there is room for the improvements when new GLA is concerned, and same ones as for new A-Class which is also strolling along with camouflaged body. One of those things would be an increased offer of space inside the cabin, so new GLA has to grow up, at least a little bit beside implementation of new configuration inside of it. Judging by the spy photos it did. 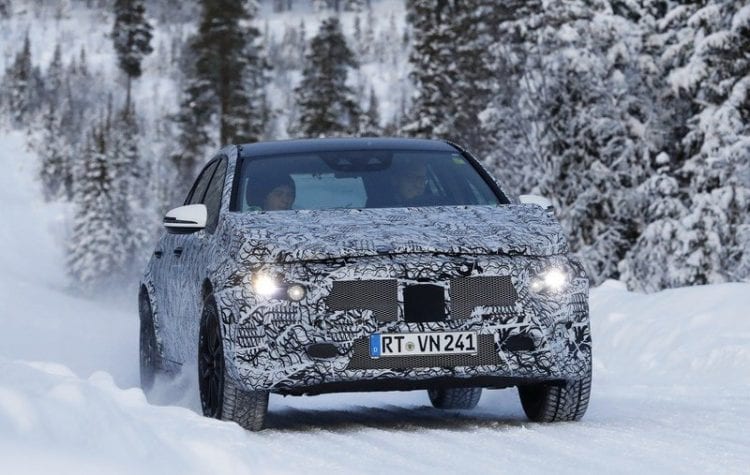 It appears longer and wider, also with raised ground clearance. Side profile lost existing raising waistline, but roof carries steeper slope to it, but that shouldn’t compromise head space at the back, as that was one of the flaws with the current model. Rear doors also look larger, which will improve in and out operations. As far as design is concerned, there is little to be said, due to the heavy camo and even the lights are probably just decoys and there for test purposes only.

At this moment not even one picture exist of it. We all expect completely new interior setup, this should address space issues and refinement ones while retaining interesting design. Future problems with a new more crooked roof could be resolved by lowering rear bench, while current boot, which is between smallest ones in class, should see some volume increase along with rest of the cabin. Also expect new Comand infotainment system, and it is uncertain whether it will retain separate screen or it will be dash implemented. The new one will certainly feature a bigger display and presumably improved resolution as GLA was lagging behind BMW and Audi in that area.

New GLA will use updated MFA platform just as a new A-Class, now designated MFA2, which implies less weight and more drivetrain options. Current offer in the US consists of 2.0-liter delivering 208 hp and 258 lb-ft of torque in GLA250, while AMG GLA45 carries 2.0-liter powerplant boosting 375 horses and 350 pound-feet of torque. 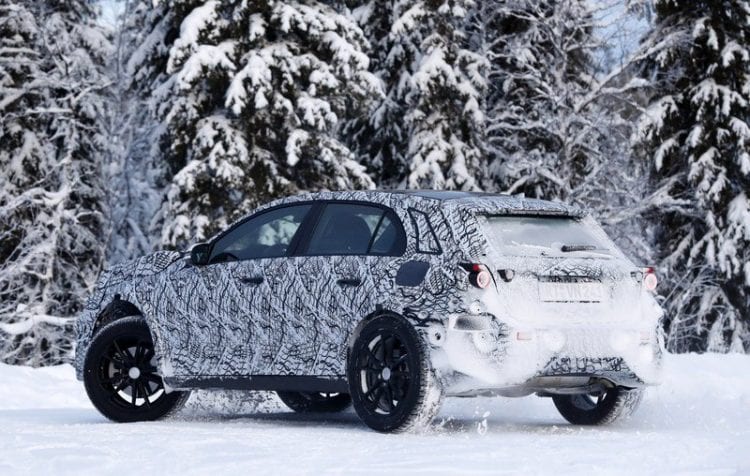 GLA250 could see an increase in power to 230 horsepower and 270 pound-feet of twist, while AMG could go up to 385 hp and 360 lb-ft. European engine offer will stay with much wider petrol options and more than one diesel choice. Also in the US 4Matic AWD will come as standard, while in Europe it starts with FWD, and probably same manual and 7-speed gearbox are going to carry over to the new generation.

Hopefully 2020 Mercedes-Benz GLA could resolve some sore spots with the current generation, but retain all of its funkiness and trendiness which made it so popular. We saw from photos that new one is bigger, so that indicates the solution of space and luggage issues and if that is followed by proper brand’s refinement and updated infotainment system, we predict even brighter future for it.