Ever since Ford announced that they plan to rebuild and reintroduce this classic SUV, fans around the world have been ecstatic about it and every information remotely connected to the topic is big news. So far, we know that the new 2020 Bronco will be manufactured in Wayne, Michigan as a 2020 model year vehicle. The chairman of UAW Local 900, Bill Johnson has confirmed that information before the US Presidential Elections.

The Bronco is not the only car that will be given a new opportunity. Along with it, the Ranger will also be rebuilt in the same facility. So, instead of Focus and C-Max, the Wayne plant will manufacture the Bronco and Ranger in the future. These two models will have the same platform which will have a body-on-frame configuration. Although there is no way that the platforms will be the same, Ford is expected to use more aluminum than they have on any other vehicle.

There will be a difference in the Bronco’s and Ranger’s powertrains. Although it is expected that the Bronco will have fewer engine options, it should include a few gasoline units. It would not be too surprising to see a hybrid version, whereas it is expected of the Blue Oval Automaker to expand its EcoBoost lineup. 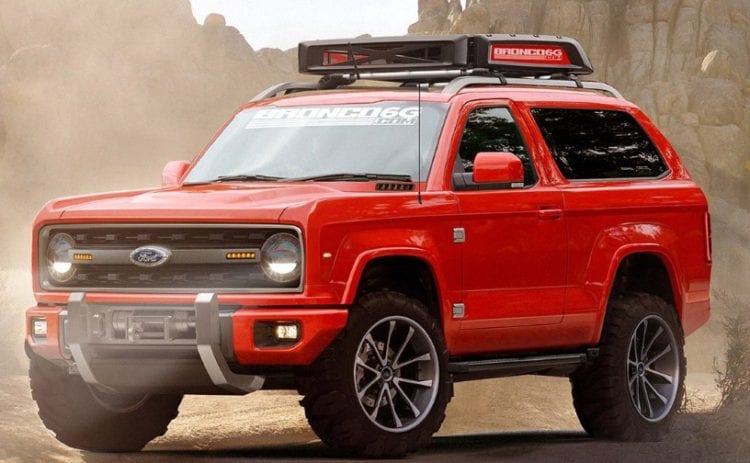 Either way, the Bronco might not come with all-wheel-drive as standard. Since the vehicle is scheduled to arrive in 2020, which is four years ahead, this decision might be changed within that period. One is for sure, though, the Bronco will be equipped with Ford’s top of the notch multimedia system. Unfortunately, we still have not seen the design of the vehicle, but hopefully, we will be getting spy photos soon.

Ford probably won’t change the looks of this SUV too much and is expected to keep its boxy design. However, the vehicle will probably have a slightly different, more modern silhouette. The main thing is that it will hopefully come adequately equipped.