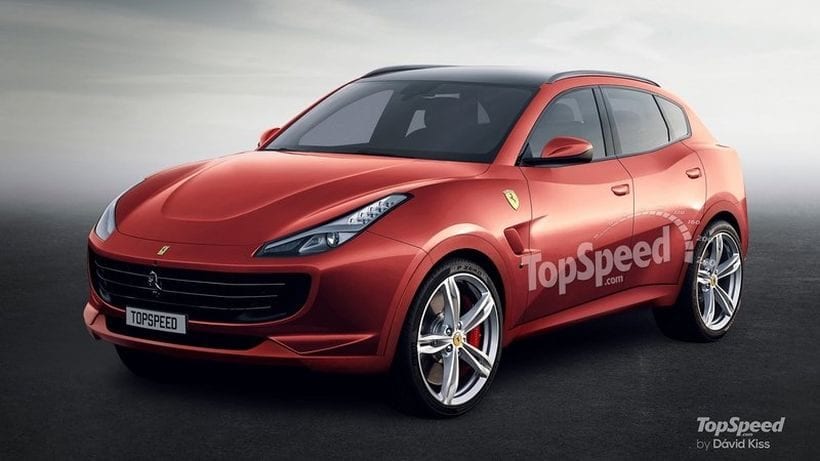 Ferrari is pure sportscar manufacturer. The lineup consists of supercars, hypercars and grand tourers, no four-doors, no ground clearance, no EVs. The only compromise would be LaFerrari with a hybrid powertrain, but since the electric part is used for more power actually not spoiling anything, we won’t hold the grudge for it.

Furthermore, FF and now GTC4-Lusso might be a bit unconventional with the shooting-brake body, but still not enough to spoil the immaculate brand image. While Lambo went mad in 80’s by offering V12 powered SUV, Ferrari did reveal, before that, Pinin in sedan shape, but quickly gather its senses and everything remained in the form of a concept car. The big question would be, could Maranello supercar maker broke the badge purity and go with, let’s say 2020 Ferrari SUV in search of profit?

OTHERS ARE DOING IT

That might be the first that pops to your mind. Yes, others are doing it, but it is not so simple. Bentley produces luxury sedans since always, so it is not so strange for it to build Luxury SUV, and same would go for Rolls Royce. Full-size luxury SUVs are considered for some time as a proper alternative for the same type of sedans, and currently, sales of Mercedes GLS surpass those of S-Class in the US. So, there is nothing strange with two British ultimate luxury marques going for it. 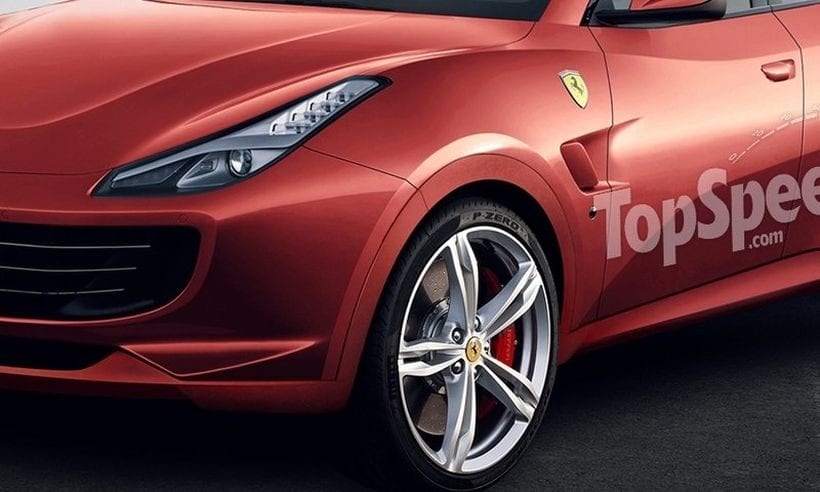 As for Maserati, well it had large sedan or Quattroporte all the way from 60’s, and we have executive class Ghibli now as much as we had Biturbo sedan models in 80′ and 90’s. Same goes for Aston Martin which had sedan offers on and off from 60’s, from Lagonda Rapide to Lagonda and finally to current Rapide. It even went as far as offering city car in 2011 or Cygnet, which was nothing more than rebadged Toyota iQ. As for Porsche, it was sportscar maker rather than supercar one, with occasional hyper offers as 959 and Carrera GT, but it was much easier to accept SUV and sedan from a brand where starting price point begins at $50k.

THAT MAKES FERARRI THEN?

Well, different. Apparently, most of the mentioned brands had wider offers or drifted from set course in the past, even Lambo did it, while Ferrari hasn’t ever. It is easier for Lamborghini to repeat SUV episode with upcoming Urus as they already did it before, on the contrary for so far spotless Enzo Ferrari vision. 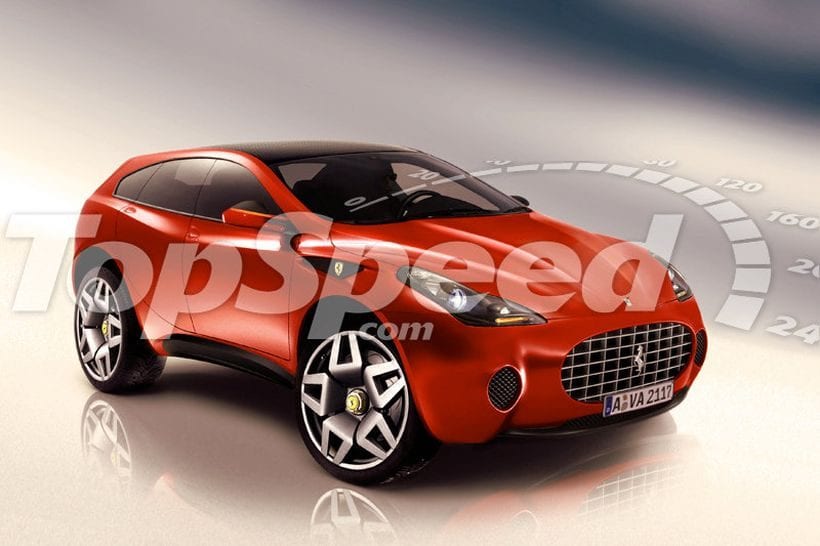 So, it would be tremendously hard for Maranello to spoil that now, and it is very strange to imagine that, as much as thinking about McLaren doing it, one more pure history brand, offering an SUV.

IF YOU REALLY WANT TO IMAGINE

If you are not Ferrari enthusiast and you are persistent in imaging how could 2020 Ferrari SUV look, website Top Speed last year offered a rendering. In their imagination SUV was based on GTC4-Lusso which was an obvious choice, since it is most spacious, most comfortable, most luxurious thing in the lineup with actually usable rear bench. They also speculated that SUV could borrow V12 engine from FF model, today that would be from its successor GTC4-Lusso, one without the “T” letter, which could even adopt its AWD system. The 6.3-liter V12 currently delivers 690 hp and 514 lb-ft of torque which could seem too much for an SUV, but thing like Trackhawk actually came to existence, so… We would also add something like 3.9-liter turbocharged V8 from California T model rated at 560 hp and 557 lb-ft at least as a base offer.

AND NOW FORGET IT

Ferrari SUV is not going to happen. Former CEO Luca di Montezemolo was pretty clear about keeping Ferrari purist satisfied, so is current CEO Sergio Marchionne which literally said that SUV could happen only if somebody shoots him first. Even if something like that happens with other brands, it is clear that no matter who the CEO is Ferrari is sticking to its principles, and we should all thank them for doing that.