Home
Medium Cars
Rumors
Trucks
Volkswagen
2019 Volkswagen Atlas Pickup – Should They Do It?

VW introduced Atlas at LA Auto Show in November, while delivery is yet to start. It is the largest SUV in Wolfsburg’s lineup, much bigger than same segment mid-sized Touareg, which eventually plays more on the luxury card. It is intended for the US and China market, while it will avoid Europe where mid-size non-premium SUV segment pretty much falls on just Korean offer.

While we weren’t even able to see any of Atlas on the streets yet, already imagination went wild when chief engineering of VW North America Dr. Matthias Erb disclosed that Germans are thinking about pickup segment. Does that mean that 2019 Volkswagen Atlas Pickup is actually a possibility? Let’s think about that for a moment. 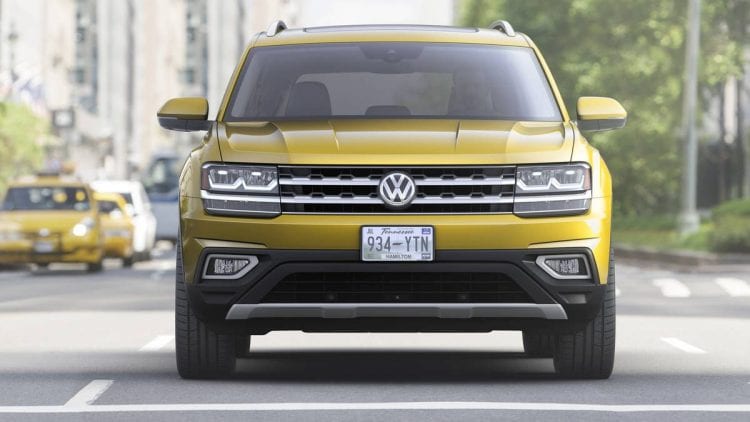 In a recent interview, Dr. Erb mentioned usual expectations from every truck in the form of the body on frame chassis, but it also stated absolute reign of US brands in that field, leaving other possibilities alive. VW shouldn’t even think about going full size as Nissan Titan and Toyota Tundra didn’t have much of a good time confronting Chevy Silverado, GMC Sierra, Ram 1500 and finally Ford F-150. The situation is much better in a mid-size truck segment where Japanese’s Tacoma and Frontier manage to lead the story with more than decent sales figures, and although sole numbers are way smaller than in upper echelons, they are too good to be dismissed.

Now, you may state that German’s already have the mid-size truck or Amarok, packed with a traditional ladder frame and a solid axle at the back. It is sold in Europe, but the brand has no intention of bringing it to the States.

SO, DOWN TO ATLAS THEN

If traditional rugged Amarok doesn’t care about the other side of the ocean, it is unreasonable to expect that VW will design different one from scratch, but keep the same concept. So, what Germans can do is something that Honda did. They can remove part of Atlas roof and offer unibody pickup truck, same as Honda did with Pilot transforming it to Ridgeline.

Crossovers are for luxury and comfort, trucks are for capability and toughness. And that was until Ridgeline appeared, trading second part of the previous sentence, while introducing, haven’t seen before, first part. So, Wolfsburg might just do that. 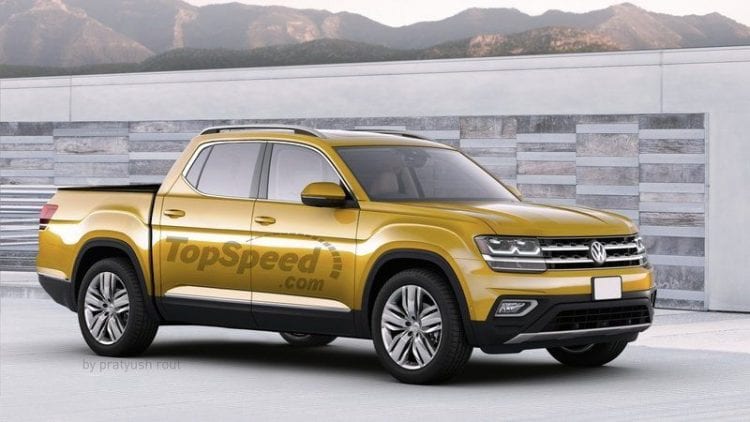 If it happens, the truck will carry Atlas fascia, which would incorporate nicely as it is rugged and boxy. The cabin would appear lavish and outstanding, even outshining Ridgeline in refinement, while traditional interiors from other rivals couldn’t even try to compete. Road behavior would correspond to the one of Atlas, meaning incredibly comfortable and well-behaved one compared to pretty much any standard pickup.

On the downside, monocoque chassis with independent suspension couldn’t even get near off-road and towing capabilities of traditional rivals, while hard twisting of it is better to be completely avoided. Anybody having hard work in mind should search further, same as with Ridgeline because this type of truck just cannot deliver it. And from that reason, single or extended cab configuration hardly make any sense, so Honda offers only crew cab configuration.

That would also imply that price would be around $30,000, as for Ridgeline, which is $10k more than starting price of other competitors. When you think about it, that is actually fine, mainly because, when those rivals reach crew cab configuration with fancier cabins, we are already at that same price mark. 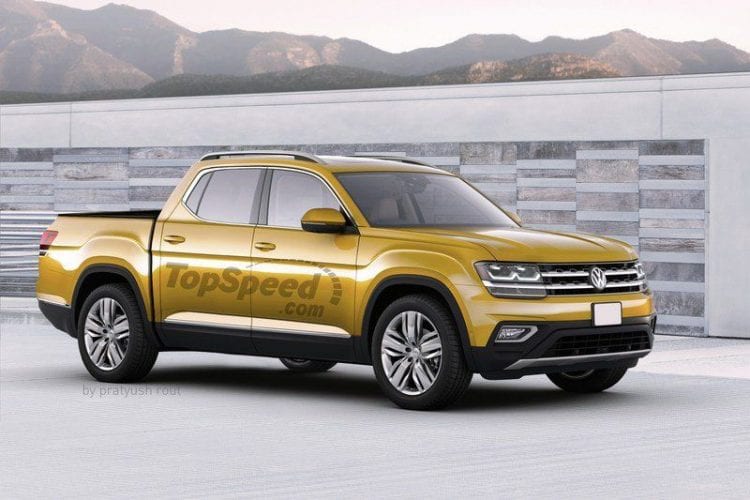 SHOULD GERMANS DO IT?

Tough question. They don’t have money to throw around at this moment, as we all know, and they should examine the whole thing more thoroughly. Being luxury and comfortable is nice, but is it needed in one truck, which is working utility first of all? If you want comfort, you’ll go for Pilot, not Ridgeline as the vast majority of buyers did. Selling over 20k units last year of Ridgeling is nice compared to previous years but quite short of around 100k for Nissan and Chevy, let alone about 200k for Toyota.

Stripping the truck from its traditional capabilities, or its essence in that manner, and adding something nice, but not intended for it is risky. We’ll conclude by saying that 2019 Volkswagen Atlas Pickup is still under a big question mark.