Toyota has been quite lazy when the full-size segment is concerned in the America. Sequoia is a decade-long present on the market in its second generation, while things with Tundra are even worse as you can add one more year to the mentioned decade. Even dated Ram is three years younger, and it is better for us not to enter the story of how much attention Ford and GM give to their trucks. Japanese carmaker could argue critics about extended life span because for some reason sales are steady in recent years, but a new generation could hardly spoil them.

Anyway, Tundra manages to outsell only Titan, in which case Nissan was even lazier and waited 12 years to introduce a new generation, which happened two years ago. To make everything clear, we don’t have official information about the successor, but rumor has it that it might happen next year. Let’s see why we really need 2019 Toyota Tundra to happen.

Fortunately Japanese has pulled some visual changes over the years. We had mild revision several times and proper facelift in 2013. Mentioned refresh brought significant visual improvements especially with more massive and menacing front fascia, always in demand for full-size trucks. Yet, that happened four years ago, at the same time when GM revealed new Silverado and Sierra, and one year later Ford introduced new F-Series. Nissan brought brand new Titan last year, so Tundra is at first sight obviously visually dated, and the new model is needed urgently.

There are no spy photos or anything similar yet, but you can see what website Top Speed had imagined about future Tundra, incorporating Tacoma styling cues with it. Toyota has started to follow Lexus design policy of extreme boldness which is quite noticeable with newest Camry, but that type of visual exhibition is hardly going to make its way to full-size truck segment. Still, if an only moderate dose is applied, we could have something interesting in the future to look for. 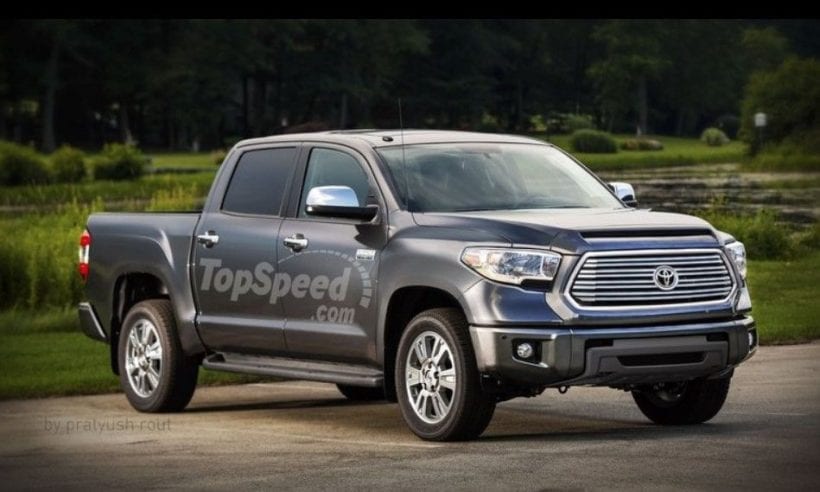 We know that in the US, there is a certain number of buyers, which is a quite abundant one, choosing their trucks for luxury purposes. Despite that might seem contrary to their original mission, things are what they are, and F-Series in Platinum trim and GMC joined by Denali are not rare things on the roads. If Toyota want’s to enter that game, new Tundra will have to top its current offer of luxury and maybe introduce new top trim.

That also means that current biggest 18-inch alloys must grow at least two inches in size. Things like Apple CarPlay and Android Auto are practically mandatory these days, while Tundra doesn’t have them as well as it doesn’t have an 110-volt outlet and more than one USB port, so plenty of areas yearning for improvements these days.

UNDER THE SKIN WORRIES

Under the hood, at this moment we have 4.6-liter and 5.7-liter naturally aspirated V8s. First is good for 314 hp and 327 lb-ft of torque, while second for 386 hp and 401 lb-ft. Ram delivers 395 hp from 5.7-liter Hemi V8, while GM trucks go far above when equipped with 6.2-liter V8 boosting 420 hp. So, the new Tundra will probably improve hp figures, and more importantly fuel efficiency and emissions.

As for the transmission, 6-speed automatic appears as stuff from history compared to Ford’s and GM’s 10-speed thing, so we should expect more gears in future. Also, Tundra currently can tow 2,000 pounds less than Silverado, and it is on the rare side with not using a fully boxed steel frame, so expect changes in that direction also. 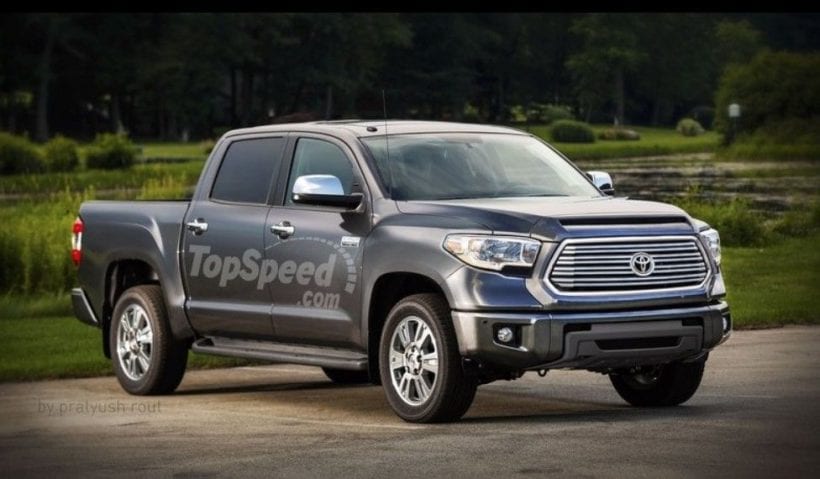 2019 Toyota Tundra is the solution to all mentioned problems that plague current model. There was nothing wrong with it from the start, but years are passing, and things are always progressing in the automotive world. That is why we need new Tundra, and that is why there is a great chance that Toyota shares the same opinion and that they are already in serious development of one.