If we try to recollect some of hottest Toyota’s vehicles, name Supra will definitely surface. It was quite a thing in the 90’s with its twin-turbocharged inline six boosting 320 hp and propelling the coupe to 60 mph in incredible 4.6 seconds which was quite a feat back then. Last Supra rolled off the assembly line in 2002, and to this day Toyota hasn’t surprised us with something that ferocious if we leave aside Lexus.

Yes, we agree that GT86 is incredibly fun, rear-wheel drive coupe powered by boxer motor, but paper figures of 200 horses and something below 8 seconds for 0-60 time is far from truly exciting and main reason for somehow disappointing sales. That is why 2019 Toyota Supra is coming to the picture primarily to evoke some sportiness again within Japanese brand. 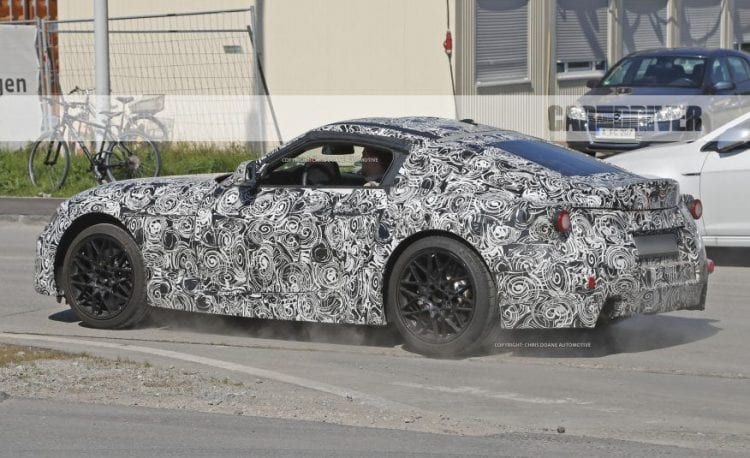 First hints that something special is brewing within the brand was the revelation of FT-HS concept in 2007, which was coupe powered by hybrid system delivering more than 400 hp. Then in 2013 beautiful FT-1 concept car was shown and we all prayed that new Supra borrows its lines and curves. Rumors are suggesting that Tokyo Motor Show in October is about to host new Supra but only as another concept.

On the bright side upcoming concept will have a lot of similarities to the production model, so after it hits the stage, we’ll know exactly what are we waiting for.

In order to offer new Supra, Toyota has entered into the alliance with BMW, so it is a joined project, and it would be interesting to see what is going to come out of it. There is no any styling or any other similarities between two brands and yet new Supra will act solely as a coupe, purely for the reason that roadster version is about to be presented as the new Z5. We saw how it looks like when Italians and Japanese join forces, and we could say that the job was well done.

Fiat’s Spyder, apart from the interior, appears visually totally different than Japanese’s Miata, it drives completely different and even has different powerplants in the lineup. Let’s hope that similar recipe will follow here also, and it has too, as BMW’s Z4 has never been a shiny spot in brand’s lineup when sharp cornering is concerned.

We all expect it to look and share many similarities with the FT-1 concept, at least that is what we wish for, but judging by the spy photos we’ll have to settle down with something in the middle. Huge decklid spoiler is evidently present, as well as double exhaust and maybe even similarly shaped taillights. The front fascia is a different story, and as far as camouflage letting us see, it doesn’t feature so many cues from concept, but it incredibly evokes memories of last generation Supra.

As far as future power is concerned, no GT86 mistake will reaper, as possible base offer could be 2.0-liter turbocharged I4 delivering 242 hp for a start or 300 hp in spicier form. Besides, that new 3.5-liter V6 with two turbochargers could boost over 400 hp, and since it is Toyota in the end, hybrid version could follow too. Anyway, when concept sees the light of the day, many things will be clear, while 2019 Toyota Supra, as well as BMW’s Z5, are about to hit the showrooms in the second part of 2018.