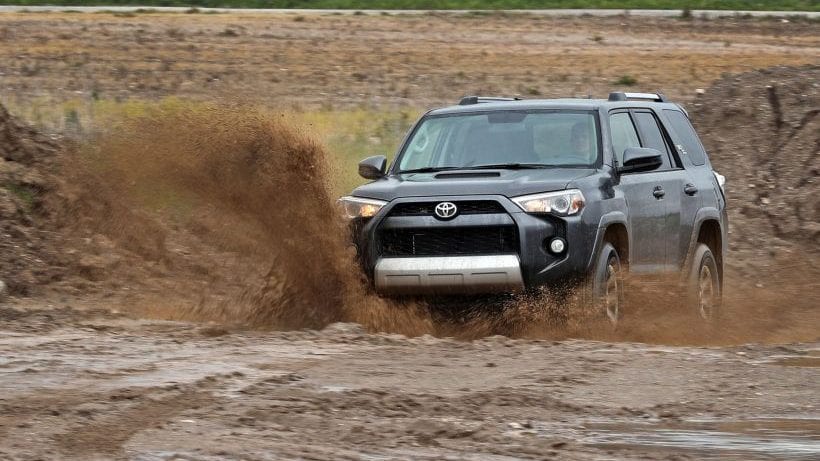 Toyota 4Runner is one of the most reliable SUVs on the market. Most models on today’s market have switched to unibody chassis, and are tilting towards being crossovers. 4Runner in the mid-time retained its body-on-frame build, and it will continue to do so with 2019 Toyota 4Runner TRD Pro. The new version will bring even more capable suspension system which further separates this SUV from competitors.

On the outside, as we are accustomed from 4Runner, the changes are minor. The most obvious novelty is the new roof rack. Its bars are now ticked black and fit 2019 4Runner perfectly. With the addition of this bar, Toyota claims new model now has even more cargo space. On the front end, you will also notice a new pair of LED fog lights. The TRD logo is now painted in red, but we wouldn’t call this an exterior update, or even if it is, it’s a minor one. The wheels and tires are the same ones from the previous version. 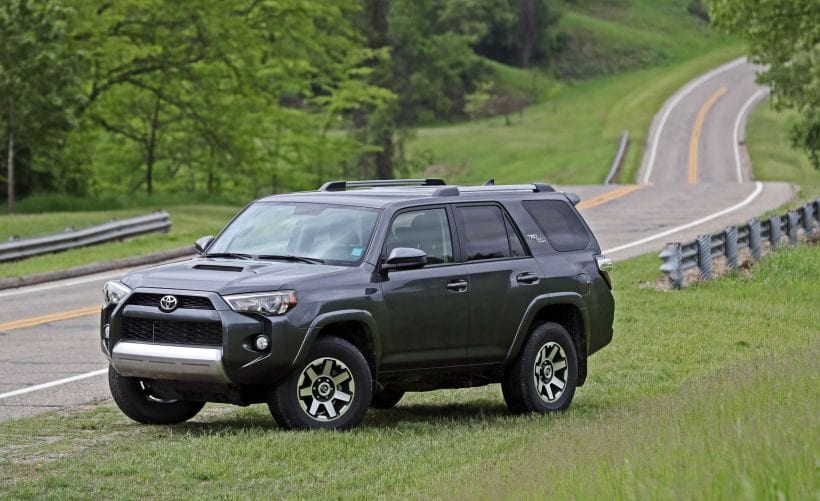 On the inside, there are more updates compared to the exterior. Toyota’s Entune infotainment system is upgraded for 2019 MY. It now includes a premium JBL audio system with navigation and Toyota’s App suite. The tech upgrades stop there. Those who were hoping for Apple CarPlay or Android Auto are going to have to wait. The interior has seats wrapped in Softex and TRD logos are embodied on headsets. TRD badges can also be found on the shift knob and floor mats. The cargo area we mentioned gives 47.2 cubic feet of space behind the second row. 2019 Toyota 4Runner TRD Pro, like always, offers seating for five. When you fold rear seats, the cargo space expands to 89.7 cubic feet. 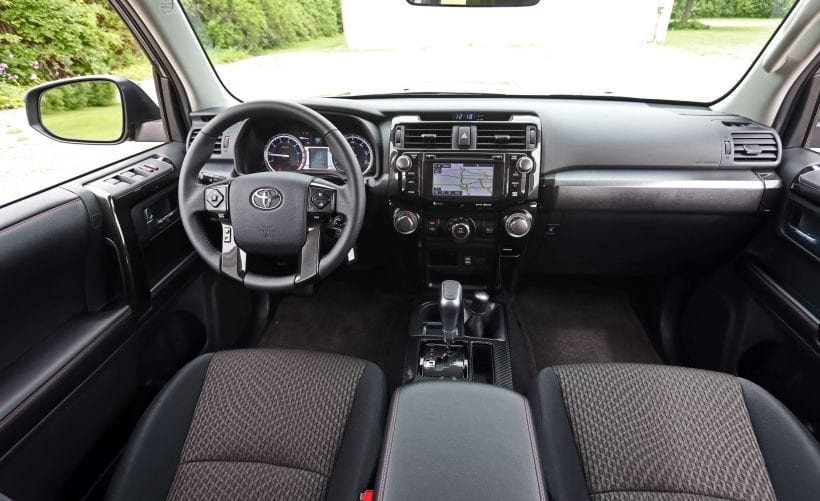 Same as before, new 2019 4Runner relies on good old 4.0-liter V-6. At 5,600 rpm it produces 270 horsepower and 278 pound-feet of torque at 4,400 rpm. The gearbox offered is an ancient five-speed automatic transmission. Thanks to this old setup, the fuel economy isn’t too impressive as it is rated at 17mpg/city, and 20mpg/highway. The good thing that comes with this engine and transmission is Toyota’s 4WD system. This setup splits the torque 50/50 between the front and rear axles, but it also comes with electronic locking rear differential. In order to aid the traction, Toyota 4Runner 2019 has Multi-Terrain Select system which offers driving modes for mud, snow, and rocky surfaces. Another useful driving assistance feature is Crawl Control which serves as cruise control for off-road terrains. 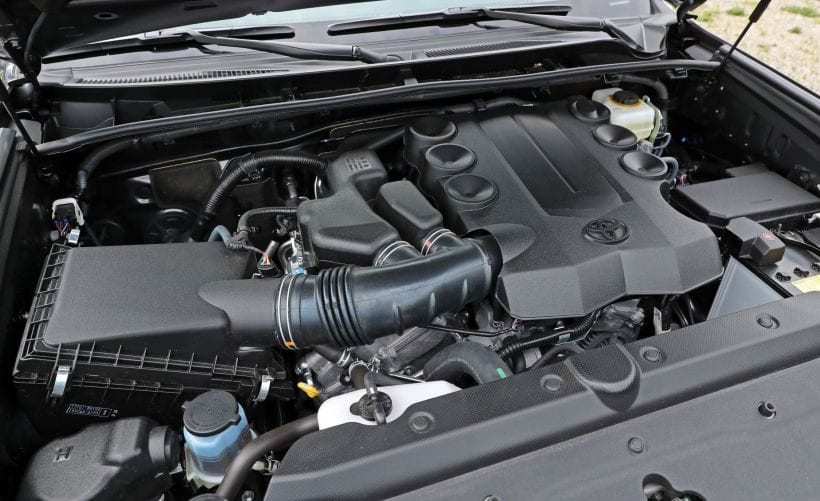 The most significant update and one that will thrill 4Runner fans is the new suspension system. Same as Toyota Tacoma before, new 2019 Toyota 4Runner TRD pro now has 2.5-inch diameter Fox Racing Shocks that come with 46mm pistons. Old, TRD-branded Bilstein shocks are now a thing of the past. The rear shocks now come with additional 2.0-inch remote reservoirs. The purpose of these is to have more fluid for temperature control when this vehicle is used for off-roading for extended periods of time. 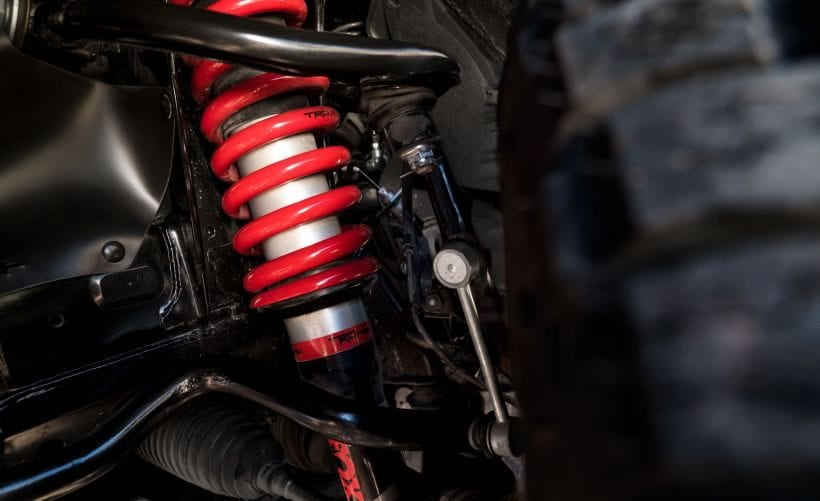 Toyota still hasn’t announced the pricing for 2019 Toyota 4Runner TRD Pro. But, good news should be that changes are not meriting any substantial increase in the price. The ongoing model is on sale for $42,875. Yes, the new suspension system will deserve a couple of hundred more for new 4Runner but nothing to set off its loyal customers.

So, new 2019 Toyota 4Runner TRD Pro is here. While it was anticipated that it would bring something new, it didn’t. Yes, some will be satisfied with new Fox shocks, roof rack, LED lights, and updated Entune infotainment system. But, many will find it hard to get over its outdated engine and transmission, straightforward interior, and its inability to stay up to date with other Toyota models.