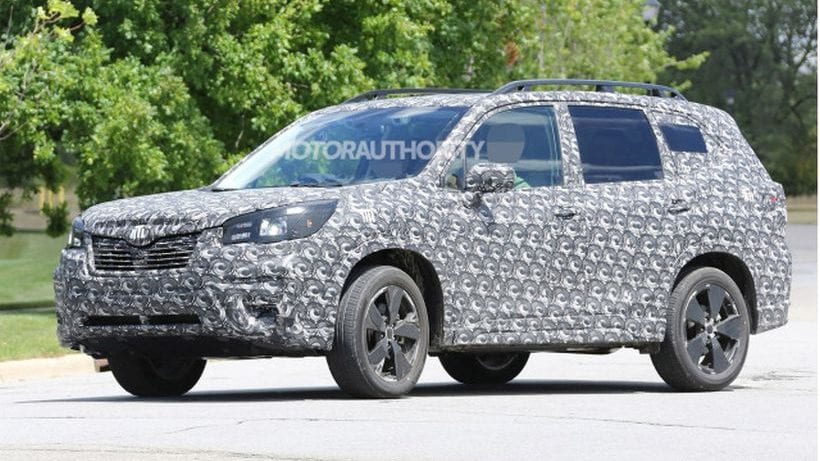 The prototypes of what’s to be a 2019 Subaru Forester have been spotted on more than one occasion. The fact that Japanese manufacturer started working on it this early means that it will arrive in late 2018. From what can be seen in these photos, the new 2019 Forester will look like smaller version of Subaru Ascent. The larger 3-row, 7-seat SUV was presented just a few weeks back.

In addition to similar design, the two vehicles will also share all of their underpinnings. This suggests that both Forester and new Ascent are going to be built on Subaru’s modular platform, the same platform that debuted on 2017 Subaru Impreza. Of course, with some changes so it would better fit these models. Another vehicle from the lineup that transferred to this platform in recent past was company’s crossover Crosstrek. The main benefits of this base are that it reduces vibration, harshness, and it’s now easier to incorporate hybrid powertrain. 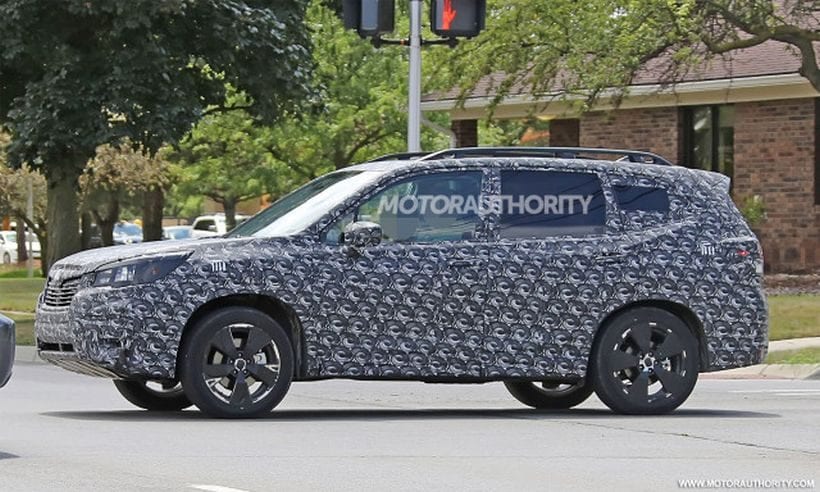 Not much else can be said of the design this early and with this much camouflage, but it is notable that this SUV will grow in proportions. The current Forester already offers enough space and the upcoming model will be even more spacey and comfortable. The general lines of the exterior will be similar to those on Impreza and Ascent, as we already said. This is all part of Subaru’s plan to switch all vehicles to the same platform. At the moment there’s no word on the interior changes.

The current powertrain options available on Forester are two 4-cylinder Boxer engines. The advantage of these so-called flat engines is that they can be positioned lower in the chassis which lowers the center of gravity and ads additional stability to the vehicle. The first and more common option is a 2.5-liter flat-four good for 170 horsepower. The transmission that goes with this one is a 6-speed manual or Lineartronic CVT with the same number of gears. Option No2 is a turbocharged direct-injected 2.0-liter unit capable of 250hp and 258 lb-ft of torque. This mill comes on the Forester 2.0XT which has AWD, and the transmission available is High-Torque Lineartronic CVT with multi-mode SI-Drive that also has six gears but with additional two that are called virtual.

Same can be expected for the future 2019 Forester but with an addition of more powerful STI model which is currently available only in Japan under tS badge.

The release date of 2019 Subaru Forester is scheduled for late months of this year. It is possible that the final product is going to be previewed at one of the auto shows in late fall before the market release.