Busy time of the year at Porsche as the automaker started testing out the new 911 prototypes. So far, the company used the body of the latest “991” to test the new vehicle, and now we have photos that show a car with some new features and which we assume is the Carrera S model.

When it comes to changes, those are mainly at the rear end. First of all, the spoiler is as wide as the vehicle itself and the taillights form a straight line following the rear spoiler. The exhaust tips are not in the corners and are moved slightly more towards the center of the rear bumper. The new model also seems to feature larger intakes. 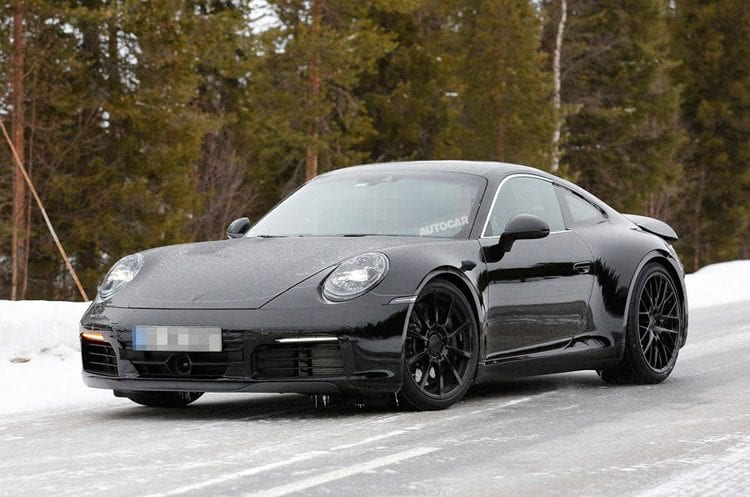 Moving our focus to the middle part, Porsche decided to mask the surrounding edge of the rear quarter windows, which probably means that the vehicle will have a few changes in that section. Another noticeable difference is related to the headlight units that now sit at a different angle.

The fact that the new model will feature wheel arch extensions means that it will also be wider than its predecessor. Porsche is currently building a new modular sports car platform which they plan to use on the 2019 911. This platform enables the vehicle to be more flexible in the sense of better engine positioning and suspension hardware. Another benefit of this move also could be the introduction of hybrid version. 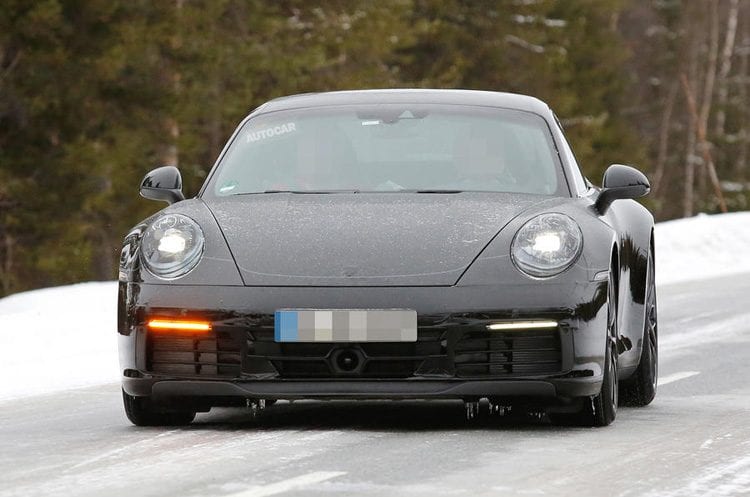 The new 2019 Porsche 911 is not the only vehicle that this platform will underpin. Along with the 911, the new 718 Boxster and Cayman will use it, and it is expected that the Audi R8 and new Lamborghini models replacing the Aventador and Huracan will utilize the same platform as well. Porsche is also working on a new mid-engine supercar in Stuttgart, Germany. Despite the fact that all models mentioned above are mid-ranged, Porsche decided to keep rear-engine mounting on the new 911, although we might expect it to be positioned towards the center of the car.

When it comes to engine choice, German company opted for a twin-turbocharged 3.0-liter flat six which the 2017 911 sports. In Carrera, this engine is good for 370 hp and 331 lb-ft of torque while it will get you 420 hp and 368 lb-ft of torque in the Carrear S. Arriving as a 2019 vehicle, we expect that the new model will be revealed in 2018, first as a base Carrera and Carrera S variant.