Coupe versions of S-Class have always been something special. In short, enormously powered and sized, with mind-boggling, luxury lavishness of the cabins. Always priced way over starting point of standard S-Class and without any compromises- no diesel and nothing bellow V8. Latest generation was introduced in 2014 and it did a marvelous thing, it reintroduced topless version which we haven’t seen in this segment from 60’s. Current S-Class sedan was introduced year before, and it is due to be refreshed during 2017, which then signifies that coupe and cabriolet will receive same treatment next year. In that manner, spy photographers caught camouflaged version of 2019 Mercedes S-Class Cabriolet on the public roads.

If we have to think about whether S-Class Cabriolet needs any facelift or not, we would be pretty firm in our conviction that it is absolutely not necessary. It looks gorgeous, and we wouldn’t change any line on it. Spy photos suggest that Germans have a similar opinion and only slight visual modifications are going to be implemented here. 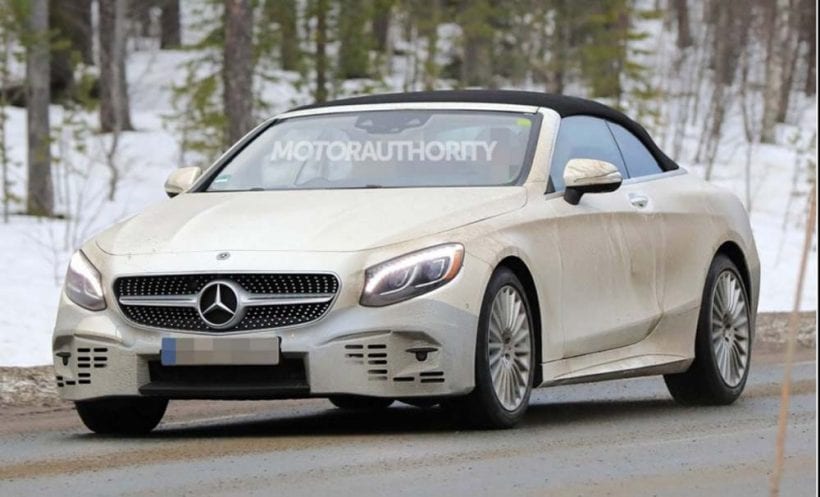 Front and rear bumper are covered, so probably some minor alterations are set for future, and same goes for rear lights which are presumably coming with a new layout and LED tech of course. Headlights are not hidden in the pictures, but there is more time for these to be changed, and they should follow the same idea as new rear units.

Only one photo of the interior is available so far, but it is enough for us to spot some changes. The steering wheel is covered, so new one should be introduced, and two digital displays will become one piece in the upcoming model, which is by us more elegant solution. The control knob is about to become touch sensitive surface and that should be it judging by this photo, and that is enough as perfection should not be messed with. 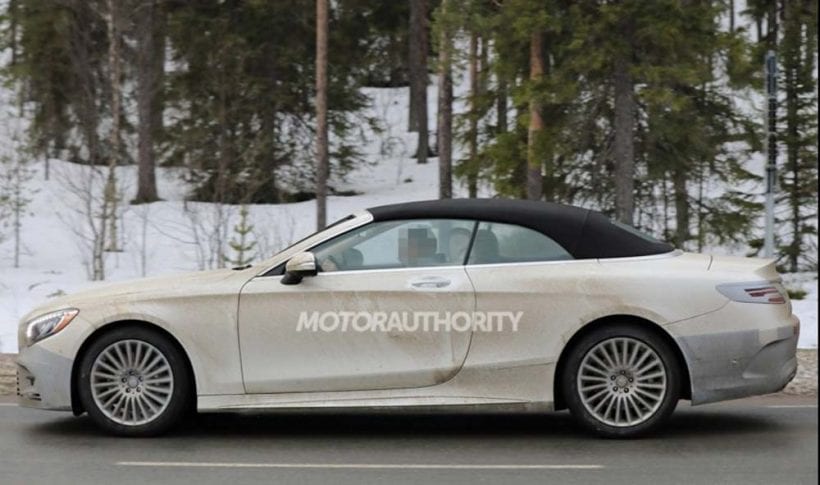 Same new turbocharged V8 will also replace 5.5-liter V8 from S63 AMG model, but in this case, it should produce 612 hp representing 35 hp bump while same monstrous 664 lb-ft of torque will be offered. Further to that with new engine comes new 9-speed automatic transmission. Just S65 AMG model stays with the same 6.0-liter V12 engine, but tweaked for more power and better economy, while in this case, older 7-speed automatic continues its existence.

Absolutely. 2019 Mercedes S-Class Cabriolet is not going to be about the new looks, as it can’t get better than this what we have today, but if you are patient enough to wait for it, you can indulge in new AMG V8 masterpiece along with new automatic with no less than 9 speeds. Also, this might be far fetched, but, just maybe, Merc could introduce new S400 model, breaking the tradition of sole V8 with new inline six. Recently developed 3.0-liter I6 easily push above 400 hp, so power won’t pose a problem, it is just that traditionalist could be offended by the lack of two cylinders. Offended or not, I6 would lower starting price of $131,000 and make this beauty accessible to more people than before.