Mercedes-Benz is currently working on the new 2019 G-Class which should again offer the well-known Mercedes-Benz G-Class design was introduced to the public in 1979. Judging from the shots we have seen, it may appear to the naked eye that the new model is the same as its predecessor because of its box-shaped design. However, many differences can be spotted if you take a closer look.

First of all, the width of the vehicle is considerably increased, close to 4 inches. Parts that stand out the most are the grille, windscreen, and hood and they are visibly broader than on the previous model. Changes on the body and the track were made because of the new suspension which should make the vehicle more stable and more spacious. As we can see from the photos that feature both the new and the old model, the 2019 G-Class is shorter than its predecessor. 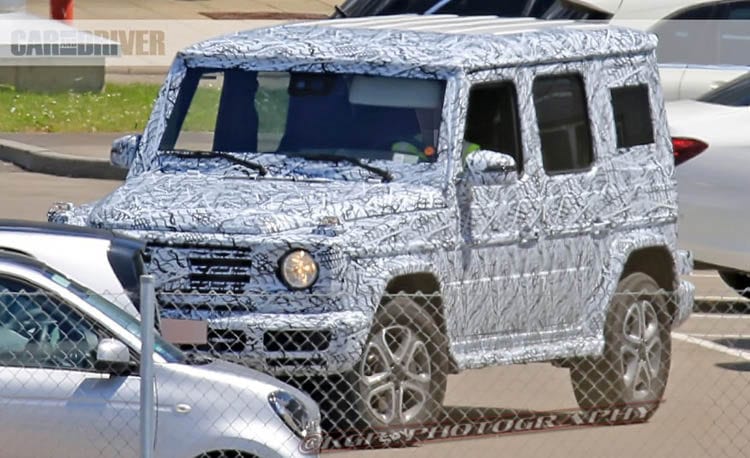 Having in mind the weight of the current vehicle which is 5,665 lb, the German automaker wanted to reduce this as much as possible. They used aluminum and high-strength steel to do this, and the end result is the new model that is as much as 440 lb lighter. The new member of the Mercedes-Benz family is expected to feature the latest technology from this car maker like driver-assist feature, an advanced infotainment system, and electronic power steering.

Nevertheless, Mercedes still wants to keep the spirit of the old model. Thus, the visible elements like the height of the 2019 G-Class and the live axle remain present here. Under that boxy design, more things such as all-wheel-drive system, reduction transfer case and three differential locks are expected to stay the same. 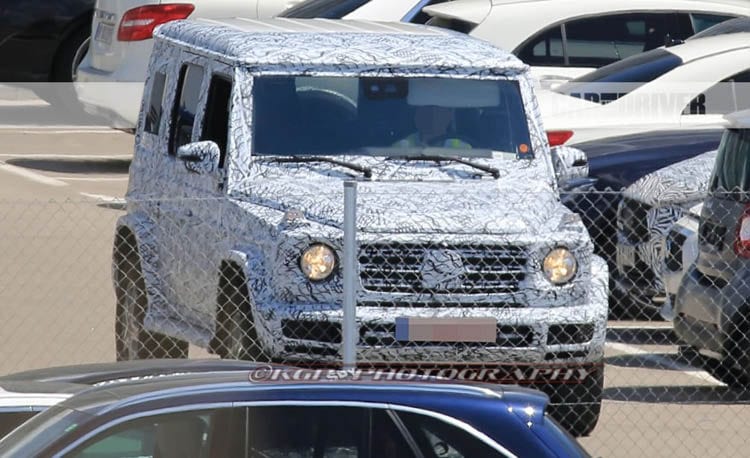 The German car manufacturer decided to revamp the G-Class because of the more rigorous emissions regulations which mean that we might get to see improvements in fuel-efficiency and even a plug-in hybrid version. When it comes to the engine, V8 is expected to hit the States primarily after which a new inline-6 engine will follow. Mercedes-AMG options will without a doubt be available to buyers since they are currently the most popular (more than half of G-Class vehicle feature them).

The 2019 Mercedes G-Class will be available to customers in two years which overlaps with the 40th birthday of the G-Class. Accidentally or not, Land Rover plans to deliver a new model (the Defender) at about the same time. Knowing the rivalry between these two automakers, it sure will be interesting to see who delivers a better product.

Only a few years ago, the production of G-Class was almost terminated, and Mercedes even presented the final edition model which was distributed to some markets. It seemed that the end is near for G-Class. Fortunately, the sales skyrocketed in Russia, China, and the States, leaving no other option for Mercedes but to continue manufacturing this SUV. 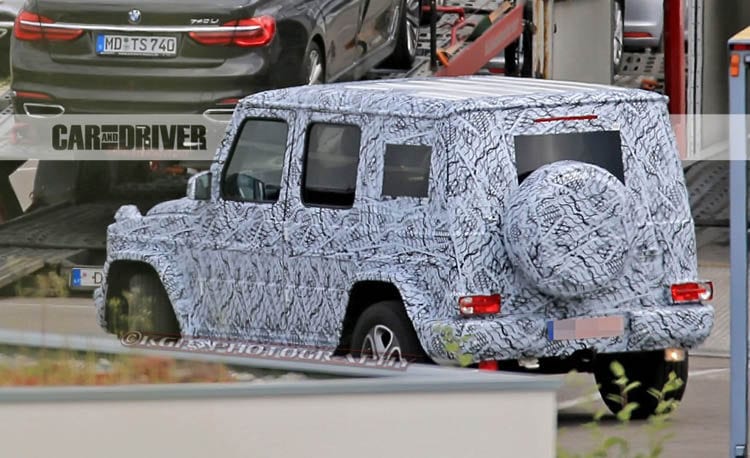 Two vehicles that are quite similar are also manufactured in Mercedes currently. The first one is the Light Armored Patrol Vehicle (LAPV) which is obviously a military based G-Class model and the second one is a new SUV also inspired by G-Class which is called GLB.