Mercedes has been doing many things industry first in its history, well, that was the main thing that defined the brand anyway. One of those things would be the CLS model which was introduced in 2004 and that created a whole new segment of four-door coupes. The car was stunning, incredibly stylish and it is on the good path of becoming a legend.

In the mean time, adding two extra doors to coupe proved alluring, and Audi joined the game in 2010 with A7, BMW later in 2012 came with 6 Series Gran Coupe, posing as direct competitors to CLS. Mercedes broaden its game with smaller CLA model in 2013, but by then we were already swamped by different saloon-coupes coming from all sides, and they still are. Take a look at VW CC or upcoming Arteon, Audi A5 Sportback, BMW 4 Gran Coupe, Porsche Panamera, Aston Martin Rapide, even Tesla Model S. Anyway, it is the time that the car that started all this enter a new generation, so 2019 Mercedes-Benz CLS has been spotted testing, in disguise of course.

There is not even single doubt that CLS is the classiest sedan in the Benz’s lineup. It slots between E and S-Class, and you could argue that it might be the best of them all. There was a rumor that according to new nomenclature it is about to be named CLE, but Germans denied that as the name in use has a fame of its own, to be that easily changed. 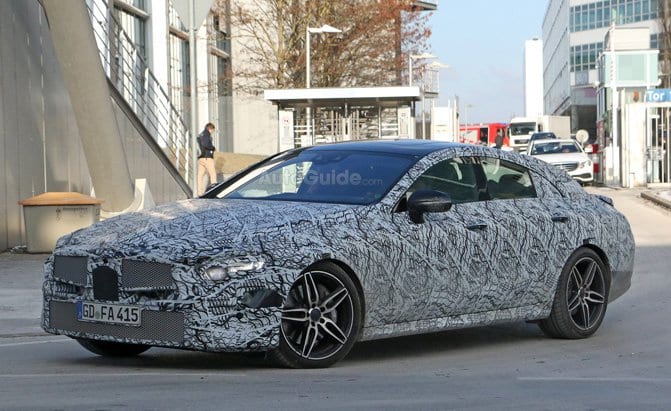 Anyway, it is more luxurious than E-Class, and it is more handsome than S, you just have to sacrifice part of space at the back, and you are not even sitting there. In conclusion, ultimate luxury in an elegant body, so this might be “THE” Benz.

The biggest fear with new generation would be a possibility that it could bring latest brand’s styling, but in unchanged shape as C, E and S-Class are almost just copy- pasted between each other. Let us hope that CLS do get brand’s gorgeous fascia, decorating all latest models, but with enough character to set it apart. From spy shots, we could see that it retained mirrors located on the doors, which differ from more usual solution on E and S-Class. 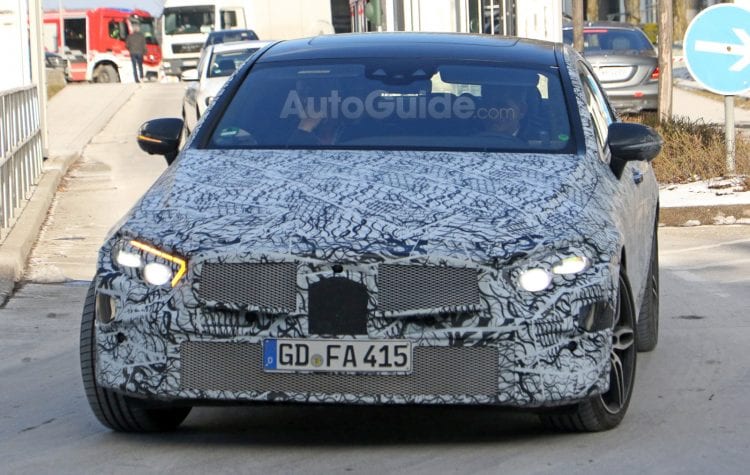 The front is heavily covered for us to distinguish whether the fascia would get its own styling ideas, but at the rear, we can see that tail lights are probably going to be borrowed from one of the current coupes. It doesn’t matter from which one, as they all got almost the same ones and that even counts for SUV versions. The overall shape is evidently more similar to tamed one from the second generation, than it is to berserk one of the first, although, according to photos it might get hunch at the tail, let’s say similar to the second generation BMW 6 Series one.

It will obviously use MRA platform, also used by E-Class, which means option between RWD or AWD, 9-speed automatic and no manual off course which never was available, and capability for the hybrid powertrain. Base model should use just recently developed turbocharged 3.0-liter I6 engine, while next in line would be twin-turbocharge 4.0-liter V8 employed in newest AMG models across the lineup. 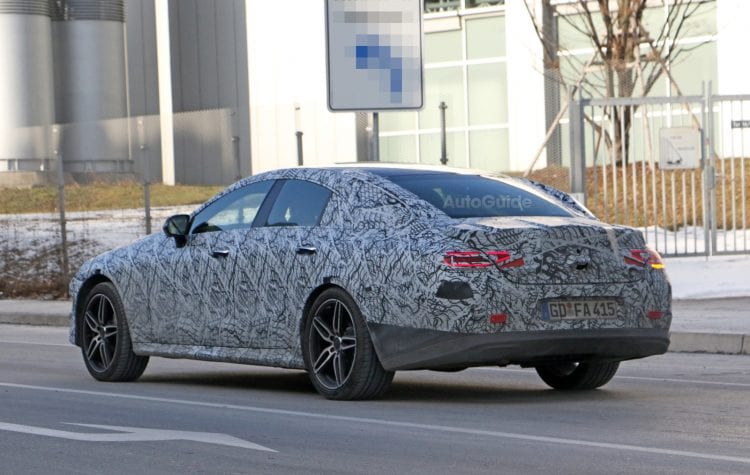 This new V8 could be used both for regular version as it pumps 476 hp in C-Class AMG, and in that case, it could act as a replacement for 4.7 V8 that boost 408 hp in the current model. This is not all as it could also be used for CLS 63 AMG version as the same engine in E 63 AMG S delivers 612 hp, so quite a bit more than the current AMG 5.5-liter V8 pumping out 585 hp. Europe should get its fair share of diesel besides mentioned petrol units.

We don’t actually know when 2019 Mercedes-Benz CLS is set to debut, but let’s say that it should come somewhere during the next year. Whether there is going to be a rise from current $75,000 starting price is unknown, but it is almost sure that Shooting Brake is not going to reappear. It was an intriguing idea, but maybe too much obviously, and it tasted the same story that happened to R-Class.