Mercedes has been well known for pushing boundaries and thinking out of the box. One of the products of that kind of thinking has been a four-door coupe or CLS. Probably the most alluring mixture in the automotive world soon found its place on the market, and many brands followed. Besides Merc vision of sleek sedan that was materialized in CLS and CLA, today you can browse from Audi’s offer of A5 Sportback and A7, BMW’s one consisting of 4 and 6 Series Gran Coupe, VW’s Arteon, Porsche’s Panamera and Aston’s Rapide S.

If we try to mention SUVs going same way, we would be out of space soon. So, clearly, this type of game is well developed by now, and its founder is preparing to additionally spice it up with 2019 Mercedes-AMG GT4.

First of all, we are not sure whether upcoming new four-door coupe is going to carry AMG GT4 name and neither we know precisely when it is gong to debut. But we know it is destined to happen as this year Mercedes presented during Geneva Motor Show AMG GT Concept or four door vision of AMG GT model.

AMG GT is definitely the hottest thing that you can currently get from Stuttgart and just a notion that it could come with a rear bench and four doors giving you the opportunity to transport your family along is enough to keep us all on our toes. 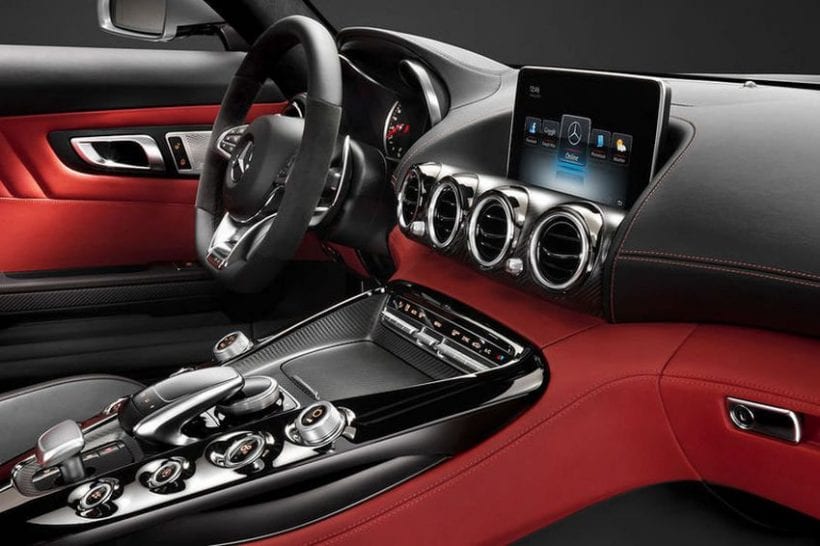 It was clear that AMG GT Concept is a presentation not so far from production lines. TopSpeed elaborated a bit on that subject and created a rendering of the future production model. They slightly reshaped the headlights and incorporated interior layout in resemblance of present version, they added conventional mirrors and door handles, alloys from current AMG GT and bumper very similar to the one in use for available AMG models across all range.

They left the rest intact with a note that production vehicle is definitely not going to feature diffuser on that scale menacing and AMG GT rear lights at the back. We can easily agree on the exaggerated diffuser, but we don’t see any problem with gorgeous slim tail lights used with today’s GT. Also, front bumper shown on concept could be new AMG’s styling language ready to swept through the future lineup, so we wouldn’t give that up yet.

Mercedes hasn’t been kind enough to present us with the design of the cabin keeping concept windows well blacked out and so far nobody bothered to render that. The reason for that is clear as four-door 2019 Mercedes-AMG GT4 is going to borrow the interior from its two-door twin. Since that same cabin is ultimate word of luxury and elegance, it will fit perfectly in a quite pricey sedan. 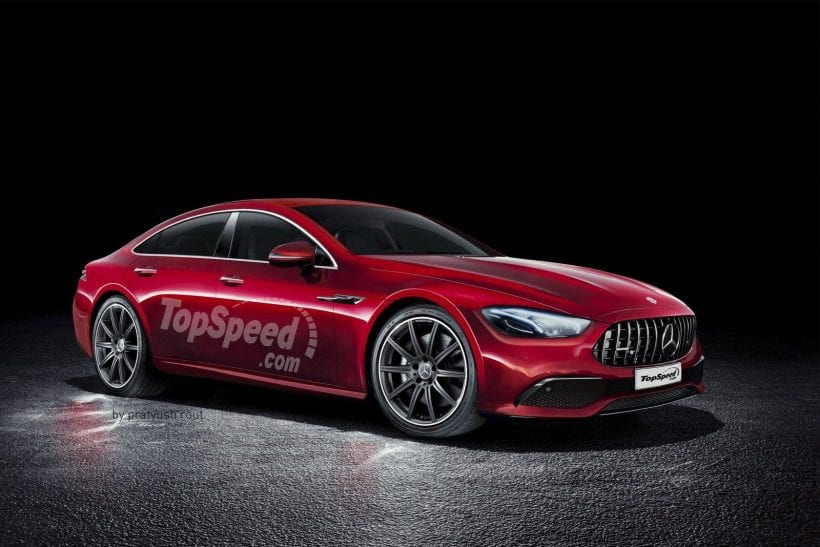 The concept was a hybrid, mixing twin-turbocharged 4.0-liter V8 with an electric motor for the total power output of 800 hp. We know that this is just a fantasy at this moment, so take out the electric motor from the equation and keep the mentioned V8 and you’ll have yourself its future powertrain. Currently, power starts at 476 hp with regular AMG GT, rises to 522 hp with S model, further up to 557 hp when letter C is added, and ending at 585 hp in the case of hard-core R beast.

Still, strongest Panamera at this moment is a hybrid one, so maybe we should take back that electric motor just in case. When that is done shave off at least 150 hp from mentioned power figure, and we might have something quite realistic. Currently, nobody knows whether GT4 could also come in racing oriented R outfit, but we would say that that hardly makes much sense.

Further to everything the German company has never been inclined of sticking Black Series labels to sedans and neither will with R ones.

More than anything in this world. You see, CLS, A7, and 6 Series Gran Coupe are all based on mid-size luxury cars. Only Panamera is full-sized luxury coupe-sedan sitting there pretty lonely since only other thing would be over $200k four-door Aston. How much could 2019 Mercedes-AMG GT4 cost? We don’t know. Most logical thought would be similar pricing as its GT donor or around $112k for a start, so quite above Porsche, but still far less than Aston.