Mercedes revealed current C-Class in 2014. As time passed, it introduced all possible body versions besides sedan, and now we have estate, coupe, and cabriolet. It also unveiled standard AMG version as AMG C63 while also launching more powerful S version, and for the end, milder version debuted as C450 AMG Sport which was later renamed to AMG C43. But for anyone who paid close attention to the work of the German company, this is not it, as something known before as Black Series, has not yet surfaced. But it will, in the form of 2019 Mercedes-AMG C63 R and probably both in sedan and coupe shape.

Black Series was ultimate C-Class that you could get. It is basically a track oriented monster both visually, under the hood and in driving manners. 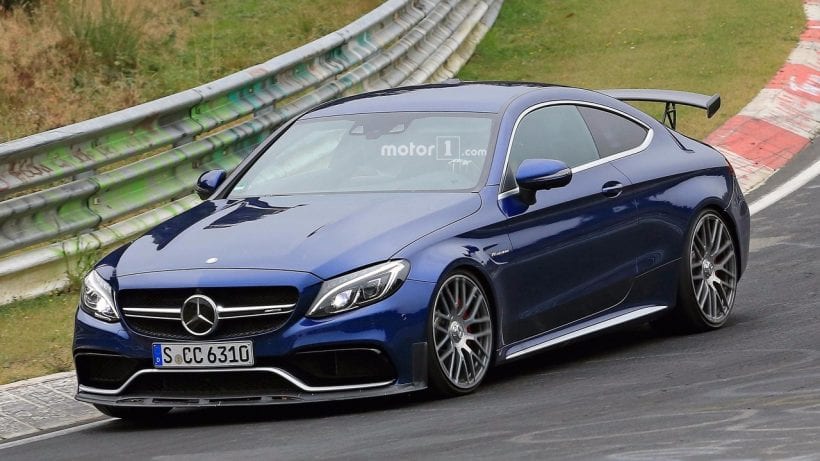 The previous generation besides all aerodynamic and racing bits, extremely aggressive suspension tuning, had 510 hp which is the exact amount of power that current AMG C63 S version produces. One thing is certain, and it is the fact that Black Series moniker goes to history, as AMG GT in R version set the path for new naming rules.

Yes, we do. Though more precisely, Mercedes does. Besides the fact that top AMG S model makes 510 hp, it is unable to keep pace on tracks around the world with Alfa Giulia Quadrifoglio, Caddy ATS-V, BMW M4, Ford Mustang Shelby GT350 and so on. And that is for one pure reason- it can’t shake off its luxury connotations. Well, brutally stripped R model will.

If the same recipe comes to play as with the previous generation, forget about that plump seats in current AMG models and get used to extremely thin bucket ones and also forget about the rear bench, though before you could opt to bring it back, but why would you? 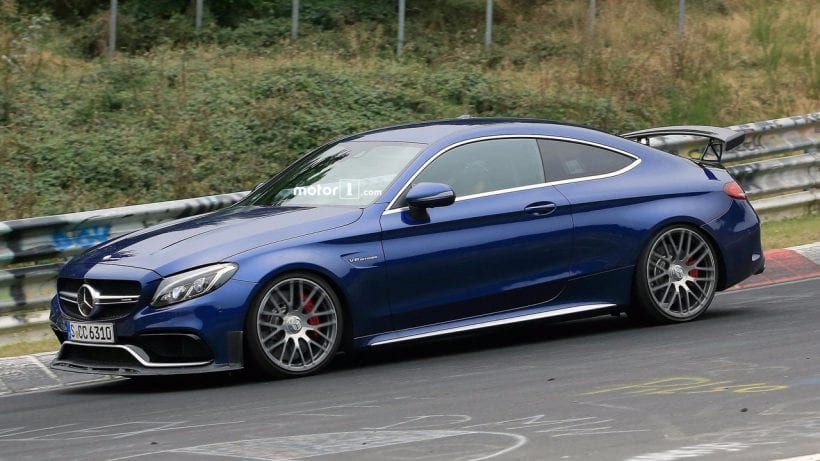 R will still obviously use the existing platform, but some regular body parts will go to make room for carbon fiber ones, such as roof and fenders, while alloys should be exchanged for lighter ones. For previous generation drop in weight was 235 pounds, so we don’t expect anything less from the current one.

Bigger and significantly more aggressive air intakes, aerodynamic bits with a huge wing at the back, threatening diffuser, hood intakes or bumps, and other visually menacing things. Power should also go up from current 510 hp and 516 lb-ft. That wouldn’t pose a problem for twin-turbocharged 4.0-liter V8, as in the case of AMG E63 S it makes over 100 hp more. In order to effectively put all that power to road upcoming R model might go for AWD and 9-speed automatic, instead of RWD and 7-speed one in current S version. Finally, another thing to come is a higher price, let’s say around $100k, which is then around $25k above top S offering.

Yes, it is and for a precise reason. We are not sure whether 2019 Mercedes-AMG C63 R is going to be able to out stage things like BMW M4 GTS, Mustang Shelby GT350R, let alone Camaro Z28 when it arrives. Probably not. But, every Mercedes has its special appeal, that is carefully nurtured by brand, let’s just mention beautiful burble of V8 with which we dare you to find better one. Now for all those in cravings for three-pointed star, which also manifest urge to rip tarmac on race tracks, finally there will be a thing capable of satisfying all desires.