We informed you when Lamborghini was preparing the most groundbreaking thing in recent years or ALA. That same ALA or Aerodinamica Lamborghini Attiva made Huracan Performante fastest production car in the world by lapping Nurburgring in just 6:52:01. That is by whole five seconds quicker than Porsche 918 Spyder and by staggering seven seconds faster than Aventador Super Veloce.

Also if you observed the video of the lap, you could easily notice how Huracan was driven without breaking a sweat, almost in incredibly tamed manner, while Aventador required constant wrestling with the car. Keeping in mind that Aventador sits above Huracan, that it is significantly more powerful and outrageously pricier, things cannot stay this for long obviously. And maybe they are not going to, as something which might be 2019 Lamborghini Aventador Performante was spotted testing.

What we see in the spy shots is evidently Aventador S model, which sits between regular and top SV version. But if we look closely, we could see that parts of front bumper are covered in tape, and that rear is actually different. The same huge trapezoidal exhaust tip is still there, but there are two extra tips above it, and air intakes are quite larger. 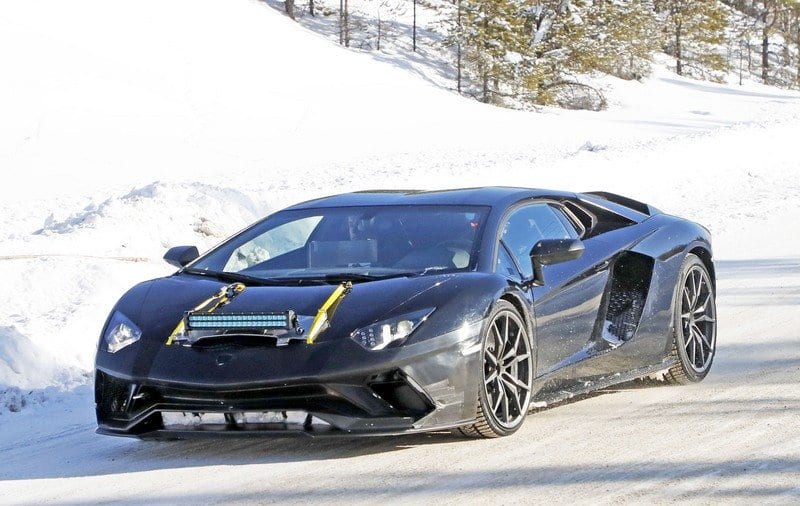 If we take into consideration that same repositioning of exhaust tips and enlargement of intakes was done to Huracan in Performante edition, we could easily assume that same thing is happening here. If that is the case, also expect a huge wing mounted at the back, but not as one bolted to SV, as this one will have a special story to tell.

2019 Lamborghini Aventador Performante -IF IT HAPPENS

If this is indeed future Aventador Performante, you could expect the automotive world to enter delirium. The new version should be lighter and more powerful than current SV model. Possibly weight could go down by around 100 pounds, and the whole car should become stiffer, as it was done with a smaller sibling, while power should go up, maybe 20-30 hp from current 750 hp in case you choose SV model. 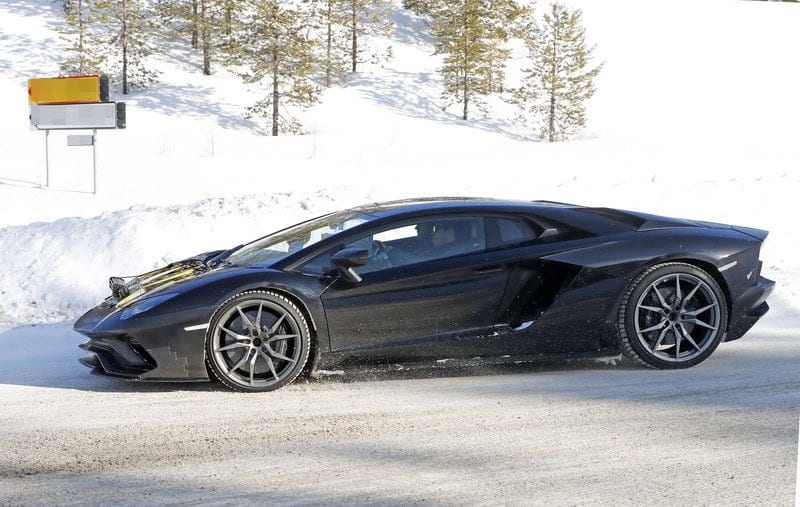 You can notice that mentioned possible power rise could mean almost nothing when such figures are in question but joined by weight loss it can drop acceleration time by one tenth to 2.7 seconds. Actually, that is not of main importance, as here, things are about something else.

The main thing would be the implementation of ALA. In that case, aerodynamic bits are more than stationary, constantly working to improve downforce and reducing drag using even electric motors to manage that. When the car enters the corner, ALA understands that and change the direction of wind flow across the body in Huracan’s case, which results in 750 percent of increased downforce.

Yes, that “750” number is correct and it is the main factor why “special” Huracan was the fastest production thing in the world when put on the track. That also means that something as beastly as Aventador can become super tamed and practically nailed to the tarmac and that over 750 hp could be transferred to surface almost without any losses.

The thing that we are looking at the photos must be the 2019 Lamborghini Aventador Performante. ALA is a gold mine for breaking all lap records that currently exist, so flagship model couldn’t be denied of such treasure. If Huracan Performante made a gap of whole five seconds between it and Porsche 918, which was viewed as unbeatable so far, can you imagine what could 150 hp more powerful Aventador do when enriched with same air control gizmos? And the best thing is a presumable price tag of around half million dollars, which will make appear ridiculous all those owners of seven figure cars.