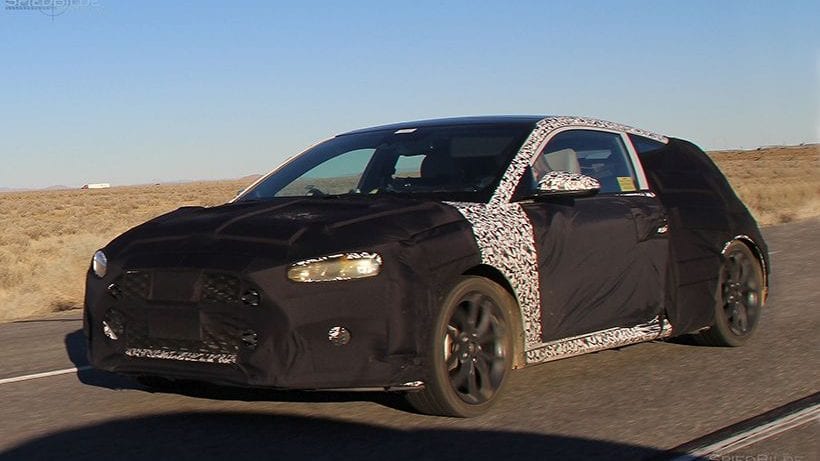 It managed to survive Asian economic crisis at the end of 90’s and at the same time buy the majority of stake in the largest domestic rival. It managed to double worldwide annual sales in the last decade and become third largest car maker in the world in 2015. So, after that type of achievements, Hyundai can start experimenting with all that hard earned money and try to boost its image with unusual moves.

Not so bright part of its history painted in cheap products is at the gun point of new luxury Genesis brand trying to erase it from our memory, declaration of progressive thinking is tasked to Tuscon Fuell Cell and Ioniq, while the search for trendiness and funkiness began with Veloster. Groovy Veloster was doing the fine job since its introduction in 2011 as far as its visual side, and mentioned message goes, but time for replacement is approaching. And indeed, spy shots of 2019 Hyundai Veloster have just enriched the web.

The car is evidently heavily masked, and not much is available to be seen due to its camouflage. As it seems, cascade grille is about to take most aggressive form till now, openly protruding from the pointy fascia. Headlights are looking thinner, and we just hope that they will be distinct enough from new Elantra GT or i30, as Veloster needs much more character than that. From the side, we see maybe the even more rakish roof, which we praise from a visual point of view, while cool large central exhaust outlet remains. 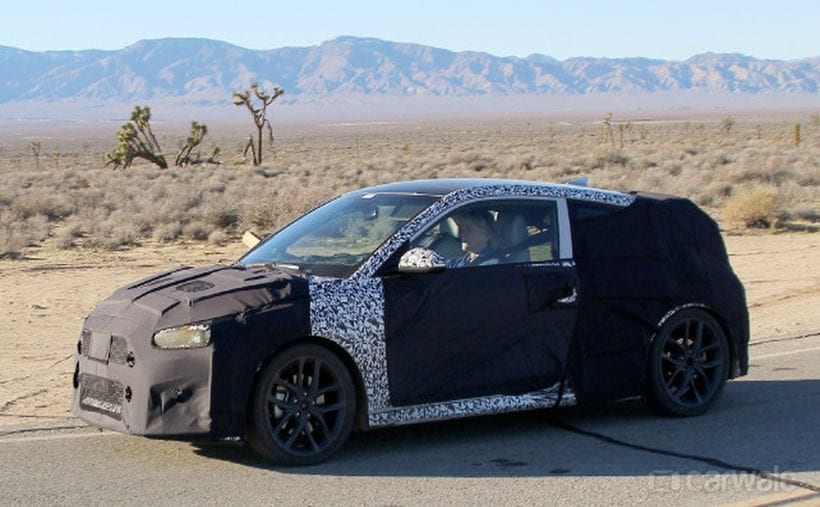 The rear end is very well covered, but it appears that plumpy and unusual shape is about to carry over, while tail lights are becoming wider and slimmer. Signature move with only one door at driver side is here to stay. We don’t see enough details to be sure, but it seems that new Veloster is getting closer to i30 with its looks. That is a bad thing, as current models share nothing on that plan which makes it special and we don’t see many ways to turn the quite boring new Elantra GT to something visually exciting.

There are no photos of the cabin, but if the exterior visual integrity of new Veloster is in danger, it might as well count for the cabin. The current model has a unique interior with the V-shaped dash and one that is much more imaginative than in the previous generation of Elantra GT. We don’t mind if upgraded materials and more refined approach from new Elantra find its way to new Veloster, but we would be happy if later retains its own design language in this department.

Current 1.6-liter turbocharged I4 petrol engine with 204 hp surely remains as the base offer in the US. In Europe, the base 1.6-liter naturally aspirated I4 delivering 140 hp should make way for a new 1.4-liter turbocharged inline-four with same power output which we can find currently under the new i30 bonnet. Since Hyundai developed new 2.0-liter turbocharged I4 for upcoming i30 N, its first proper hot hatch, the same thing should power spicy Veloster N model with at least 250 hp. That power figure is perfectly decent compared to Golf GTI, Focus ST, and Subaru WRX, but if Veloster retains current quite sluggish cornering behavior, it wouldn’t mean much if anything.

2019 Hyundai Veloster will probably debut at the end of this year or at the beginning of the next one. Since Korean maker decided to take a proper approach to the hot hatch market both with power and handling, we sincerely hope that its N Performance division solutions will affect future Veloster road behavior. 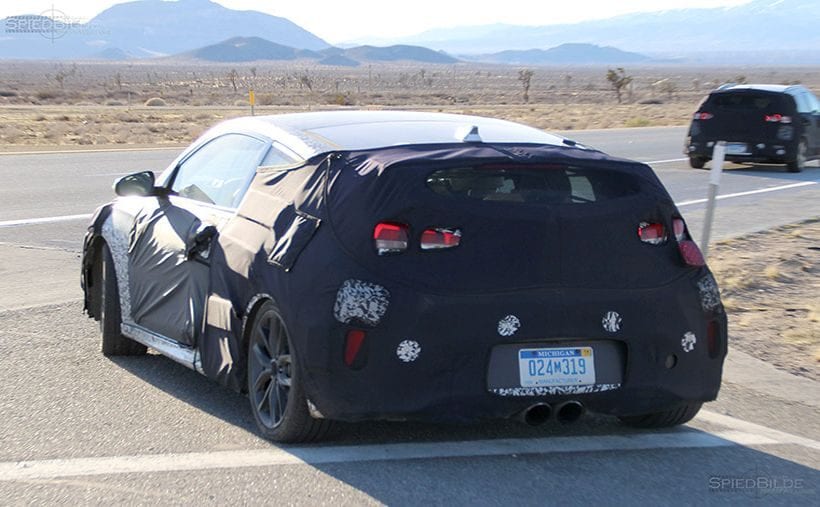 If that happens, it will finally become complete package, trendy, funky and fun to drive, along with being fairly affordable at $19k. Let’s just hope that Koreans don’t mess up with current good looks and offer handling and cornering abilities at its expense. That would mean that current incomplete package stays with only virtues being swapped and from that depends answer to the question.