Have you ever considered the current range of pickups to be too small? Maybe the American ones are too big, the European pickups too weak and the Japanese too boring. Have you thought: no I don’t want American, Japanese or European but something entirely different? Well to tell you the truth, neither have we, but apparently, Hyundai has. They reckon that there are people out there who will purchase a Hyundai pickup truck over the already vast amount of established brands on offer. Well maybe they’re right, there are a few of them but not that much if you ask us. So then, what’s the point of building a Hyundai Santa Cruz pickup?

Well, you’ll have to ask Hyundai about it. Now let’s just get one thing straight here: the Santa Cruz isn’t actually getting built, these are just rumors that it might. Hyundai has recently said that making a pickup truck in today’s market and with today’s gas prices is economically not profitable but has since switched their minds regarding it to at least consider this option. And to be perfectly honest, why shouldn’t they make one? 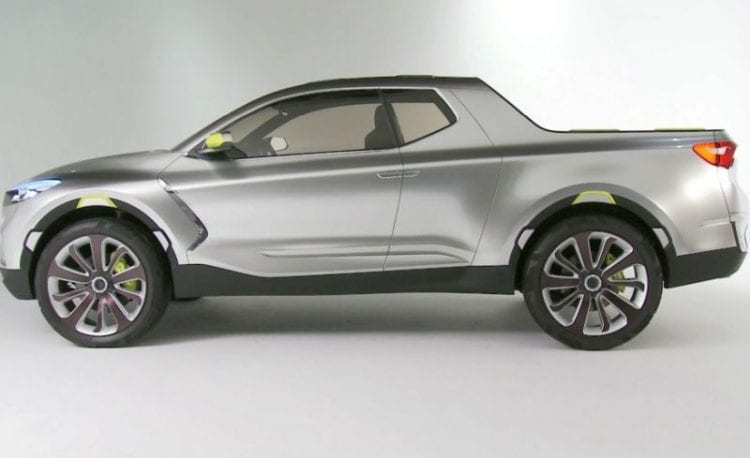 Reasons behind building a pickup

If Korean cars have taught us anything in the past couple of years, it’s that American and European models are not as good as they were and that other manufacturers are gaining on them. The Koreans are building cars which are on par with all of their competitors and in certain occasions, they’re beating them. Take the small car segment for instance. Go to Europe, and you’ll see a million of small Korean cars congesting the city. America has a lot of sedans and luxury cars from that country, and it’s the same story with Japan. Hyundai and Kia have both recognized what their strong points are and they’re sticking to it.

Speaking of Kia, they have also announced that they will be releasing a pickup should Hyundai make one. Whether it will be called the Sportage SUV, Soulster or KCV4 Mojave, we still don’t know. The duo is expected to release at least one model in this segment before 2018 (sometime in 2017), but there’s no official date just yet. The plan is simple: create a double-cab pickup which will be more luxurious and modern than something like the Hilux or the L200 (both of which are utilitarian workhorses). 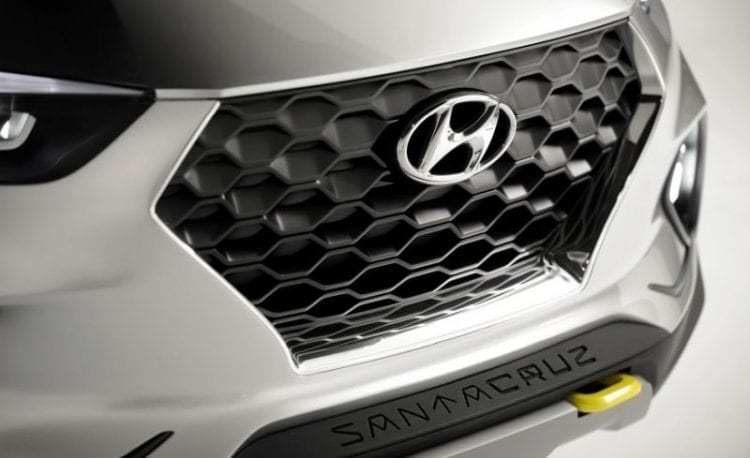 The design of the Santa Cruz is striking, to say the least. Although it’s just a concept and the final product (should it go into production) will be a lot different, it has been greeted with a lot of positive feedback from both visitors as well as automotive journalists.

David Zuchowski, President of Hyundai U.S., approved the design himself but obviously, approving it is one thing, building it is another. Expect the final version to be toned down significantly, especially the sharp edges and massive chin, as well as the wheels. But, the main styling cues and features should remain unchanged, keeping the final vehicle as true to the concept as it can be. 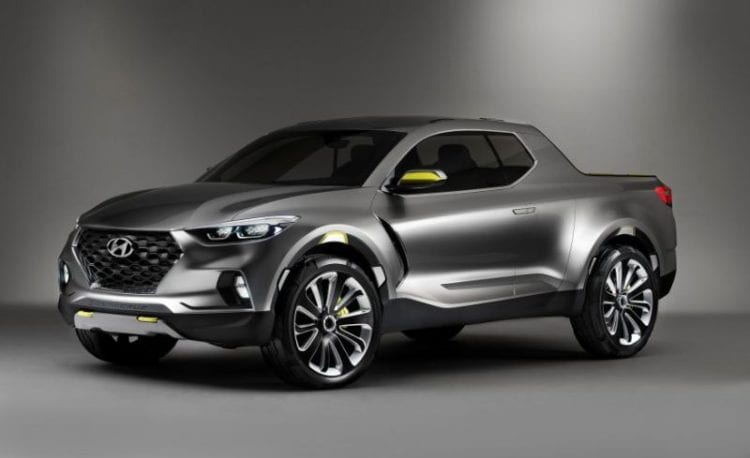 Obviously, the biggest problem with older Korean cars has been the interior. The materials were the worst, and the build quality was poor, to say the least. You don’t even have to go far back to find evidence of this. Go back some 15 years, and you’ll see what we mean. As time went on, however, and in particular in the recent 4-5 years, the Koreans have caught up with the best what the rest of the world has to offer. Long gone are the hard plastics and the shoddy build quality.

You’ll find premium leather and nice accents in almost every cabin now. The build quality is superb. You get the feeling that the interior can withstand almost anything, which it probably can. Being a rather large pickup, expect it to have ample amount of headroom and legroom. Cargo space should be massive too, especially with that large bed in the back. Who would have thought? A really handsome Hyundai truck which is not a utilitarian workhorse, but rather a car for the road which can be used every single day. Well done Hyundai. 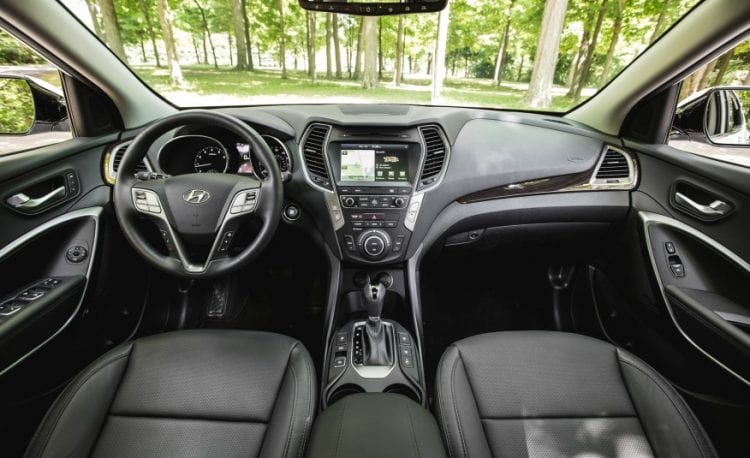 The hood will likely hide the same engines as the Santa Fe or the Tucson. This means that you get a rather large choice of engines, starting with a 1.6-liter turbocharged T-GDI four-cylinder with 177 hp and 195 pound-feet of torque. The naturally aspirated version of the same 1.6-liter unit develops 132 hp and 118 lb-ft of torque. The new 2.0 MPI with 150 hp and 141 lb-ft of torque is expected to make an appearance as well. Covering the diesel front is a 2.0-liter four-cylinder turbocharged powerplant developing 185 hp and 295 lb-ft of torque. If you want maximum performance, weirdly, you should go for the diesel. Yes, it’s heavier than the 1.6 T, but it’s got more hp as well as 100 more on torque figure. It’s not just more capable in terms of pulling and off-roading, but more capable full stop.

Power will be sent to the front wheels in standard form (probably), with the option to have an all-wheel drive system fitted at an extra cost of course. The engines will be mated to a six-speed manual transmission as standard with a six-speed auto one as an optional. No exact words on estimated performance figures or economy but it should do 62 mph in around 8-9 seconds and return 25mpg on average across the entire range. 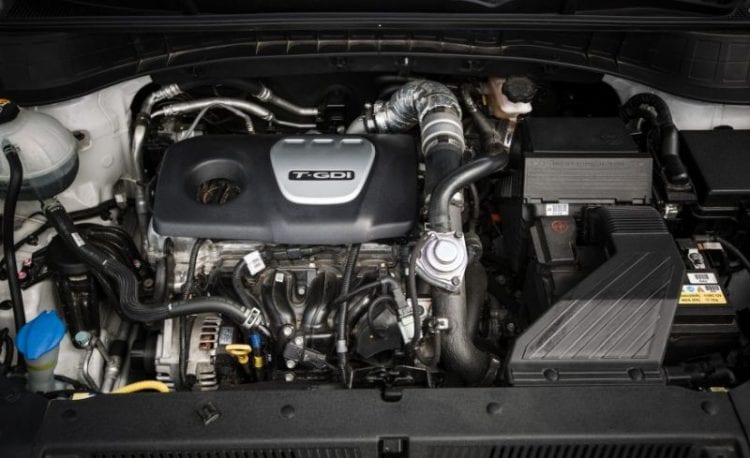 As we mentioned before 2019 Hyundai Santa Cruz is expected to hit the showrooms by the end of 2018. It would come to us as the 2019 MY, and we should be seeing them on the streets by the beginning of 2019. From this point of view, all of this seems pretty far away, but it should be wort the wait. As for the price, noting is official by now, because of the mystery that surrounds the final product. Starting estimations vary from $25,000 to $32,000, which should put into competition with Toyota Tacoma and Chevy Colorado.