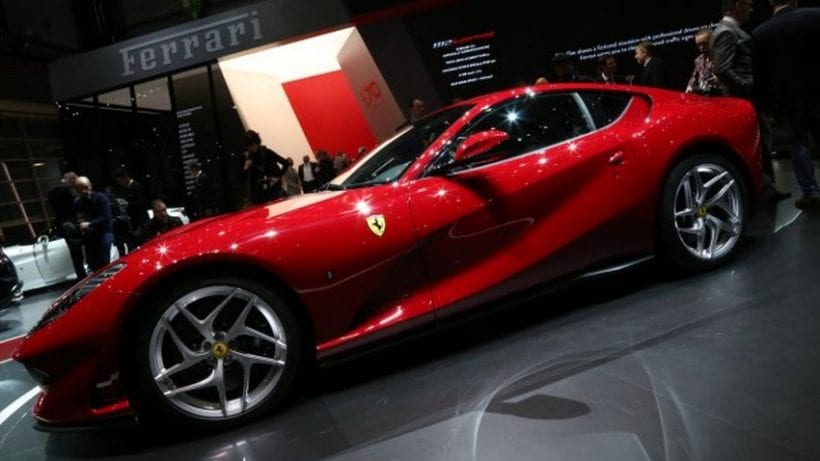 Once upon a time, there was F12 Berlinetta, beautiful, graciously elegant, moving piece of art. Then came mean, angry looking tdf iteration of the same car and Ferrari evidently became fond of newly discovered aggression, as it continues its story with brand new 812 Superfast. Lights turned to the dark side, grille switched to the meshing, body muscles became visibly stiffer.

There is no denying the fact that many people in search of supercars like the idea of frightened looks of people when their beast appear in the mirror of the hatchback right in front of it. Still, many of us cherished bespoke “prancing horse” elegance, with the notion that for visual madness you can always turn to Lambo or McLaren. Is there a way then, for ultimate Ferrari’s GT car, to regain some of the lost design sophistication derived from the gentler approach with its appearance? Maybe. And that could be in the form of 2019 Ferrari 812 Aperta.

Aperta means open in Italian, so we are referring to the idea of a topless version of 812. The same name is used with LaFerrari, and we could also go with Spider used with 488 model. But, first of all, there are no any indications that cabrio version of Superfast is going to happen, nor there are any rumors, so we are here to fantasize.

If we look at the past, we will see that predecessor F12 Berlinetta and one before that 599 GTB Fiorano, came exclusively with fixed roofs. Still, as an exception in both cases, Ferarri offered one-offs or highly limited special models with a chopped roof, which includes F12 TRS and F60 America in the case of Berlinetta and SA Aperta, Superfast Aperta and Superamerica 45 if we take a look at the GTB Fiorano.

Similar story goes if we dig even deeper into the past with 575M and 550 models. So, Italian car maker does offer convertible versions of its top GTs, just not in the mainstream way, which makes the idea of 2019 Ferrari 812 Aperta at least theoretically possible.

IT COULD LOOK AS?

As 812 Superfast without the roof. For saving you from the trouble of imagining it, TopSpeed.com offered a rendering. And it looks great, plus it does bring additional elegance, though it doesn’t dilute much menacing part of it. Since the rear end is highly elevated over the shoulder line, exterior appearance and, we could imagine, the interior feeling would be closer to targa models than traditional convertibles.

That is the main beauty of any targa, access to the open sky without compromise of ultimately gorgeous coupe lines, and 812 could possibly pull that recipe while sticking to the traditional top that could retract in the rear. We said possibly, as not being part of Ferrari’s engineering force, we cannot be sure whether the current shape of the tail allows that or remodeling would be needed. 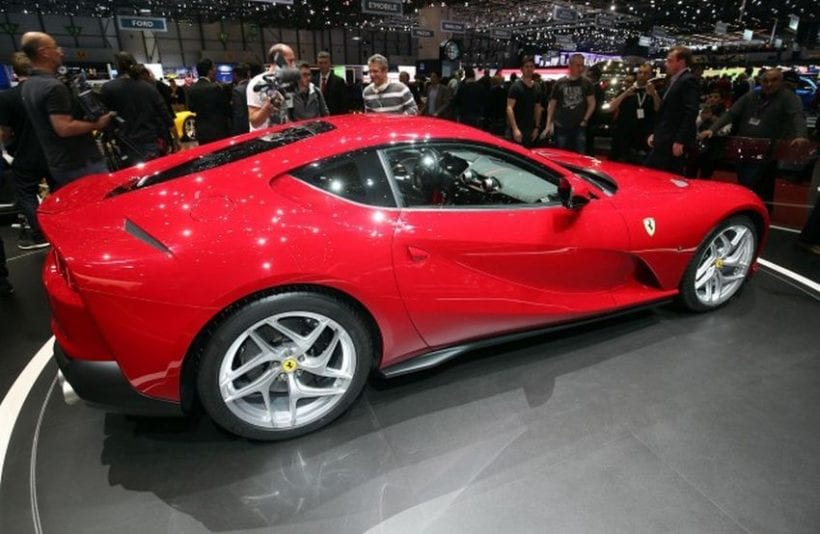 IT COULD BE FAST AS?

As 2019 Ferrari 812 Aperta after gaining some pounds. Every convertible inevitable adds some weight, thanks to the roof, its mechanism and structural reinforcement along the chassis. There is no any mystery about possible engine use, as currently employed powerplant brings 812 the title of highest horsepower figure per liter for any front-engined production vehicle in history. That would be 121 hp per liter, which means that non-turbo 6.5-liter V12 delivers 789 hp. Add to that 530 lb-ft of torque and Superfast reaches 60 mph in just 2.9 seconds, while top speed is 211 mph.

Aperta could add a tenth to acceleration time or scale down top speed by a couple of mph, but not near enough to upset somebody. In the end, if Ferrari someday includes it in regular offer it could add, let’s say, $20k over $340k price of coupe version, but if it arrives as limited and special edition, just like it happened before, who knows what figure could Italians come up with.