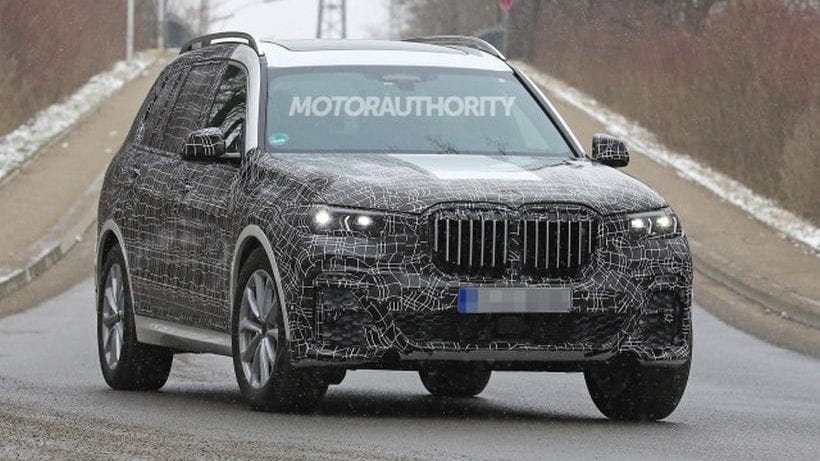 BMW is getting its horse ready for the full-size luxury SUV race. This might sound like a cheesy metaphor, and it probably is, but that is what’s happening right now. If you can recall, last year German carmaker presented a concept vehicle that had an intent of signaling the imminent arrival of 2019 BMW X7. They are still in the process of creating the final product, which is confirmed by the spy photos of 2019 X7 test mules we acquired.

The first talk of a flagship BMW SUV called X7 started more than ten years ago. But at that time, Munich-based company officials decided that the time is not right for a car of that size. Instead, they turned their attention to smaller vehicles. At the moment that was the right call to make, considering that market wasn’t in a frenzy for all types of SUVs and crossovers like its today. Nowadays, the market is carving for a BMW-made SUV positioned above X5 and X6. One of the places where this type of vehicles is in highest demand is China. Considering how big Chinese market is, German company logically decided to start working on their new flagship SUV back in 2014. Now they are almost completing their four-year work of bringing us 2019 BMW X7. 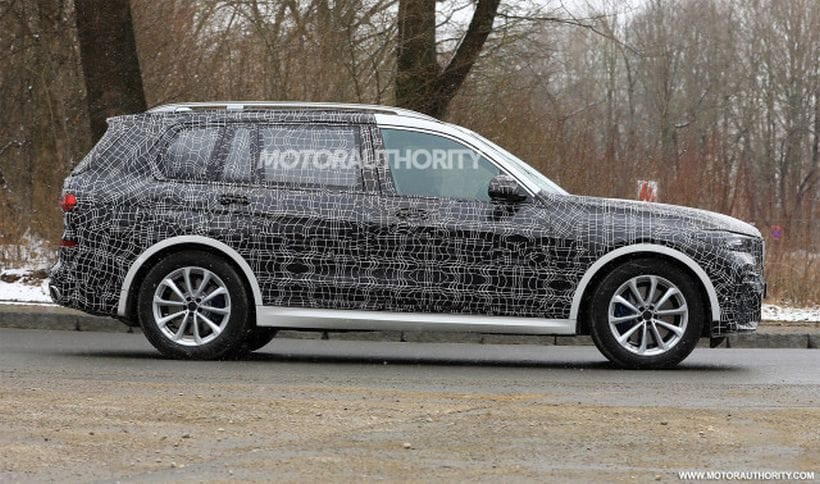 But, it’s not like BMW is going to have an easy job taking over this segment. Some of the competitors are offering their full-size luxury models for years. Upon its arrival, BMW X7 will face serious rivals. The most notable adversaries will be Cadillac Escalade, Infiniti QX80, Land Rover Range Rover, Lexus LX 570, Lincoln Navigator, and Mercedes-Benz GLS. And, don’t think that BMW is the only one who will try to get a piece of this market in the future. Jeep is currently working on bringing back to life its Grand Wagoneer model. 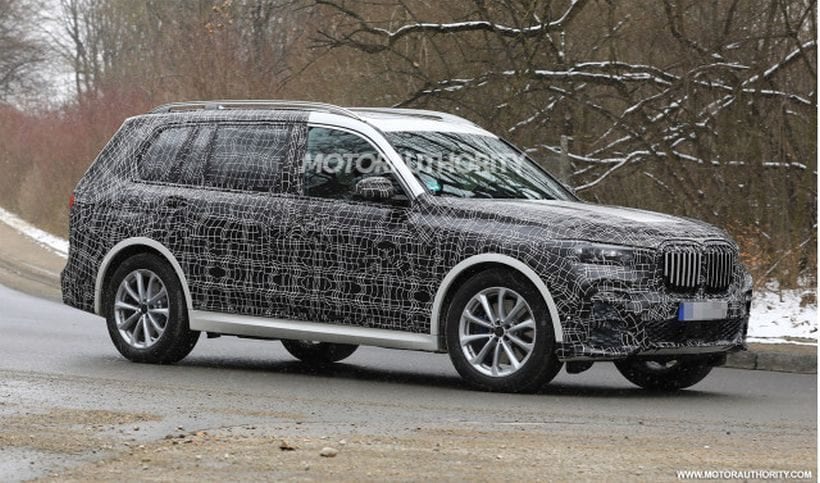 These spy photos show us prototypes of 2019 BMW X7, and we must say that we are not a bit surprised. In addition to witnessing the concept reveal, the new X7 looks like a larger version of the upcoming BMW X5. The only vague difference is that X7 is longer, and has more muscle to it, especially on the front fascia.

Inside the cabin, new X7 will have three seating rows. The driver’s seat with surroundings will be similar to what latest generation of BMW 7-Series offers. Entire layout will be focused on the driver, and thus you can expect state of the art infotainment system equipped with hand gesture function.

Under the hood of new BMW X7

The platform on which the new X7 is going to ride is the same one that underpins all-new BMW’s models. We are talking about CLAR architecture. This setup had its debut with 2016 BMW 7-Series, and after that, it was featured on 2017 BMW 5-Series. This platform benefits from light-weight materials that besides lowering the total weight of the car gives it more strength and rigidity. At the same time, it works wonders for fuel economy.

Another positive side of this architecture is its compatibility with electrified powertrains. In addition to standard V-8 and in-line-6 units, 2019 BMW X7 will most likely feature a plug-in hybrid setup. Another possibility is a V-12 mill which would power the M performance models. 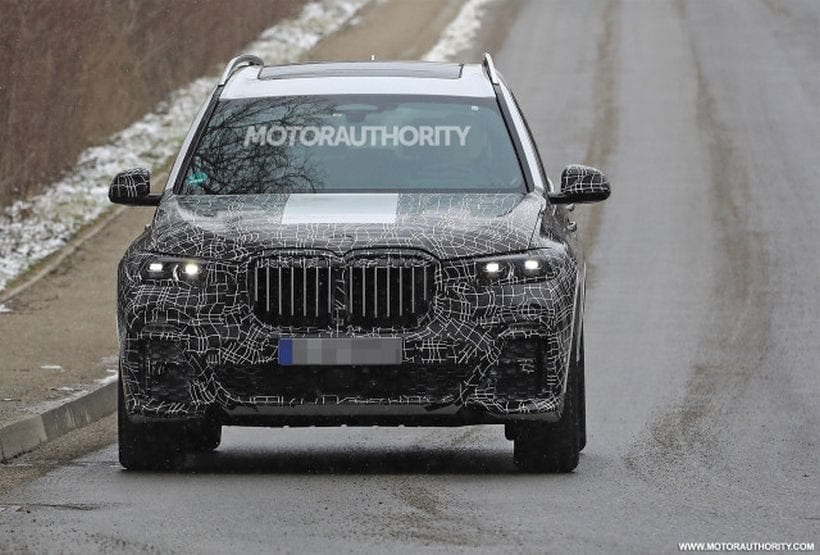 Same as with upcoming BMW X5, the production of this vehicle will be done in the company’s factory in Spartanburg, North Carolina. The first pieces that represent the pre-production units are already being assembled.

The production-ready vehicles should follow shortly after those mentioned above. Germans have already announced that the sales will commence during 2018. This means that this SUV will be sold as 2019 MY. The official debut is expected to happen during November at the 2018 Los Angeles Auto Show.