Bentley introduced a four-door version of Continental GT coupe two years after it debuted, precisely in 2005. The addition of two doors and a sedan shaped rear end was done in all, but a graceful manner. The second generation debuted in 2013, again two years after new coupe arrived, and while the tail was redesigned it still hasn’t pushed the right visual buttons. Anyway, the second generation is more of a facelift, since it still relied on same technology, we had more of nip and tuck regarding styling changes and interior carried on in remarkably similar shape. But, as we saw that new coupe is under some heavy testing, so the new sedan is also and let’s see what we know about 2019 Bentley Flying Spur.

No, it isn’t. Well yes, in the spy pictures it is Porsche Panamera, but underneath it isn’t. Bentley has already used other car to test next generation technology of its models, you maybe remember the use of Audi Q7 which has been Bentayga under the surface in that case. 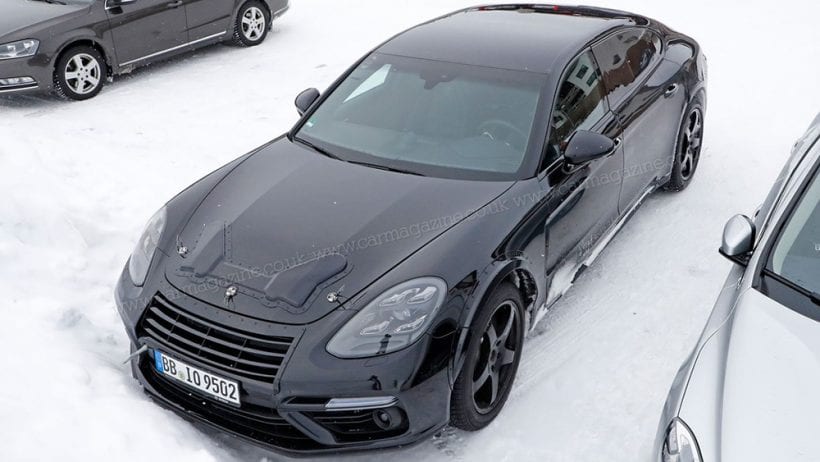 In this case, British company is using Panamera, and license plates are registered on Bentley, so there is no confusion about the matter. Anyway, it is a clever way to hide contours of new Spur before you decide to actually show them.

In terms of future styling, pictures don’t serve anything for us. But we saw spy photos of GT model and we have beautiful EXP10 Speed 6 concept to guide us. From coupe spy shots we now know that front fascia will follow closely to the concepts overall body shape, which give us tremendous hope that Flying Spur is going to become looker for the first time. 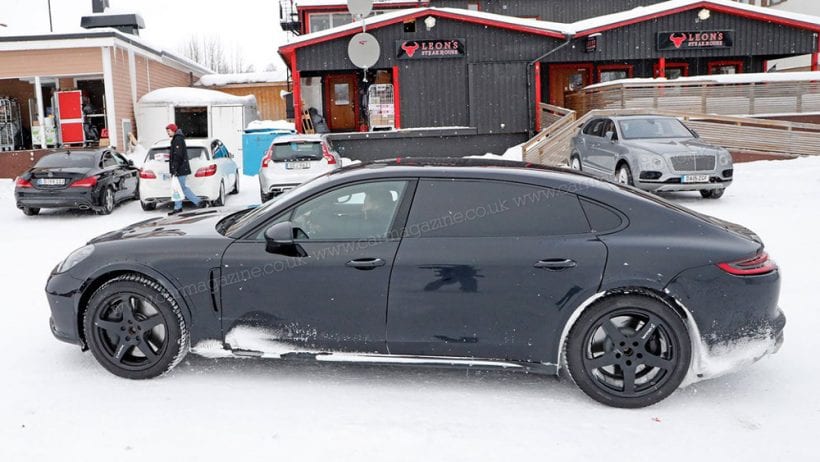 The new body will be incredibly sleek and athletic compared to the current model, while honestly, new coupe is so handsome that Bentley could easily make something similar to BMW 6 Series Gran Coupe in our case. Well, that is not going to happen, since we are talking about a rival for Rolls-Royce Ghost, but undeniably it will become attractive, and we don’t believe that British will spoil all with the questionable design of tail.

There are no spy shots of the cabin, and if they were, they would be of no use, since it would be Panamera’s bits and pieces. Current interior is unquestionably one of the top offers when luxury is concerned, but it hasn’t evolved visually much from 2003 when we first saw it in the coupe. Above mentioned concept gave us insight into what to expect, and we should all be more than delight about it if ti follows that directions. 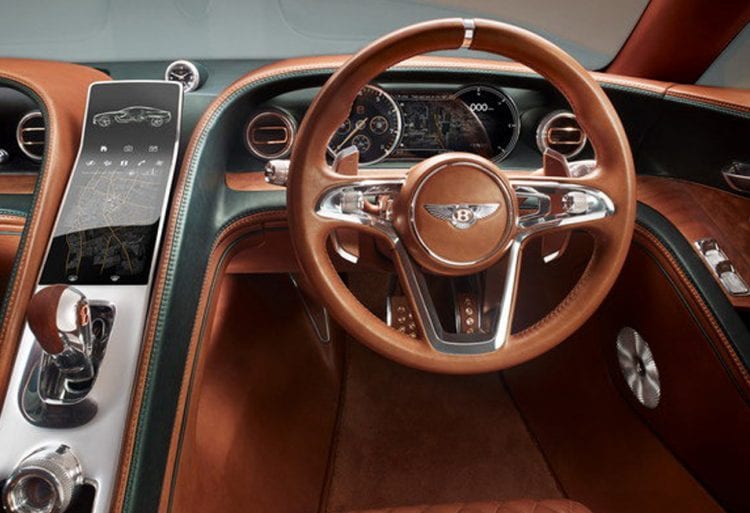 We see that all prevailing lavishness remains, but as for exterior, new found graceful elegance arrives. Dash is not massive anymore, in fact, contrary, being incredibly sporty oriented and shaped similarly as one in legendary Porsche Carrera GT. This is more than natural for new coupe to take on, but for a luxury sedan, it will be something unusual and interesting if it happens.

New Flying Spur will use MSB-F platform, debuted with latest Panamera, which means significantly less weight and incredibly better dynamics. VW’s unique turbocharged W12 undoubtedly remains, and it was recently revised for Bentayga, and there it delivers 608 hp and 664 lb-ft of torque. Since current Flying Spur boost 625 hp, expect the bigger figure to be squeezed from mentioned engine. Also, 4.0-liter turbocharged V8 should continue as an offer, today it delivers 507 hp and 486 lb-ft, while S model goes to 528 hp, but tomorrow it should be more, as in Panamera it already goes to 550 hp. Will Bentley introduce 2.9-liter V6, and hybrid powertrain is big unknown at this moment.

If we look at the history, we see that sedan arrives two years after coupe debuts. If we take that coupe is about to be revealed during this year, the sedan should arrive then in 2019, but we sincerely hope that it could be at least near the end of next year. 2019 Bentley Flying Spur is expectedly going to see some bump in the price figure from current $191k, and it is more than justified if we see how revolutionary for Bentley it will be.