Audi got its fair share of critics when it comes to its design. Ranging from boring, too predictable, to copy/pasted and similar, but we all have to admit that from time to time they managed to surprise in a pretty positive way. They did it with the first generation of A5 and R8 and especially with A7. Incredibly stylish for the German carmaker, beautiful and elegant it is already seven years on the market, and you may not even notice that fact.

Still beautiful or not, the successor is on the way, and masked prototypes of 2019 Audi S7 has already been seen. 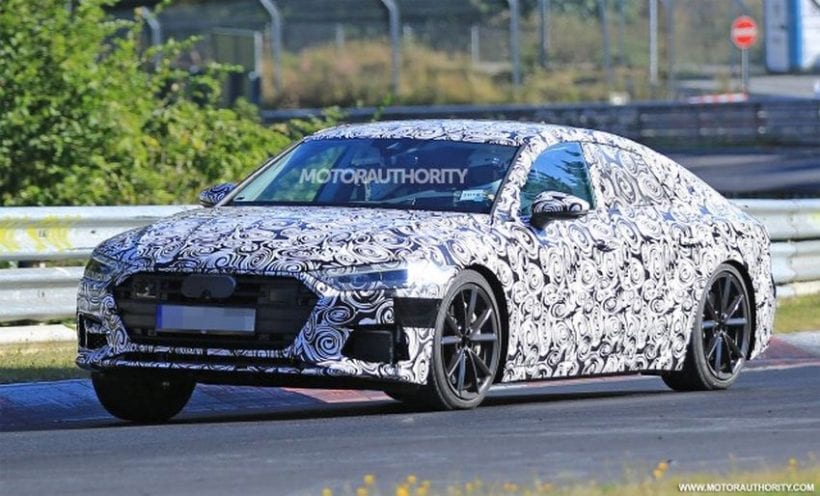 A7 is based on A6, but judging by the spy photos new one is more in resemblance to the camouflaged test mules of new A8 as far as front fascia is in question. The grille is wider, more angular hence more aggressive, headlights are thin, sharp and merged with the grille. Headlights of masked upcoming A7 and A8 seems to correspond more to the ones on newest TT or R8 model, while spied A6 is more similar to the current A4 model at front.

A7 is by pricing closer to the A8 than to A6, which is platform and interior donor, so bringing it visually closer to top Audi’s sedan offer is a decent move. From the side view, highly elegant fastback shape is preserved, but tail seems to be reshaped. It looks more upright now, giving the sense of prolonged roof, along with different taillights, both in shape and layout.

There are no any photos of cabin yet. The current one is completely borrowed from A6, and probably future one will share the same recipe. These days it shows obvious signs of aging, apart from sublime build quality, and newer ones seen in latest models are a great leap forward. Expect evolution of similar minimalist and unfussy approach, but in the same time highly sophisticated and elegant one, used with latest Q7, A4, A5, and Q5.

Things like Virtual Cockpit will finally find its way here, while for features like digitalisation of the whole dash with haptic screens coming in newest A8, we are about to see.

At this moment S7 produces 450 hp and 406 lb-ft of torque while sprinting to 60 mph last 3.9 seconds, so you could expect only better than that.

Things like Quattro AWD, adaptive air suspension along with 7-speed dual-clutch automatic should carry on. RS7 used 8-speed conventional automatic, which turned out to be smoother than the sporty sounding dual-clutch option, while also managing to shift with the same velocity, so that might continue as well. 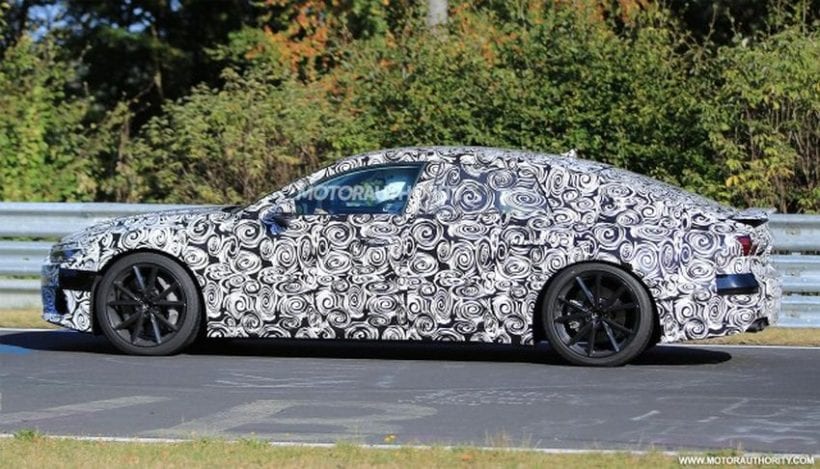 Absolutely. We hope that 2019 Audi S7 is going to be no less gorgeous than its predecessor and still exceptionally quick. A7 with a price tag at $70k is priced same as Merc and whole eleven grand cheaper than Beemer while offering same well-executed package. RS7 has AMG CLS63 and M6 to match, while S7 is left alone with $80k tag.

That is in same price line as base 640i and bit more than Merc stronger than entry-level offer CLS550 4MATIC while leaving both of them feeling way underpowered and slower to our Audi. In conclusion, S7 might be even considered as a reasonable purchase, and we don’t see that changing in the future making the new generation more than the worth of waiting for, just be patient till next year.