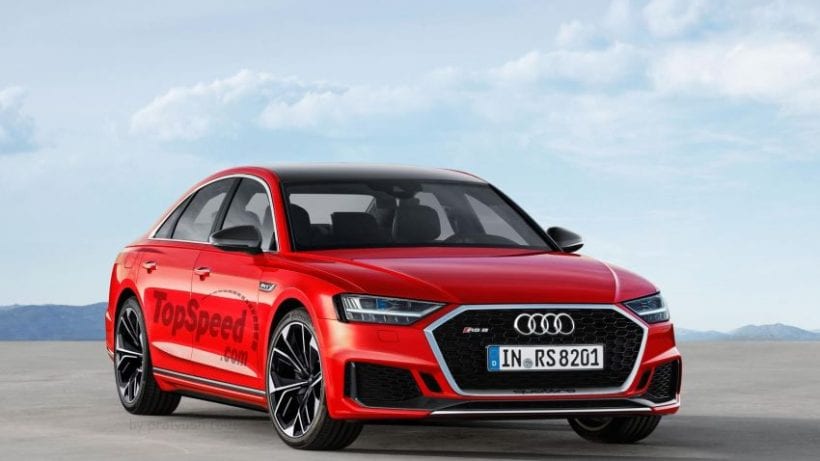 2019 Audi RS8 could become a reality for the fans of German brand who long craved for a true RS8 model. With an introduction of an all-new Audi A8 a few months ago, the company should start working on this sporty machine. At the moment, there is no official info about this vehicle, but the rumors have begun to circle. This makes us free to speculate about the new RS8.

The exterior will be a combination of sleekness and elegance aided with a healthy dose of aggressiveness. The meaner look will be accented on the front and rear fascia. Some of the things that will be the same as on the latest A8 are the hood, headlights, and grille. But, as far as the grille goes, it will have a small difference. The horizontal slats will be replaced by honeycomb mesh, and big RS8 badge will be attached to it.

To add it that necessary ‘sports’ look, the bumper will be redesigned compared to the previous model and A8 flagship. Side vents will also be more pronounced to close the ‘sports’ look of 2019 Audi RS8. At the back and sides, there won’t be too many changes compared to the standard version.

New A8 came out with a completely revised interior, which is good news for upcoming RS8. The previous cabin was outdated, and it was essential for German brand to keep the race going with Mercedes-Benz S-Class and BMW 7 Series. It now looks elegant, with smooth horizontal lines and clear look of the central stack. 2019 Audi RS8 will take a page from A8 book, and this makes us happy. It will only take a turn in a more sportier design with the addition of carbon-fiber details. Also, the color schemes will be darker to pronounce RS8’s sports side.

The technology should be same as in A8, which includes Audi’s latest infotainment system compatible with Apple CarPlay and Android Auto. 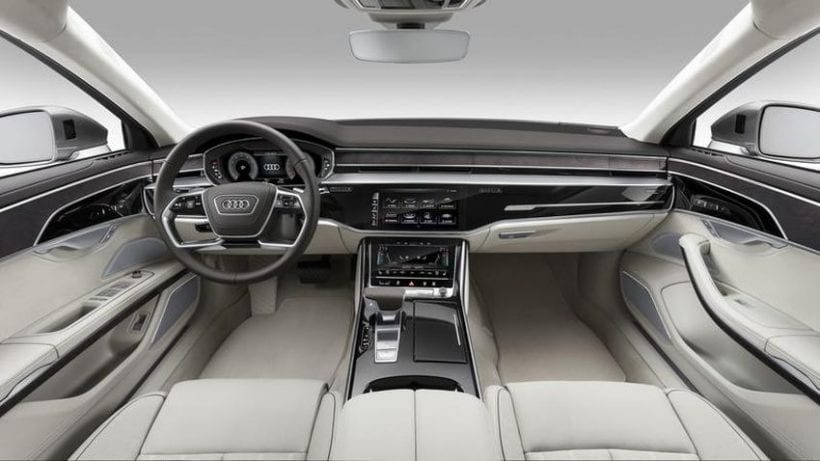 There’s no word on what will lie under the hood of the upcoming 2019 Audi RS8. But, knowing how this German automaker does things, it will be something potent. The S8 model was discontinued in 2015 and Audi will look to build upon its legacy. Back in the day, this car had 520 horsepower and 481 lb-ft of torque. This unit was replaced by a revised twin-turbo 4.0-liter V-8 which could deliver 605 hp and 516 pound-feet of torque in S8 successor called S8 Plus. The 2019 RS8 will have to go beyond this because the market is expecting nothing less.

The same 4.0-liter V-8 was improved for new A8, and it now has 480 hp. This mill can be further enhanced to provide the desired 620 horsepower. Another option remains the unit that debuted in Bentley Bentayga, the 6.0-liter W-12 which comes with 600 hp and 664 lb-ft of torque. Both of these powerplants have what it takes to power the new RS8. 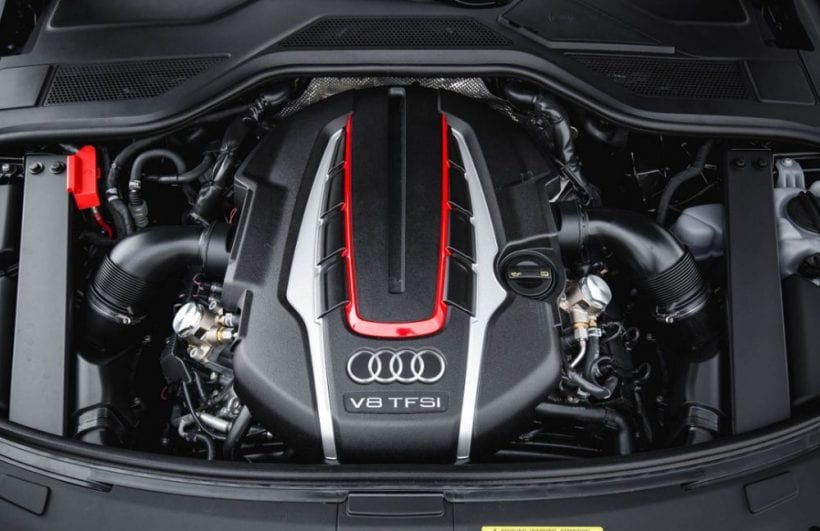 There’s no word about the pricing of this vehicle, as we are currently dealing only with rumors and speculations. But looking at the current Audi lineup, and the model 2019 RS8 will replace, the S8 Plus, the cost will go above its price tag which stands at $114,900. If we know that its main competitors such as Mercedes-AMG S63 start at $144,700, the upcoming RS8 should be around $150,000.

As far as the release date goes, we must say, to our personal disappointment, that there is no available information that could suggest us when it will be. For now, the car only exists in the minds of petrol heads. But, to make it a bit easier for you, we will give ourselves the freedom to guess when it will be out. There’s still time for Audi to start testing this vehicle during 2018. If they manage to put the prototypes on the roads before the end of the year, it could be expected that they will launch the new model in early 2019.