We already wrote about Atlas, and it is time for us to do it again. Among many novelties shown in Detroit, one was the 2018 VW Atlas now officially presented to the American crowd. It is made especially for US soil trying to soften the blow of resentment caused by Dieselgate. We remember that this is not the first time that German carmaker makes something reserved only for the American market, as current Passat doesn’t correspond to European spec model. 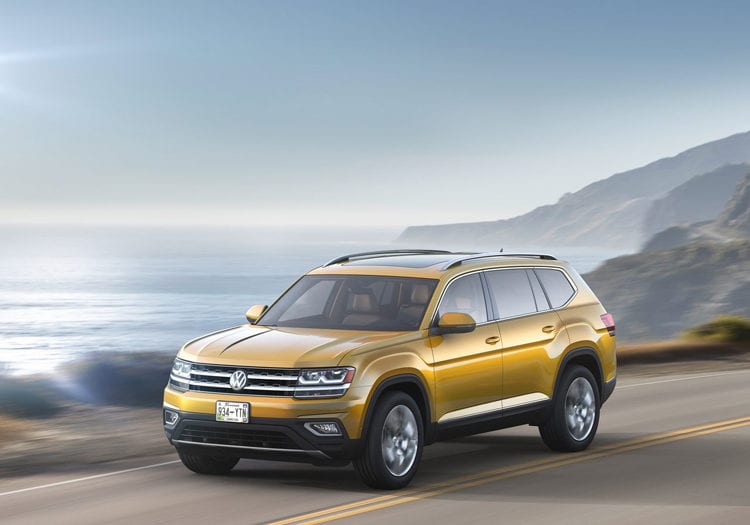 Actually, Passat is sort of insult for American customer as it is an old and outdated version of it, receiving just the redesign in 2015, in time when European one already entered the new generation. Happily, Atlas is a different story, it covers previously empty slot in the mid-size segment, and it is not an old version of Tuareg or Tiguan or something similar. It is a brand new model, and it is tailored to suit American taste.

Despite it is intended to mid-size market it is rather huge looking at its dimensions. It is even bigger than Touareg which covers the segment above. Large size coupled with bulky and angular front fascia could make it imposing on the road. But it is all about dimensions as styling is pretty dull, which we are pretty much accustomed to with VW. It plays on same styling card as Chevy Traverse refusing to succumb to the modern trends of exciting and intriguing lines, and that card turned out well more than once with US buyers. 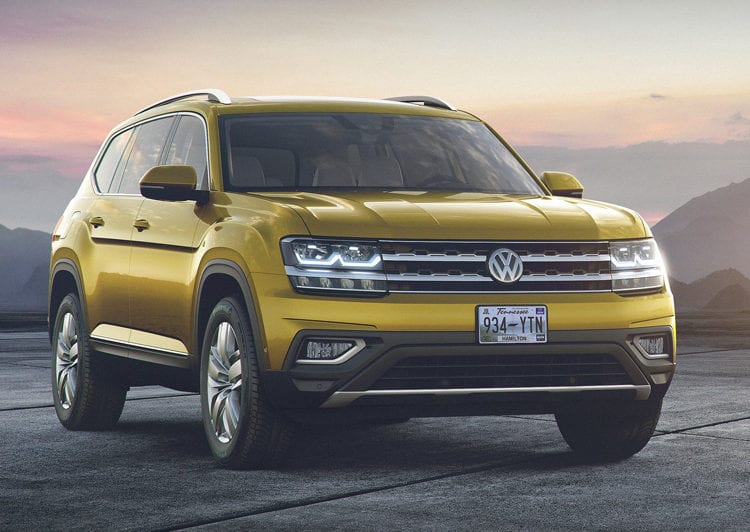 On the styling plus side, full LED headlamps are standard, and honestly, halogen ones would really make it feel unrefined, while tail ones are optional. There is R-Line styling package, and if you are not totally in the mood of staying inconspicuous you should opt for it since that is, despite being designated as sporty styling, just relatively elevating to the level of more interesting looking competition. Overall, it is rather conservative styled, rugged and bulky SUV, something quite familiar to the intended market.

Interior is suffering from complete lack of imagination also. Don’t worry as it has plenty of other things to shout about. VW offers near premium experience when we come to the build quality, easily overshining usual rivals followed by wisely chosen materials. And again, simple and plain interior surfaces are something that US market was flooded with before latest economic crisis. 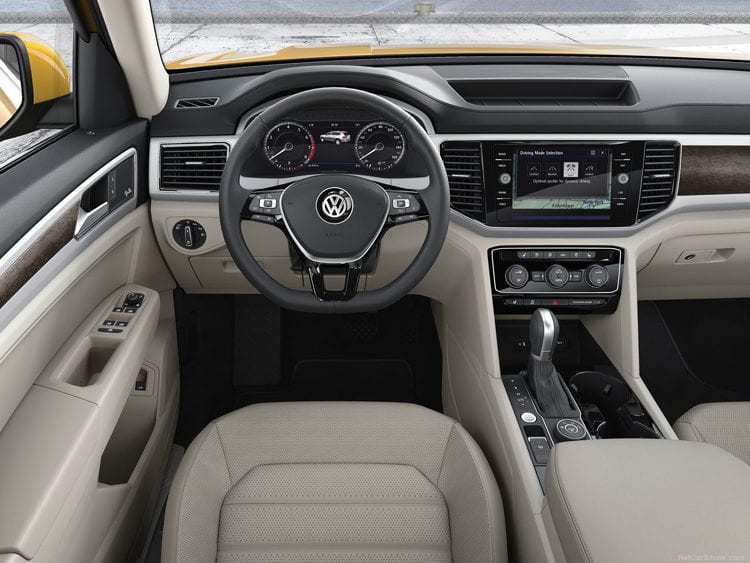 In one thing it totally decimates its rivals, and that is the space and abundance of it. We mentioned that it is bigger than Touareg and it was sensed in all parts of the cabin. In that manner, the third row is decently comfortable, while the second one could slide and you can opt for captain chairs as a replacement for the traditional bench.

There are two options here, 2.0-liter turbocharged unit delivering 238 hp or 3.6-liter V-6 pumping out 280 hp, both of these are paired with 8-speed automatic. There is no diesel option, considering current VW reputation. After the Dieselgate VW announced that it will turn more to the alternative powertrains, but since it has undeveloped line of hybrid and electric vehicles it shouldn’t deny current offer of more fuel efficient solutions until it is ready and especially in the time when American makers are introducing diesel options in their lineups, most of them for the first time. 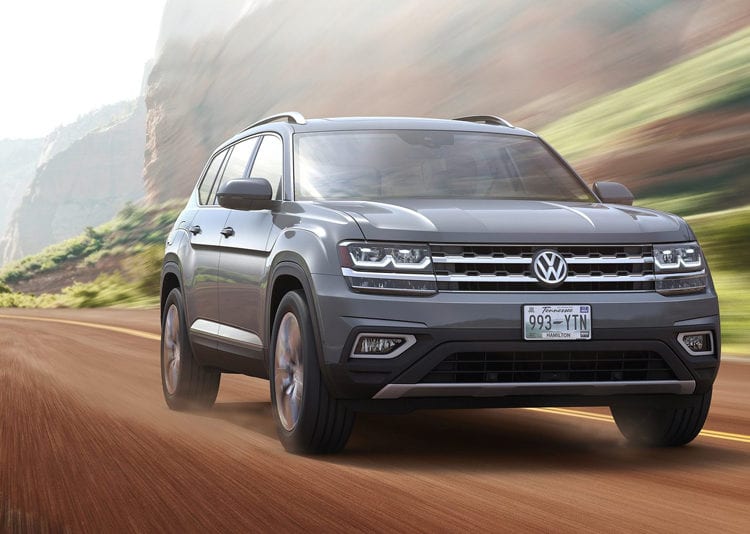 There is one more peculiarity, and that is the fact that base engine is offered only with FWD while AWD is optional with the stronger one. Despite it is crossover rather than proper SUV, with looks it suggested that it could rival Toyota’s 4Runner or Lexus’s GX but missing AWD version even as an option with an I4 engine is just absurd.

2018 VW Atlas is far from being a complete package. It is lavish in comfort department and build quality, but blank in the styling one and with interesting powertrain solutions. It should be one of the prime choices for conservative buyers looking for the maximum amount of metal at discount price. Anyway, it is nice that VW wants to redeem itself with the US only model, that is also built on its turf, more precisely in Tennessee, and time will tell whether the buyers are forgiving ones.