Volvo ventured into the SUV segment in 2002 with mid-size XC90, poised against quite a competition from Mercedes M-Class, BMW X5 and later joined by Audi Q7, Infiniti FX, and Range Rover Sport. Sales numbers varied through the years, but let’s state that it managed to outsell both Q7 and M-Class in certain years in Europe as well as in the US. But the real thing for Swedes happened when they introduced compact crossover XC60 in 2008. This vehicle is a great hit for the company and last year it went to over 80,000 buyers in Europe, which is above all competition and more importantly it is the biggest number so far for any premium compact crossover. Besides it still sells tremendously good, XC60 is 9 years on the market, so new 2018 Volvo XC60 is about to set its foot in Geneva next month.

WHAT DO WE HAVE NOW?

At the moment we only have three teaser pictures, which do say a couple of things about the new generation. First of all, we have obvious use of brand’s signature “Thor’s Hammer” headlights but differently shaped than ones on XC90. In this case, lights don’t extend toward the side of the car, but they do toward the grille, and they actually end up merging with it. 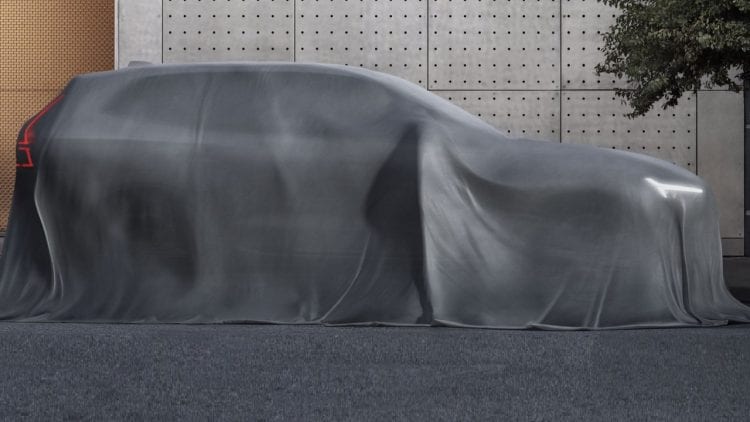 Grille appears to be very similar to the one of bigger brother, which was expected. We also see, boomerang-shaped tail lights, hopefully differently than XC90’s one and overall we see sleeker figure compared to it, also featuring mild sloping roof. We don’t have anything on the interior, but if it goes for S90 and XC90 ideas, we wouldn’t mind, as it is bespoke elegant.

WHAT DO WE ANTICIPATE?

The new model will ride on the same platform, but the longer wheelbase is expected same as improved cargo figures. Dash should carry identical 9-inch infotainment screen from other new models in the lineup, while higher trims should bring Bowers & Wilkins stereo system, surround-view cameras and a 12.3-inch digital display instead of analog gauges.

Safety part must shine, as it is Volvo after all, so expect adaptive cruise control with emergency braking, pedestrian detection and Swedish delicacy- large animal detection. It is also about to introduce, as first in the segment, run-off road protection which intervenes if the driver falls asleep at the motorway.

DOWNSIZING TO THE CORE

Interestingly XC90 model is undoubtedly large and luxury SUV, but under the hood, it won’t get any further from 4-cylinder units. Power is not a problem as T6 boost 320 hp from both supercharged and turbocharged 2.0-liter I4, while T8 hybrid adds electric motor and push that figure to 400 hp. 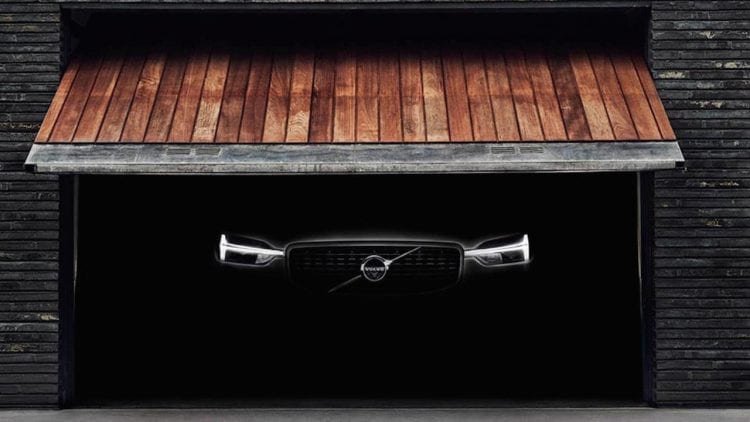 So, 4.4-liter petrol V8 from older model is part of history as well as 3.2-liter petrol inline six. Since new XC60 is one segment below it, forget about current 3.0-liter I6 petrol unit and even 2.4-liter I5 diesel, and even expect it to go below 2.0-liter displacement. It will probably be the first model to carry new 1.5-liter I3 petrol engine under the hood rated at 150 hp and allowing more than 50 mpg combined. The same unit will definitely be present also in the new smaller XC40.

2018 Volvo XC60 is about to debut in a matter of days, precisely on 7th of March in Geneva. Price for the US is currently $40,000 for a start, which should remain because new I3 probably won’t make it there, but in Europe new engine should push the entry price down a bit. Soon, plenty of more information will be available, and we will be here to inform you about all changes.