Just last year Volvo has introduced its 40.1 concept. This vehicle served as a teaser for upcoming smallest of Volvo’s crossovers the XC40. Now the time has come for Swedes to show their latest baby to the world. 2018 Volvo XC40 has been spotted while conducting winter tests in its homeland. Mini XC90 as it was also dubbed is now starting to get its real shape which can be seen in latest spy photos that were taken.

Being covered, as it was, the exterior can’t be described as much as we would love to do so. But nonetheless, it is more than obvious that design for Volvo’s latest installment is going to be borrowed from the concept. The headlights and taillights are reminiscing those of the 40.1 concept, and together with the entire front end they give a clear signal just where from is XC40 drawing its inspiration. Also, 2018 Volvo XC40 is going to be first among many models built on Swedish manufacturers all new CMA (Compact Modular Architecture) platform. Regarding the inside of this crossover, we can say much at this point, but more will be known the closer we get to the release date. 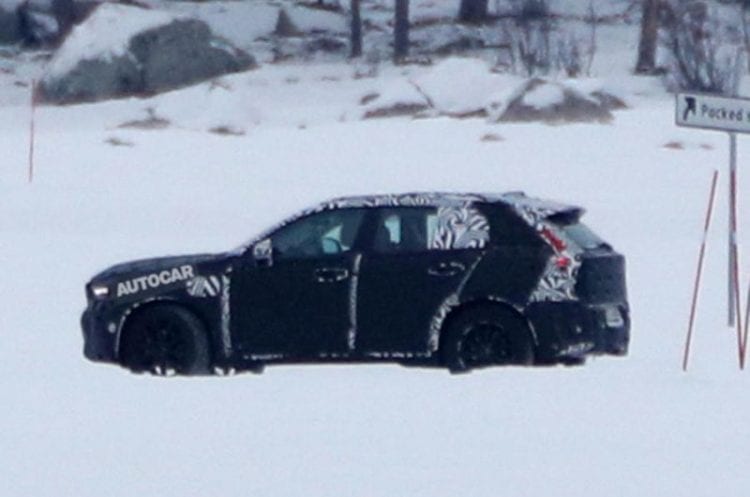 As far as the engine department is concerned Volvo is going to hit us with some real surprises. The central unit is going to be an entirely new modular 1.5-liter three-cylinder mill. This engine is derived from Volvo’s 2.0-liter four-cylinder (both diesel and petrol) which is already in use. Good news also includes these powertrains in diesel, gasoline, turbocharged and turbo-less versions. At the end of the line, there is plug-in petrol hybrid (PHEV) T5 Twin Engine model. This combination consists of 180 bhp petrol engine and 74 bhp electric motor. In this iteration, the 2018 Volvo XC40 will have 30 miles of all-electric range.

Price-wise Swedish carmaker won’t hit us hard. Their goal is to infiltrate the market quickly and to wipe the competition and customers of their feet. The base model is most likely going to start at $30,000 mark while the highest trim model will have the price over $37,000.

2018 Volvo XC40, as we already mentioned it, is completing winter test which can only mean that its release is close by. We can’t say it with certainty, but with the way this model is developing, we can say that it will have its debut before the spring ends. This information is not official, but the place of its revealing can be at 2017 Shanghai Auto Show in April.

Volvo has put up some serious work with new XC40 and with all that they have stated so far they also have some serious plans. One of them includes selling more than 100,000 units each year on worldwide markets. Other plan includes to put up a fight with established models such as 2017 BMW X1, 2018 Mercedes-Benz GLA, 2018 Acura RDX,2018 Volkswagen Tiguan, Range Rover Evoque and already mentioned 2018 Audi Q3.