Swedes have always been a special part of automotive industry. They continuously enforced their philosophy in brand’s lineups refusing to succumb to trends, change direction or let alone copy more successful German competition. Saab paid the highest price and name stayed only in pages of history, Koenigsegg is kind of a different story to be argued here as you will agree, while Volvo is experiencing sort of rebirth in recent years.

It started with XC60 beating all rivals in the sales race, including big German names and continued with V40 and XC90 which were more than just welcomed by buyers. The last generation of S80 had quite a long lifespan, decade-long to be precise, and sales appeared as statistical error compared to what trio from Germany had, but if XC60 could do it, why wouldn’t new S90 also. This vehicle brought new stuff to the game and let’s focus on its more versatile version, the 2018 Volvo V90.

Since Volvo got back on its feet in its mainland Europe making biggest sales record in its history during 2015, it was predictable that it might start to look around and spread. Since it is owned by Chinese, that market appeared natural to invade, but it hasn’t stopped there as Swedes are raising their game in the US. Sales are up, new factory on North American soil is in a development, and new models are promised to reach those shores, primarily new V40. 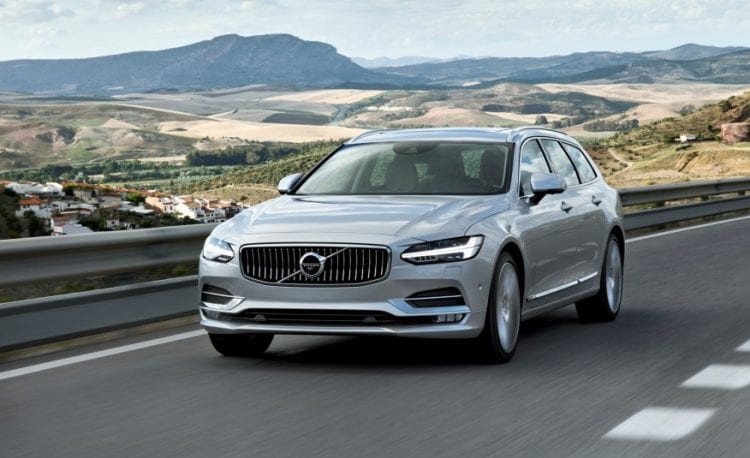 So, Volvo is almost offering the same lineup as in Europe, which translates to our V90 which is estate wagon and despite “old continent” cravings for a vehicle type in question, in the US it is living on the very margins of the automotive world. It will be interesting to see what will come out from all of this in the next few years.

Audi should have proper worries. V90 is restrained, yet elegant and classy and even with a dash of the aristocracy. It speaks about its owner as of somebody with sophisticated taste and mature thinking. The coldness of elegance is just spiced with the lightning shaped tail lights, and it is quite more attractive than German wagon offers. 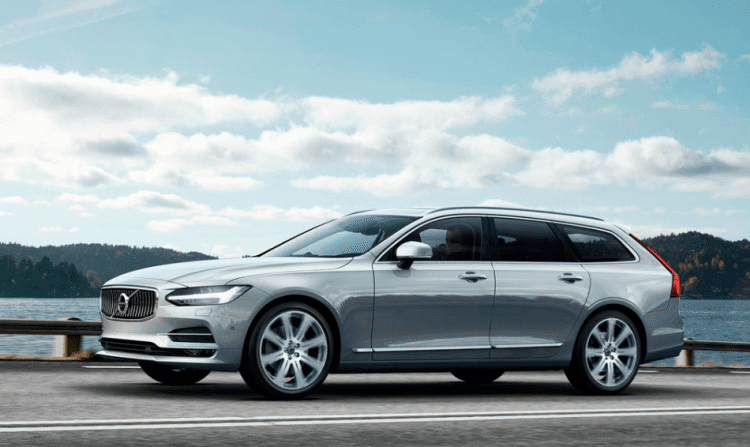 If you go for Cross Country version, off-road styling bits and elevated stance makes it quite intriguing alternative for an overcrowded world of crossovers. Maybe in past Volvo estates emphasized space figures exclusively, resulting in ultimate boxy forms, but after current S60, Renaissance is happening here also.

We thought it would be inappropriate to name it simply cabin. You see, impeccable and clean elegance is followed by highest quality materials, as here wood could be actual wood, not painted plastic and same goes for brushed aluminum, making this resembling 5-star hotel lobby. Build quality is totally in the game with the best in industry, aka Germans, but we already saw what Swedes can do in the past, remember S60 at the verge of the new millennium? 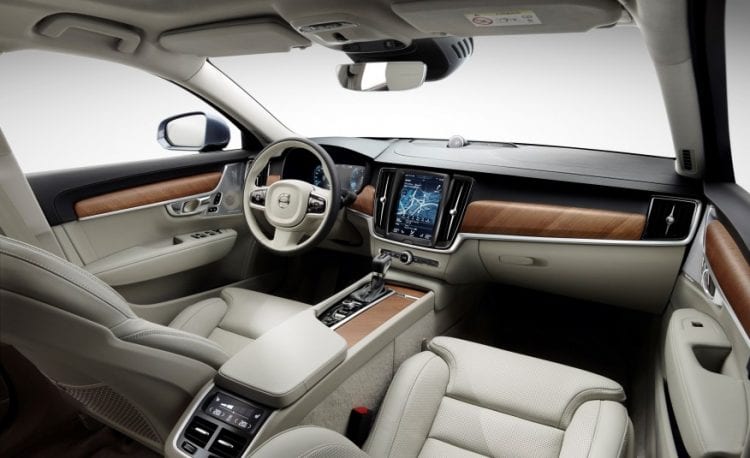 V90 doesn’t feature seats, it offers posh armchairs, but again we already knew that Swedes are kings of that area. Don’t worry as all style hasn’t corrupted practicality part, as space is in abundance and there is a multitude of storage places despite the fact that the floating console is part of the history.

If we have to describe ride in one word, this subtitle above appears as appropriate. With air suspension even in Dynamic settings, this thing hovers gently over the road, denying you of feeling any surface imperfections. 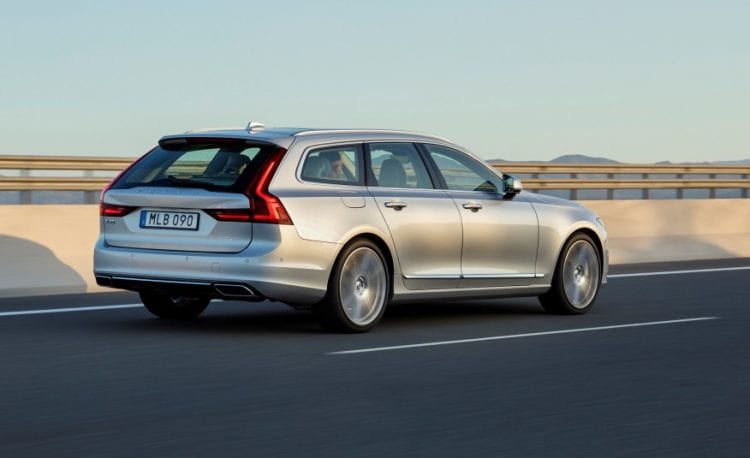 Add to that active noise cancellation and don’t hesitate to indulge yourself into serenity rarely experienced in such tamed manner. But don’t be fooled, it is not as near uncontrollable as Citroen C6 was, but also not quite close to 5 Series, but yet satisfying enough considering its nature.

Engine offer is not yet confirmed for the US, but we can anticipate European petrol lineup, consisted of 2.0-liter engines, delivering 254 hp in T5 version and 320 hp in T6 version all paired with 8-speed automatic, while power can go to all four wheels, as an option. In the worst case, you’ll reach 60 mph in 7 seconds, while in best, subtract almost a whole second from that figure. Numbers are not tremendously good, but still quite convincing.

Why not 2018 Volvo V90? If you look for class, quality, refinement and all that with proper space, not many things can pair its comfort package. With Pilot Assist it even drives you on the highway and bare in mind this is not Tesla, as Swedes check everything several times before it reaches the game, as Volvo is as safe as a car can get. Even if you are American, why not think outside of the box, why not consider being unique, being more special on the road, as roads are far to be flooded with this jewel in the near future.