S90 just debuted last year, and already Swedes are bringing some changes and improvements. Some of those differences are provoked by new XC60 or brand’s absolute bestseller in the previous generation, managing to outsell traditional German premium bunch of rivals even on their holy ground the Old Continent. So, let us see what 2018 Volvo S90 brought new in such early days for it.

2016 was the eighth year in XC60’s life span, and despite that, it was the year when it managed to be sold in almost 83k units in Europe. That is the biggest number since its introduction and the highest number in its segment. Can you imagine what type of craving recently debuted new model is going to cause, then? Swedes are thinking in a similar manner, so S90 production was relocated from Sweden to China, making way for compact SUV and its predicted huge ordering numbers.

We all know China’s fascination with stretching all shape of sedans, and while Daqing plant is capable of manufacturing all wheelbase sizes, Volvo has decided that the US from now get’s only stretched one. 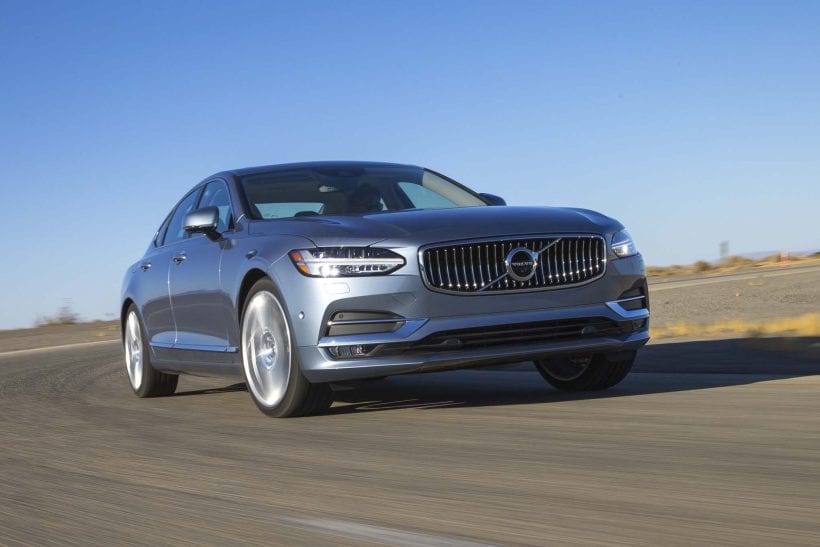 So, every S90 that will land in the US, from autumn, will bring additional 4.5 inches to its wheelbase length. That means extra leg room, and in the case of a top T8 engine, to which we will give special attention soon, it also means standard panoramic roof and uniquely shaped rear seats capable of massaging you, though they are capable of delivering that with all engine choices.

Don’t worry about aesthetics as more inches didn’t hurt exterior elegance at all, as on the outside everything retained its normal length in the eyes of the observer. Despite prices rose for about one grand, $48k is the new starting point, we would say that in this case longer is the better.

Up till this point in the US, you could choose between the T5 engine, the 2.0-liter turbocharged I4 rated at 250 hp or T6 which stands for the same unit getting an additional help from the supercharger, keeping turbocharger still there, and delivering 316 hp. If you haven’t noticed so far, almost all latest Volvo models, no matter size and segment, comes exclusively with 2.0-liter displacement, and the new powertrain that is arriving at the US market also respects that trend.

It was already available in Europe, dubbed T8, and it represents top offer despite being a hybrid, let’s say in Panamera style. T8 plug-in hybrid uses same turbocharged and supercharged T6 engine but adds electric motor which brings total power to 400 hp. The purely electric range is at decent 30 miles, and you’re going to love its fuel efficiency of 123 mpg combined. 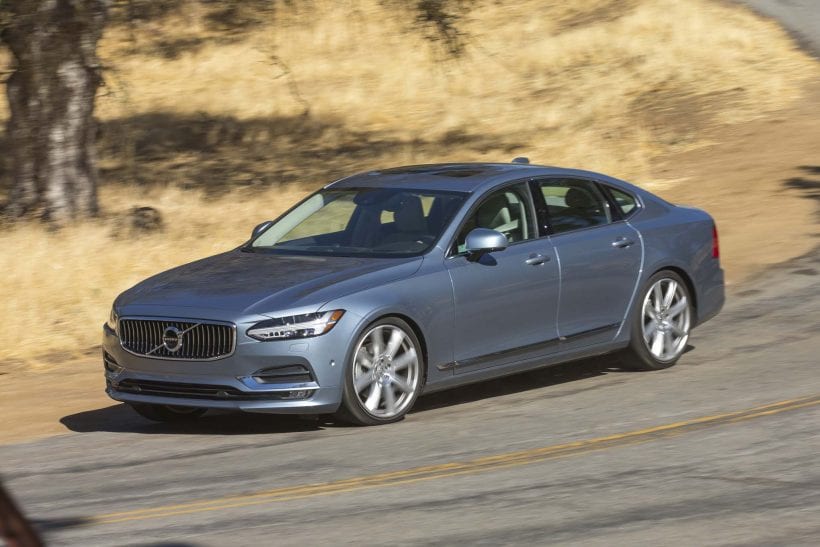 2018 Volvo S90 will also come with updated infotainment system in line with new XC60, while steering and lane keeping assist systems are getting upgraded software. Everything else stays the same, including highly elegant exterior, posh and classy interior, and an overall special Scandinavian recipe for luxury.

The approach of emphasizing serenity with luxury and denying any sporty connotations both in visual and dynamic sense within full-size sedan segment is rare, maybe only matched by Lincoln Continental, so if you are for that type of the game, you know who to turn to.