Home
Rumors
SUV
Volkswagen
2018 Volkswagen Touareg – When Will It Arrive?

Busy time of the year at Volkswagen as the German automaker is currently working on redesigning the Tiguan and Touareg as well as developing brand new models. The first sign of these new developments was the introduction of the Atlas at the 2016 LA Auto Show after which the 2017 Detroit Auto Show followed with the debut of the redesigned Tiguan.

On these new spy photos, we can see a prototype for a refreshed Touareg. At first glance, the new model might not seem too different than the Atlas prototype, but after further examination, some features are noticeably different.

The biggest change is the length of the Touareg as this SUV comes shorter since it is designed to fit five passengers, unlike the Atlas which has seven seats. Also opposed to the Atlas, the new vehicle features the character lines above the door handles. 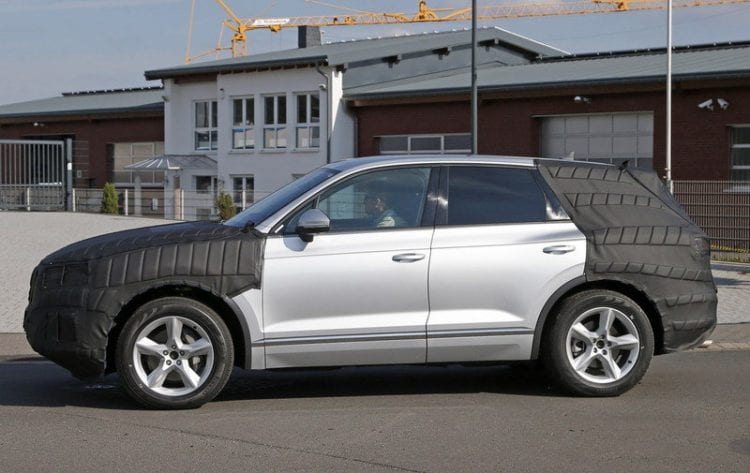 Underpinning the model is a version of the Volkswagen Group’s MLB platform. Other than Touareg, the same platform will be used on the redesigned Porsche Cayenne, a Lamborghini SUV and a new VW SUV which is closely related to the T-Prime Concept GTE that made its appearance at the 2016 Beijing auto show.

The refreshed SUV appears to be wider and more aggressive than the model it will replace. Also, it probably won’t be as heavy as the outgoing version and will have improved interior. When it comes to new technology, the Touareg will apparently feature a digital instrument cluster, a number of driver assist systems, and we wouldn’t be surprised to see some semi-autonomous technology.

In the U.S., an inline-four as the base engine is expected as well as a V-6 for higher trim levels. A plug-in hybrid version is also possible. Volkswagen will probably decide to keep an 8-speed automatic gearbox.

The redesigned Touareg will be introduced soon and will hit the market as a 2018 model. In addition to Touareg, three more SUV vehicles will be added to VW lineup, a full-size one, and two smaller ones than the Tiguan.

Back in 2010 VW was releasing the new generation of the Touareg, which managed to outsell its predecessor by quite a big margin thanks to all the improvements they did to the original design. However, that great car is approaching its end of life, so a new model has already been rumored by all the VW enthusiasts out there. It seems that they might be right because a development mule has been spied not too long ago on a trailer.

Rumors of the new 2018 Volkswagen Touareg

The rumors say that the new car will be using VW’s all-new MLB Evo platform which also underpins the latest Q7. This is highly possible since the development mule that was spied was an old Audi Q7 body strapped to an entirely new chassis. 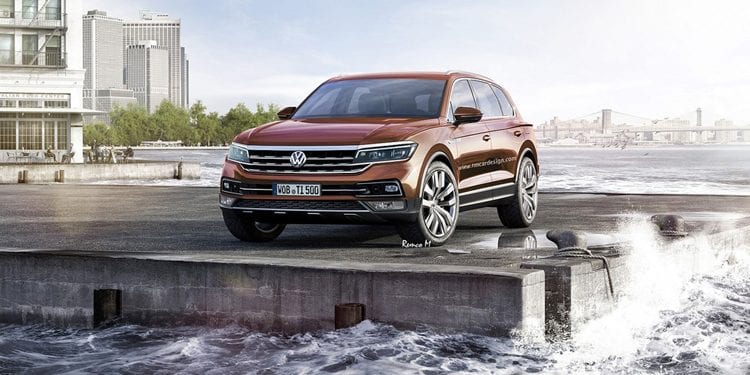 We do know the spied Q7 was, in fact, a 2018 Volkswagen Touareg because the entire interior of the car used only VW parts while it had the exterior pieces which clearly were not from the Audi model. The release date is currently unknown, but we expect to see the new Touareg sooner than the new Cayenne, so likely at the end of this year while the production version could be out by the mid of 2017.

The price will probably hover between $45,000 for a base car and more than $60,000 for a top of the line model. Compared to a previous generation we can notice decent jump of almost $3,000 which certainly affect sale results, but we still think that this is one of the best options in the segment. 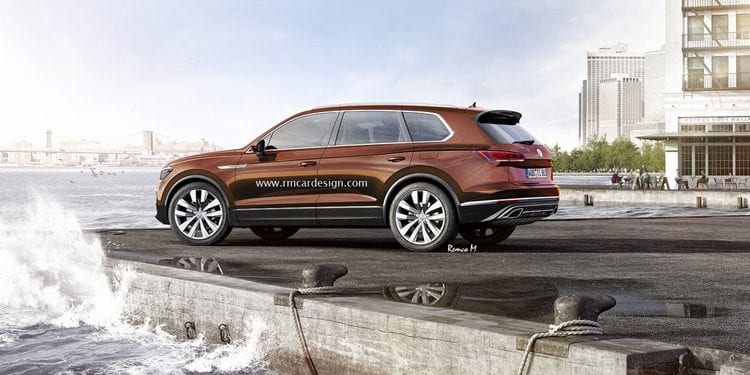 Unlike with the current model which completely lacked a high-performance version, the upcoming car is expected to be offered in an R-trim level which will borrow some of the Cayenne running gear in order to make for a really impressive SUV.

The car will also use very similar engines to those found in the new Q7 but in addition to the two 3.0-liter V6 engines, the new Touareg has been rumored to receive a base 2.0-liter turbocharged inline four as the entry level engine as well as a 2.0-liter diesel, both of which will only be available in Europe. 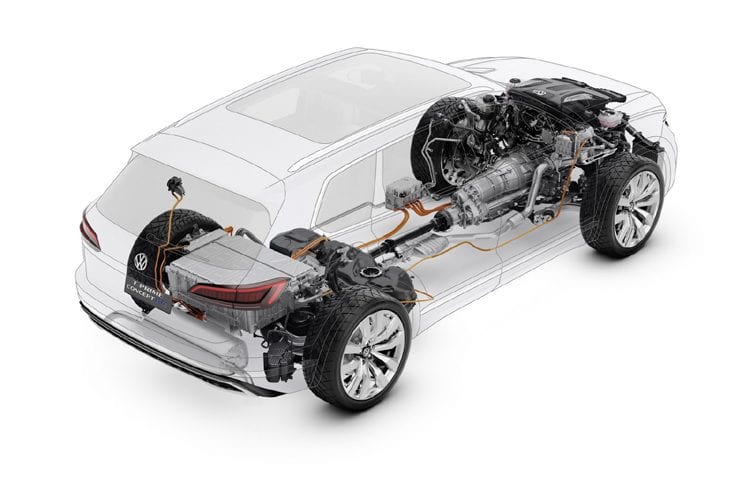 The upcoming R model, on the other hand, is expected to make use of the 3.6-liter turbocharged V6 found on the Macan, which would make for a really impressive car. Power figures should go from 180 hp for 2.0 diesel, and all the way up to 400 hp on the most powerful version.

As with the current models in the lineup of the VAG Group, the upcoming 2018 Volkswagen Touareg is expected to employ a very similar design. 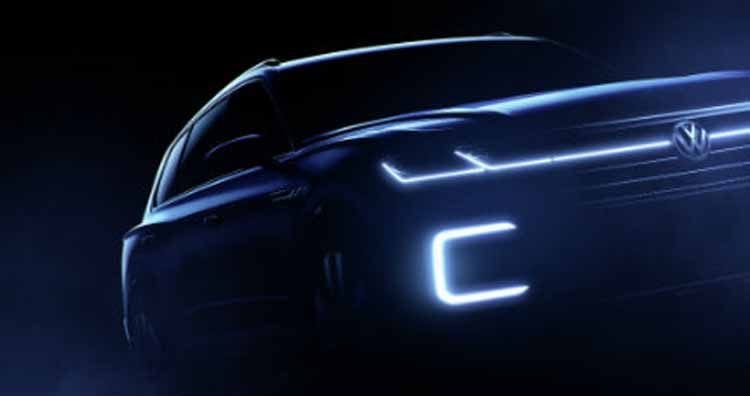 This way German car maker will bring it closer to its current design language. This is good for those looking to keep things classy, but it will likely make some people turn to other more modern-looking cars that are capable of distinguishing themselves better.