The thing that started all that hot hatch craziness was Golf GTI introduced in 1975. So, every future GTI iteration had a large reputation to defend, and in most cases, it was able too. After some time GTI didn’t stand anymore for the most potent vehicle in this lineup as R32 model arrived, which is today’s R model, but it still could provide proper fun, while preserving some traditional hatch comfort. The currently available version was introduced in 2013, and we just have in front of us refresh brought by 2018 Volkswagen Golf GTI model that is supposed to arrive during this year.

Regular hatch was just redesigned, so GTI must follow. We have only slight nip and tuck here. The German carmaker brought a revision of lower part of the front bumper with differently styled side air intakes, while headlights feature new full LED configuration, instead of bi-xenon one used before. 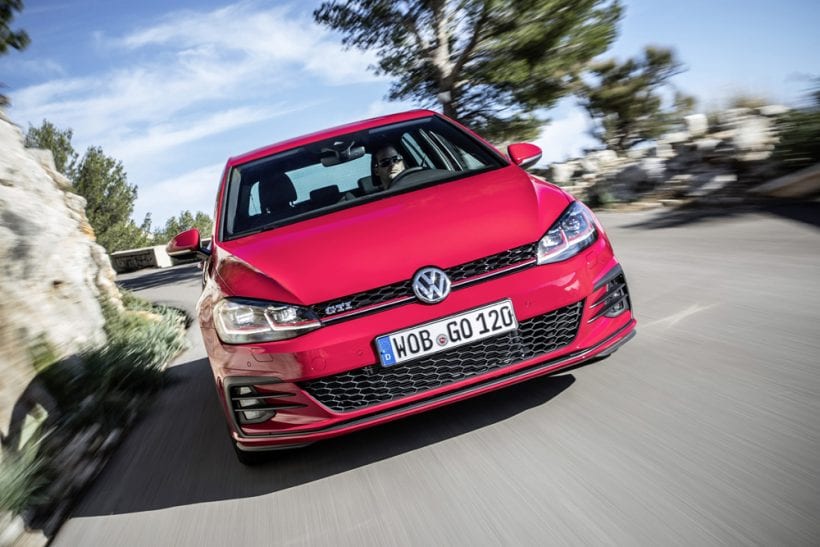 You can also notice new alloys and quite remarkable ones from Clubsport model. The meshed grille and classy red line ending inside headlights remain, making most of the visual impact at front. In fact, the same red line now makes a turn inside LED lights, making the whole thing even more interesting. At the rear, we have the new 3D configuration of tail lights with pulsating indicators.

There is one very big novelty in the cabin, as GTI model finally gets the digital dash. Many rivals were offering it already, while now GTI will top most of them with a clear picture, higher resolution, and 12.3-inch size. 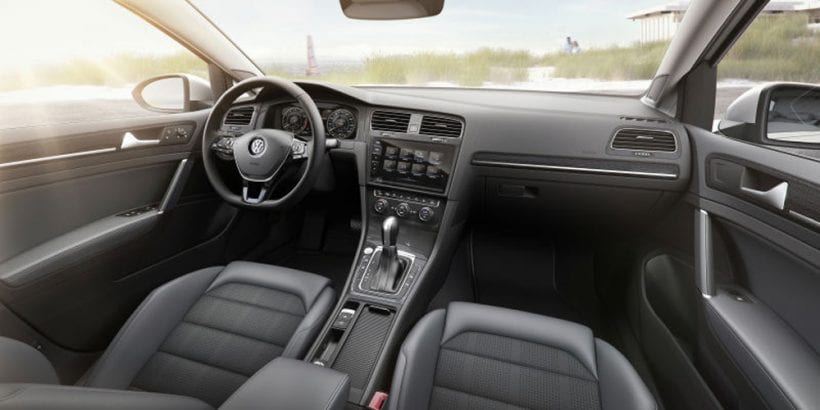 We also have new 9.2-inch Discovery Navigation Pro infotainment system, incredibly sharp and easy to use, with optional gesture control, which Golf amazingly offered not much after it debuted in BMW 7 Series, though you’ll have to stretch your wallet a long way to get it.

We have some updates here also. Standard GTI version equipped with 2.0-liter TSI turbocharged petrol engine gets power bump of 10 hp to total 230 hp, which is the same output that was offered with Performance variant before, while stronger version jumps now to 245 hp. 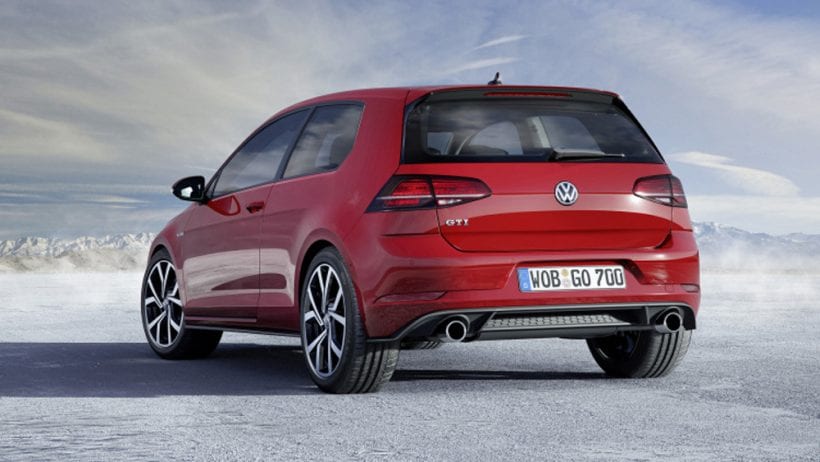 The base version will need 6.4 seconds to 60 mph, which is a tenth quicker than before, while it offers same remarkable 37 mpg of fuel efficiency in combined cycle. VW also developed new 7-speed DSG dual clutch automatic that is about to replace 6-speed version. Naturally, GTI can also come with manual transmission, which saves around $2k compared to DSG.

BUY IT OR NOT?

Golf GTI was restrained in looks, and that remains with the new model. You have moderately more aggressive Focus ST and Subaru WRX on the market, which are also more powerful, even above its Performance version, but none of the rivals is so refined when it comes to the interior. None use such quality materials, none feature so good ergonomy and none is close to its remarkably solid plastic fittings. Plus 2018 Volkswagen Golf GTI brings digital instruments and dash located touch screen grew from 8 to 9.2-inch one, pushing its class-leading cabin even further in front of the competition. In the end, it is more than fairly priced with starting price of $25,815, which is in line with Ford and it even undercuts Subaru.