The first introduction of Volkswagen CC was at the 2008 Detroit Auto Show, but the car was then called the Passat CC. Besides the name, nothing has changed much. One of the most noticeable differences is the design of its roof. Headroom and cargo space were sacrificed at the Passat CC so that the roof line could have a somehow sleeker and coupe-like look. That has been changed with the facelifted model that was presented in 2012. Now, four years later CC is ready for a complete overhaul, and from what we have seen on the spy photos 2018 Volkswagen CC will be completely redesigned. 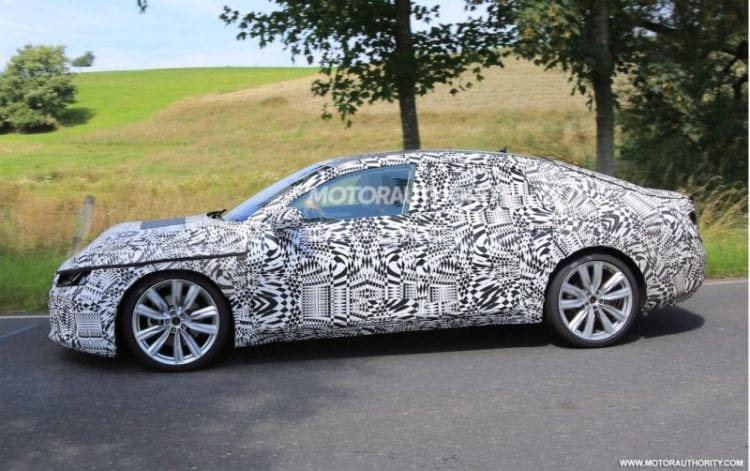 First spy photos clearly show heavy camouflage. This is a good sign that people from VW have a lot to hide. In spite of all of this secrecy, it can clearly be seen that the hood has undergone a lot of changes. The previous model had sharp edges, and that is something that is going to be changed on the upcoming 2018 Volkswagen CC.  Design lines have been completely changed, and looking at the grille, and how it molds with the hood, it seems that it will be a lot smaller than the one on the previous version. 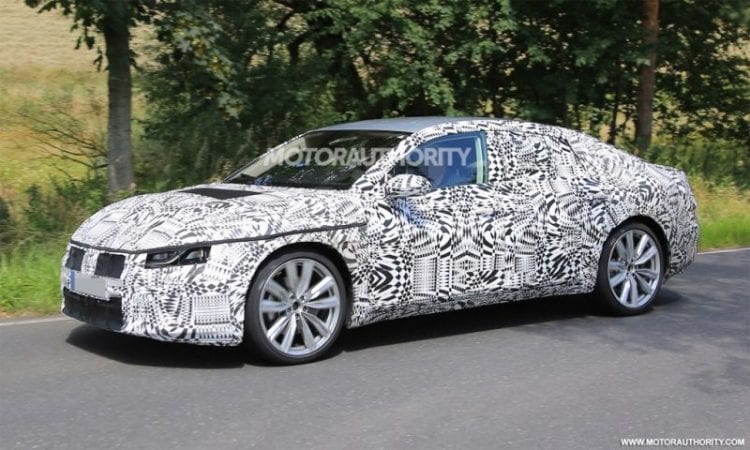 Headlights also look smaller, and that too is a change that happened because of the hood now taking more space on the sides of the front end. Headlights seem to feature two types of LED lights and look reduced in size when compared to what we had on the last CC installment. Not much can be concluded about lower air dams because they are not clearly visible on the photos. 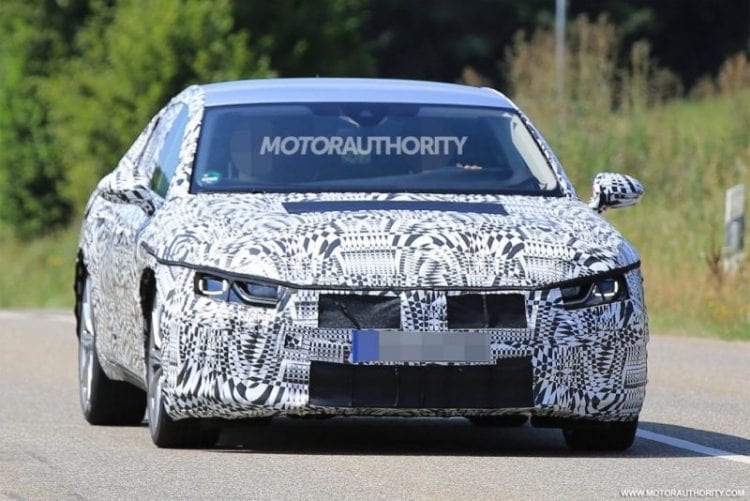 Looking at the car from the side, we can notice that roof line stayed mostly the same. CC features new mirror lights that are in more upright position than before. Besides the roofline, the lower body line that was stretched from front to back wheels has deteriorated from previous models design solutions that were somehow weird. It now goes from headlights to taillights and is a lot more stylish.

The rear end looks like it didn’t go through as many changes as the rest of the car. Rear fascia seems just like what we had on the previous model. Same applies to the tail lights. Biggest differences are related to the exhaust pipes; they no longer offer a circular shape, but instead, they feature sportier square-shape. 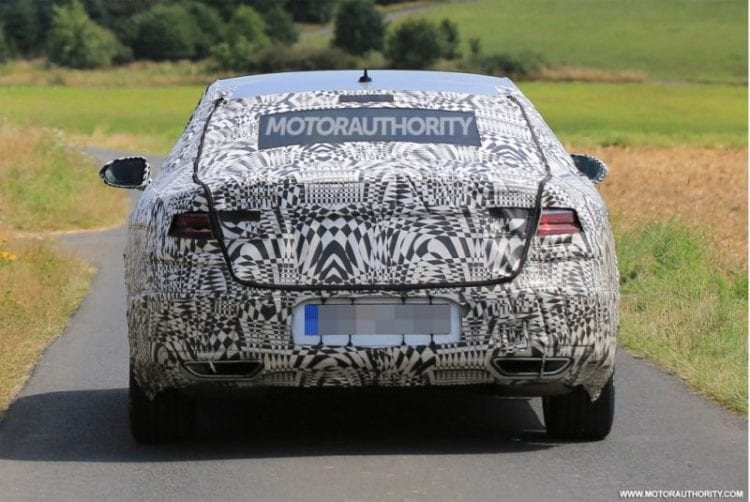 The bad side of the spy photos is, as usual, they don’t always take a peek at the interior. The design of the cabin has never been top notch in CC models, and that is certainly something company is going to address on the new vehicle. The redesign of the interior should include new steering wheel, new seats, change of the dashboard shape, and an introduction of better infotainment system with bigger touchscreen. 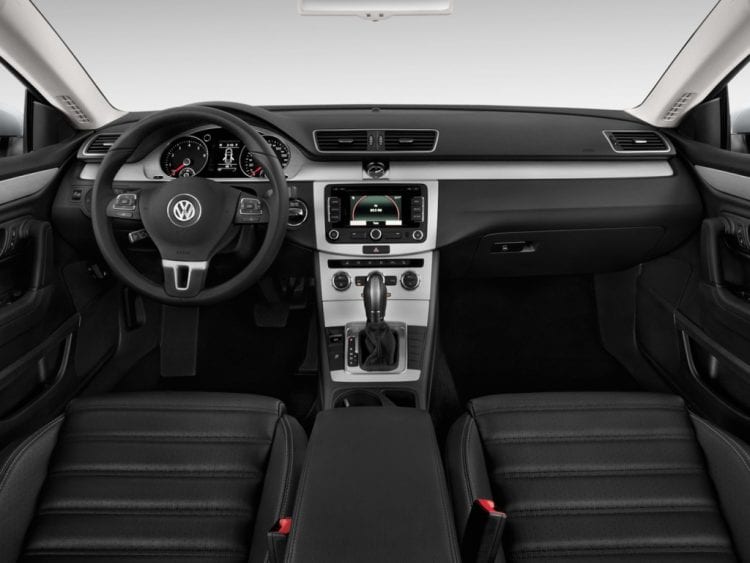 Previous CC model was offered in two engine options for the USA. First one was 2.0-liter four-cylinder I4 turbo with 200hp while the second one was 3.6-liter V-6 that delivered 280hp. Unlike before, 2017 Volkswagen CC is going to be built on latest Passat platform, and as such is going to feature different engines that will be shared with its corporate brother. Those are 1.8-liter with 170 horsepower, and another one is 3.6-liter with 280 hp. The production version should use these engines, but probably with a little bit more power to help it differ from the previous installment. The base option for transmission should be the DSG automatic with six speeds, and all that power will go to the front wheels. Upper trim models could come equipped with sports mode and Tiptronic. 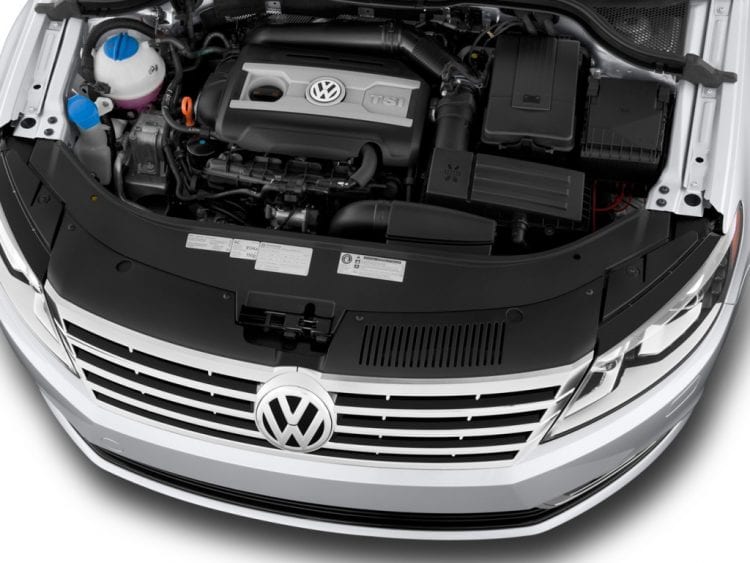 Current Volkswagen CC cost in the region of $31,750 for the base model and going up to $44,355 for V6 which is the top model in the lineup. It is hard to estimate just how much will the new car cost, but with all the changes that we mentioned it will definitely cost more. You shouldn’t be too worried because the increase will probably go up to $1,000 across the lineup.

There is no official release date for the 2018 Volkswagen CC, but it’s expected that the car will be presented during the next year. Geneva Auto Show seems like the place where this will occur, considering that the Volkswagen Sport Coupe Concept GTE was introduced at this year’s show. Sales should start later that year, with the car being sold as 2018 model.