The German automaker has been struggling to keep up with competition in terms of design for ages and hopes to hit a home run with a new vehicle. The outgoing model did have style, but Volkswagen decided to introduce the next-generation Arteon at the Geneva Motor Show.

Although the company will present the model as Arteon in Geneva, the U.S. market will probably get to know it as the CC. On these official teaser shots published by VW, we do not see the whole vehicle, but we do notice the grille and tail that look like they might be borrowed from the new mid-size Passat sedan. 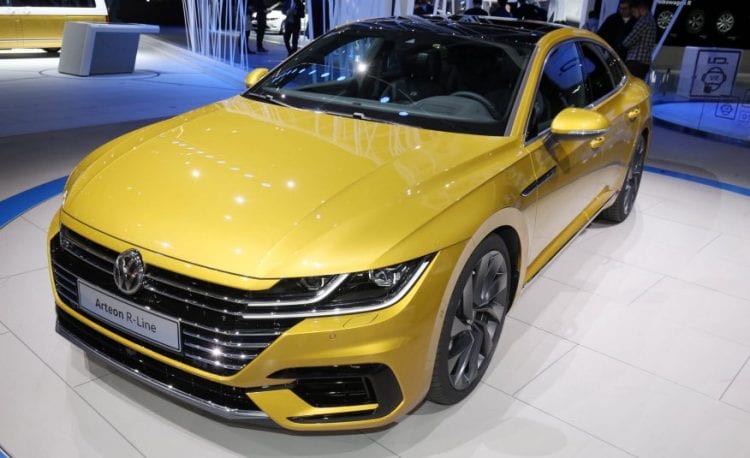 The first image shows the front-end of the vehicle which features a wide grille that stretches across the front from headlight to headlight. We can also see that VW equipped this car with LED headlights and daytime running lights. On the rear-end image, one part of a taillight is on the trunk while the other is on the rear fender. Unlike Passat, the new CC has a coupe-like rear roofline giving it more aggressive stance and interesting looks.

As VW stated in its press release, the Arteon is a Gran Turismo, but if the new model is, in fact, a fastback CC variant, then we might look at it as a four-door sedan which happens to have more style, but is deprived of sportiness that the GT designation carries. 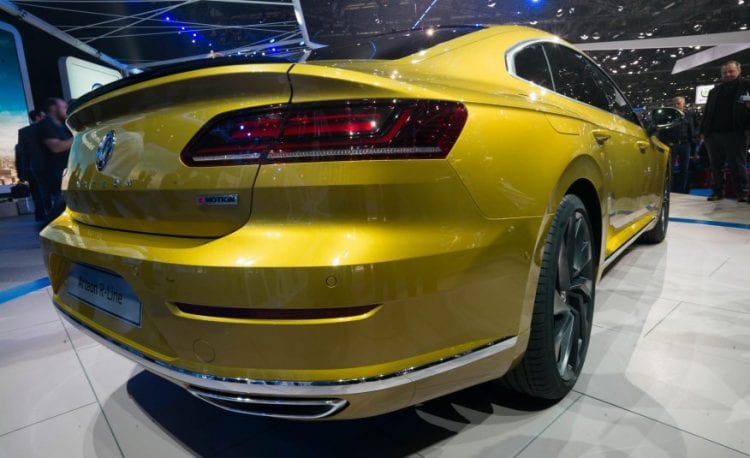 As we are getting closer to the Geneva Motor Show, we should get more details about the Arteon and CC. The U.S. version of Arteon will be called the CC and is expected to be revealed at the New York Auto Show scheduled for April 2017, so we should get more information regarding it as we approach its debut.

The long rumored 2018 Volkswagen Arteon coming! We are used to getting common and reason-appealing cars from VW but sometimes they do hack the “Volks” part in name and exhibit something that surprises us. Remember the Phaeton, or 5.0-liter diesel in mentioned one and Tuareg. Then we have Passat CC which was a chic version of regular Passat with the sloping roof. It was part of a relatively new sedan-coupe segment founded by Mercedes CLS, and it was first in mid-size limousine segment.

Upon launching VW was ambitious with predicting sales figures and yet achieved only half of it in reality. Even ditching Passat designation in order to shed its roots and leaving just with CC from 2012 refresh didn’t help. Why was that the case we don’t know as the car was scaled up version of Passat, much better looking and with visibly more luxury, although with hefty price increase too.

No, wait we know! Wrapping Passat in better materials and granting it the sleeker body isn’t enough to justify its presence in premium pricing area. Licking its wounds these days due to the Dieselgate, VW decided to prepare successor in the form of 2018 Volkswagen Arteon in the hope that things could get better.

VW Coupe Concept GTE revealed in 2015 gave a pretty good idea of what we can expect from the new model. VW is in unfortunate financial state and sadly it seems that that will directly spill over new Arteon. Concept GTE had stunning looks, but it appears that as seamstress just used several parts from different clothing that she already had in her closet. Undeniably rear side is taken from Panamera, which could dilute Porche’s prestige image, and it could look sadly stolen and stitched on a car which is just a pricier version of Passat, not giving it much favor either. 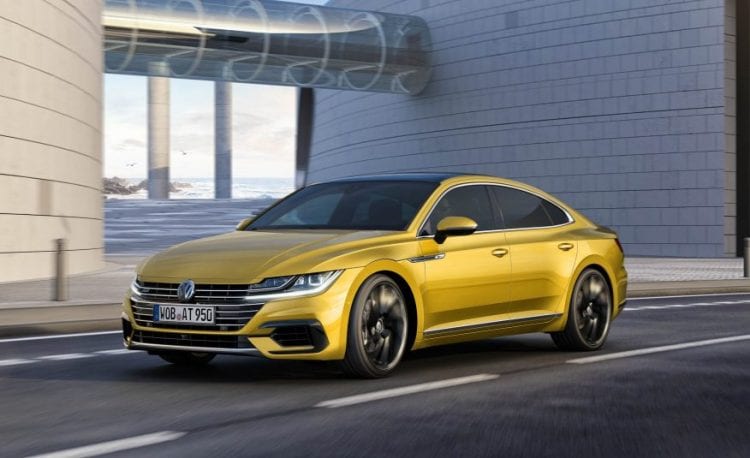 Anyway, headlights up front will be 3D in nature, with high-tech LED strips, the grille will flow through the whole segment, without being shy to enter mentioned lights. The front looks like something that Audi could do, only if they would let some steam loose.

The cabin is subject to theft too, as it is basically dash and center tunnel from Panamera with added air vent lines from latest Passat. Even steering wheel resembles a mixture of Passat’s and Porsche’s one. If VW decided that with the refresh of previous generation prefix should be abandoned and that CC had a bigger chance without showing its origins, how could this copy paste benefit the $100k Panamera? 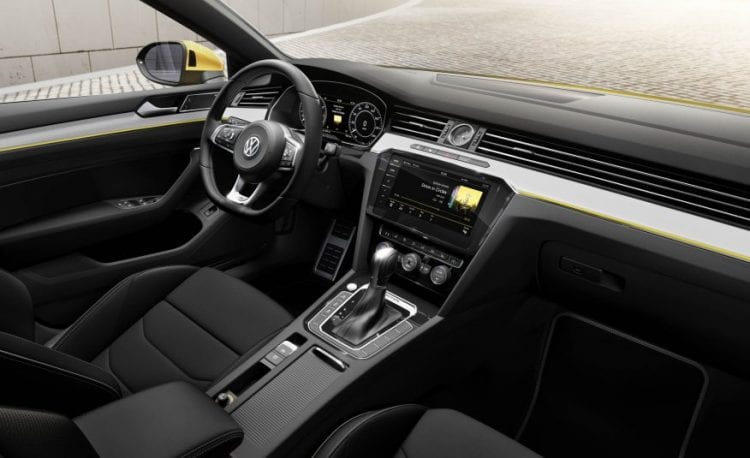 The overall cabin looks good, with a touch of prestige, it’s just up to VW to invent its own one. Anyway, for all of you wanting for the latest tech, the digital display is probably going to be part of higher trims and also touch sensitive controls could inhabit center console.

Arteon will definitely use MQB platform, but in stretched edition, as this platform is present in Skoda’s, Audi’s, and VW’s, though in different variations. Expect usual engines from Passat lineup and possibly one featured in concept. Mentioned powertrain is interesting as it is hybrid, a mixture of turbocharged 3.0-liter V-6 and two electric motors.

Total power was rated at 374 horsepower, with the gasoline engine providing 295 horsepower and 369 pound-feet of torque while rest was up to the electric part of the package.

VW needs a game changer. Even without Dieselgate, CC had lousy sales, and new thinking is required. It wasn’t the problem in the styling, cabin or drivetrain, the problem was a price. 2018 Volkswagen Arteon will feature even better looks, more luxurious cabin, and better engines, but if it stays in same price segment it just can’t offer what German premium trio can, or in fact any other premium brand.

VW has to ditch greed which drove it to Dieselgate and it needs to be reminded of “V” part of the name, so with a proper price tag, we could predict great sale figures for future Arteon.