If you want a reliable and comfortable car, Toyota Camry is the right choice. Although the best-selling car in the US with 429,000 sold last year, this mid-size vehicle still fails to keep up with cars like Ford Fusion and Mazda 6 in terms of attraction. That might change soon since Toyota is currently working on revitalizing and improving the Camry. The new product will be more elegant and might even feature improvements made by Toyota Racing Development (TRD). Our spy photos show the most recent progress made on the Camry.

Since the idea for the new model came from the NASCAR version, the 2018 Camry will definitely have a sportier and a more desirable look. Just like the stock car, the new product features a Lexus-like spindle grille, L-shaped LED headlight clusters, and large lower intakes. When it comes to bodywork, there will also be a lot of changes. First of all is the base shape of the car which will closely resemble the one of the Lexus IS sedan complemented by a natural-looking glasshouse and rounded rear quarter windows which will replace the tedious C-pillar inlays. Don’t get us wrong, the body of similar size and shape will be here again for Camry.

The offspring will also feature taut lines, pumped guards and panel creases. The biggest surprise might turn out to be quad exhaust tips which would confirm that TRD had their say in the project. New smoother taillight clusters and a more sculptured trunk lip spoiler complete the rear-end of the newborn. 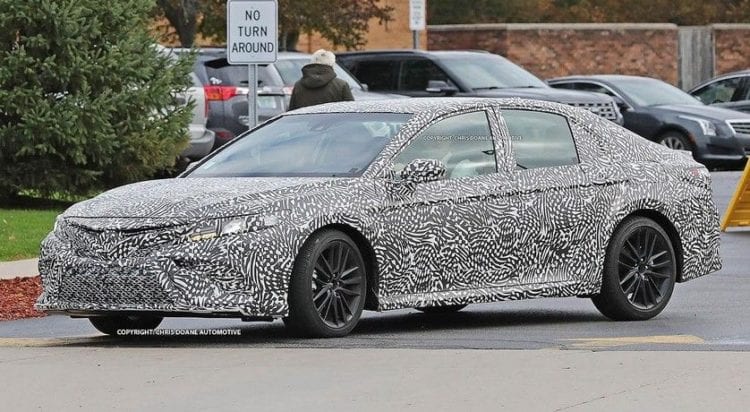 The company decided that the 2018 Toyota Camry will be using the New Global Architecture platform (TNGA) since it showed quality performance on the Prius and C-HR. The platform needs to be modified to suit the new product, meaning that it will be slightly enlarged, but compared to the previous chassis it will be a lower center of gravity and reduced weight because of the aluminum parts it has. We shouldn’t be surprised if we see bigger wheels, upgraded brakes, and a stiffer suspension if TRD is in charge of the project.

However, they don’t plan on making a racing car, so the 2018 Camry’s closest rival will probably be Ford Fusion Sport. The interior of the outgoing model was probably one of the major disappointments, so Japanese carmaker plans to work on it giving it a more premium look, appealing styling, and an improved infotainment system. The occupant space probably won’t change much. 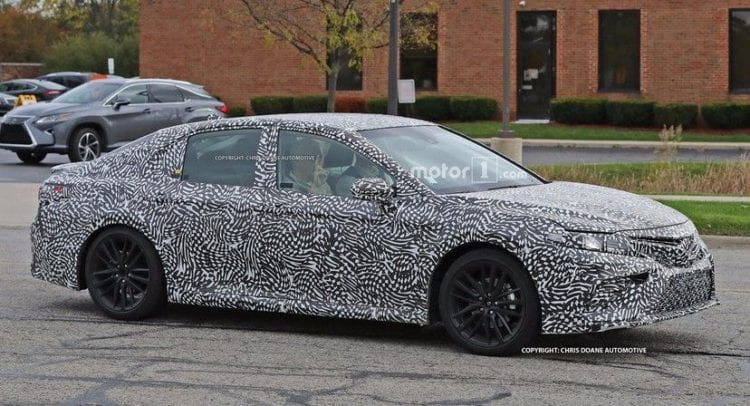 Under the hood, the new vehicle will bring gasoline or hybrid powertrains, but we should be surprised if a new 2.0-litre turbocharged four in combination with 8-speed automatic transmission comes as an option. The TRD model might feature the new direct injection 3.5-litre V6 like the latest Highlander model if it were to judge by those quad exhaust pipes. The output should be above 300 horsepower going through an 8-speed transmission with Stop-Start technology.

The competition will be fierce for this mid-size sedan with the new Honda Accord, Hyundai Sonata, Chevrolet Malibu, Mazda 6, and Kia Optima hitting the market at about the same time. The 2018 Toyota Camry debut is expected to be soon, and with the Los Angeles Auto show coming up, we shouldn’t be surprised if it happens in LA. 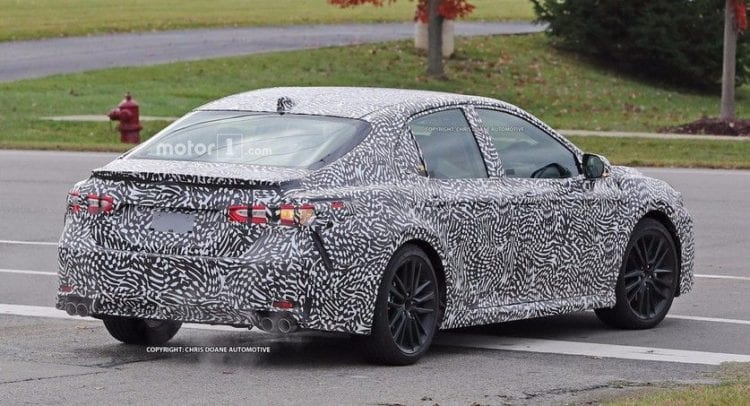