To be honest, Camry has always been a volume seller for Toyota on US soil, while its twin Avensis in Europe never made a proper breakthrough. It easily rocked the charts, often crossing 400k units sales mark and it never did it with exposing itself. Through the 80’s and 90’s, it was incredibly plain looking, mixing bland with dullness in an unprecedented amount. When it stepped into the new millennium things got better but it was never capable of stirring your emotions, it played on reason and sales figures suggest that it was a wise card to play on. People say that you don’t change the game while winning, but I guess Toyota has different ideas in their mind. Styling radicalization is thundering through its lineup, and it’s not going to miss Camry, so just revealed at the Detroit 2018 Toyota Camry is in front of us.

Japanese has stated that new Camry is here to deliver “Keen look, ” and while we’ve seen sharper things in its newest lineup, it is definitely a huge leap in the direction of astonishing. Redesign of the previous generation that took place in 2014 brought bolder styling moves at the front, but that now looks ridiculous compared how far the new model has pushed things. 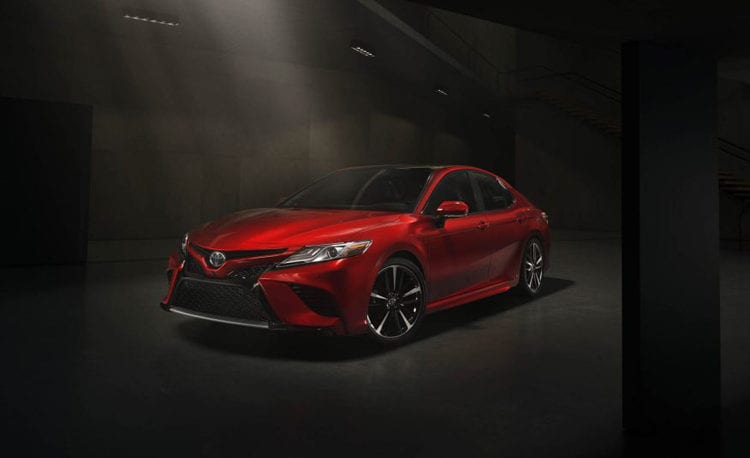 You will be stunned by its gaping jaw consuming all of bumper and rear is just screaming sporty all around. Interestingly, headlights are rather ordinary, but you will never notice that over the new grille. Sportier SE and HSE models are taking things even more serious with black meshed grille, dimmed rear lights and deck lid spoiler. At the end Toyota did promise “keen, ” but it delivered much more. Camry has definitely become the looker in the segment, and this is happening for the first time in its history.

Japanese had intentions of upscaling the cabin, and they did that with better materials, but the prime thing was done with the design. Principles of the exterior styling are carried over here, so Camry has become intriguing, and who could ever predict that happening. 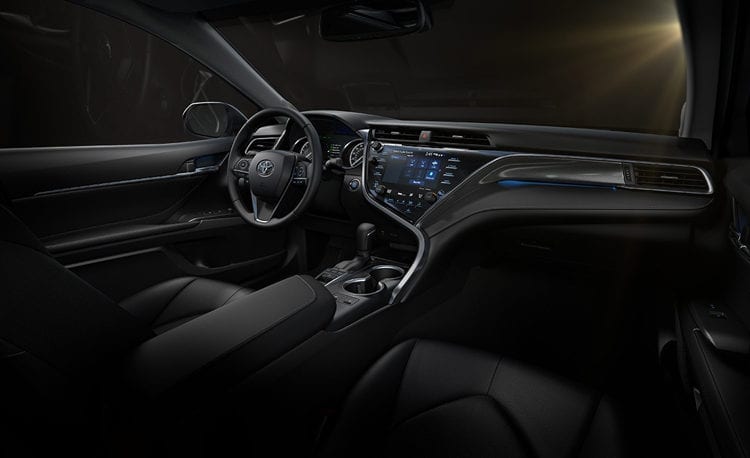 The upper part of the dash appear as cliff hanging over the lower console, and no one could argue its originality, at least in its class since we already seen similar ideas in other Toyota models.New Entune 3.0 infotainment system with 8-inch screen is incredibly classy along with surrounding buttons, adding to the overall feel of increased refinement. All this new found classiness didn’t collide with practicality part, so even space optimization is better compared to the older model.

It utilizes new TNGA platform, which means more rigidness, lower and wider stance, so we are getting the result that makes this Camry first one that’s actually amusing to drive. Steering is sharpened, the suspension is tuned, driving position is lower, and Camry is finally capable to put a smile on your face while on the move. 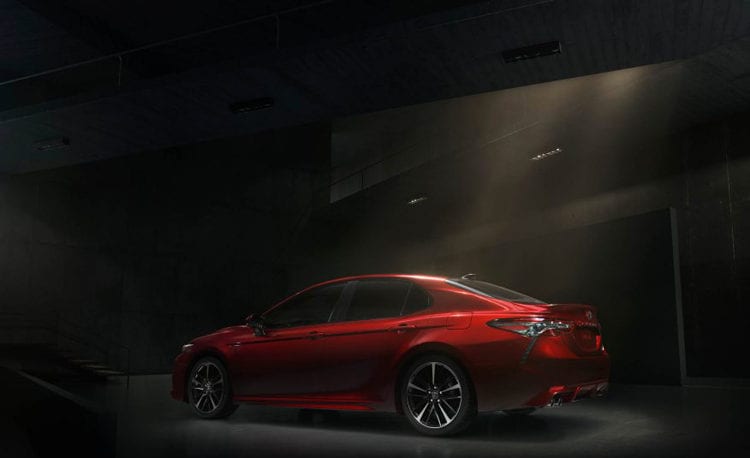 Engines stayed the same, although with improvements, so either 2.5-liter I4 or 3.5 V6 matched with 8-speed automatic for which Toyota promises swift shifts to suit its newfound sportiness. There would also be already known hybrid option with 2.5-liter petrol engine assisted by an electric motor and paired with CVT transmission.

It won’t disappoint in this field either. Connected navigation is standard, and it can be used with the help of your phone, while embedded one comes as an option. 10-inch head up display also exists as a possible add-on, and we just have to state that mentioned size is shocking. 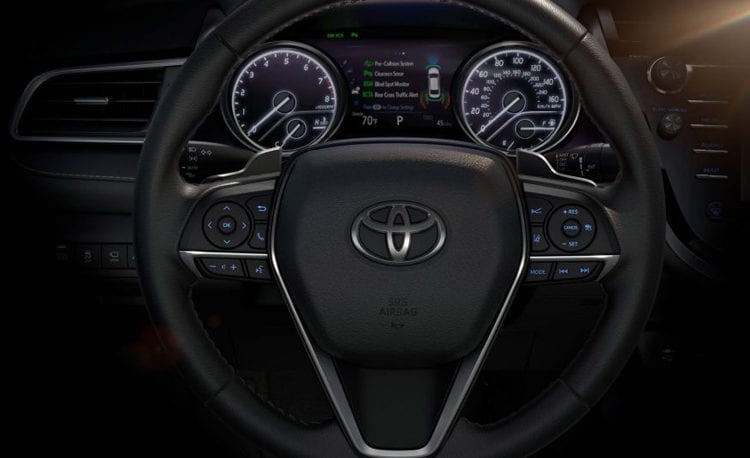 2018 Toyota Camry is the best model in the history of this lineup that Japanese has ever offered and by far. For the first time, it amazes us with looks, ride, and cabin, while still keeping all that was good in the past. Provided that old model was selling so good, this one should go through the roof. If you were prone to Camry before, you should become even more today, and if you dismissed it as plainly boring and dull in the past, you will have to rethink things now.