Subaru never managed to get a proper foothold in Europe. In the last two decades, annual sales figures have been traveling between 30k and 60k units sold and the upper figure is almost lame as the lower one. On the other hand, in the US, Subaru is going through sales renaissance and compared to two decades ago sales have quintupled. That means multiplied by five times! While in the US, where XV is Crosstrek, Impreza crossover has decent sales recently, closing to 100k mark, but in the Europe, it manages the only tenth of that. But, new 2018 Subaru XV is here, and let’s see whether it can change the tides. 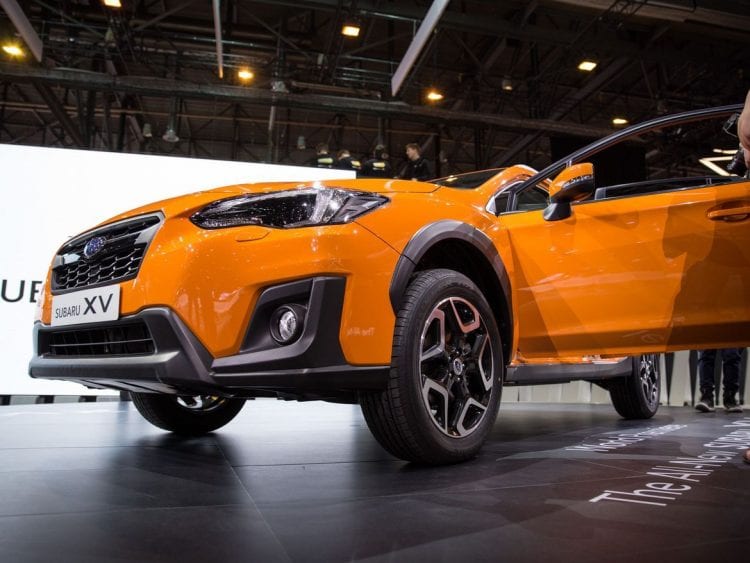 Judging by the new styling, simply no. US market is much larger when car sales are considered and much more forgiving to plain and anemic looking products. Europe is not. Take VW as an exception which does offer above the class technology, build quality and refinement and Skoda which is VW underneath with above the class space. Generally speaking, all other tend to allure you visually and XV will fail again. Yes, it has new lights, grille, and front bumper, and hideous square tail lights are exchanged for something more appealing, but overall impression hasn’t changed at all.

This the place where some evident progress was made, although it wasn’t too hard since the outgoing generation has interior lacking both in quality and design. You will instantly notice the use of much nicer materials and more complexity of the styling, though nothing excessive or exciting has been done. The infotainment system has been updated, and it features new bigger 8-inch screen, while overall interior space stays generous to say at least.

We don’t have precise information about engine lineup, but there is a possibility that current one will carry over. At this moment we have 1.6-liter H4 delivering 114 hp and 111 lb-ft and 2.0-liter H4 rated at 148 hp and 145 lb-ft of torque. Diesel offer is 2.0-liter H4 producing 145 hp and 258 lb-ft of twist. H is there to show us that we are speaking about the boxer or flat engines as Subaru uses almost nothing else.

None of the mentioned figures are amazing, so we wouldn’t mind if new model brings some power boost. A manual transmission should remain, as well as CVT automatic which should feature seven fake gears, while Subaru does promise better fuel efficiency, although none of the figures are announced yet. 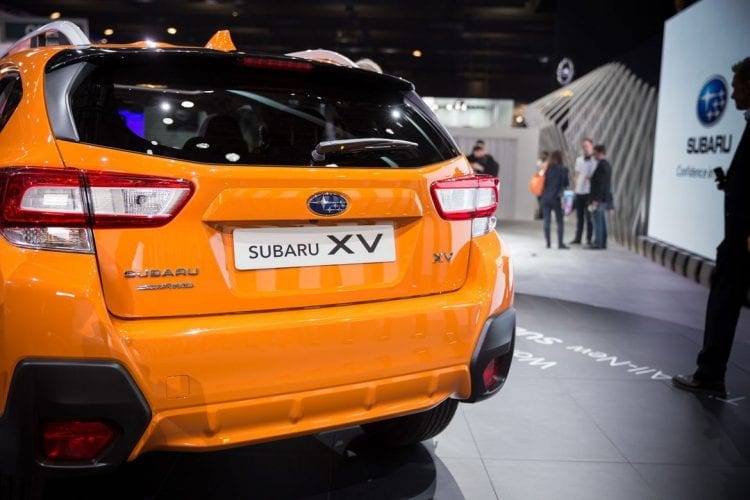 IS THERE ANY REASON TO BUY IT?

It must be. Every car has to bring something to the table and so far according to this text XV hasn’t done so. That is why this isn’t the end of the story, and those almost 100k buyers in the US couldn’t all be completely wrong, right? Right. First, XV comes standard with brand’s Symmetrical AWD system, which could hardly be properly rivaled by anybody. It is maybe the best AWD system that you can get and the closest thing to proper 4WD.

Secondly, XV is based on Impreza, and that thing knows how to corner. New XV is lower by 0.2 inches, while the whole chassis is stiffer by 70 percent. Further to that, we have torque vectoring system and redesigned anti-roll bars reducing body motion by 50 percent, and that is why this thing will drive even better than before. And it was already more than good.

2018 Subaru XV is not going to turn the tides, and Europe sales are going to remain appalling. It’s not pretty, far from trendy, not especially cheap with around $24k price tag, and far from luxurious. Yet, it is one of the acctually capable crossovers, and new driving dynamics are supposed to be fantastic, it only remains questionable how many potential buyers will go over that look and actually book the test drive?