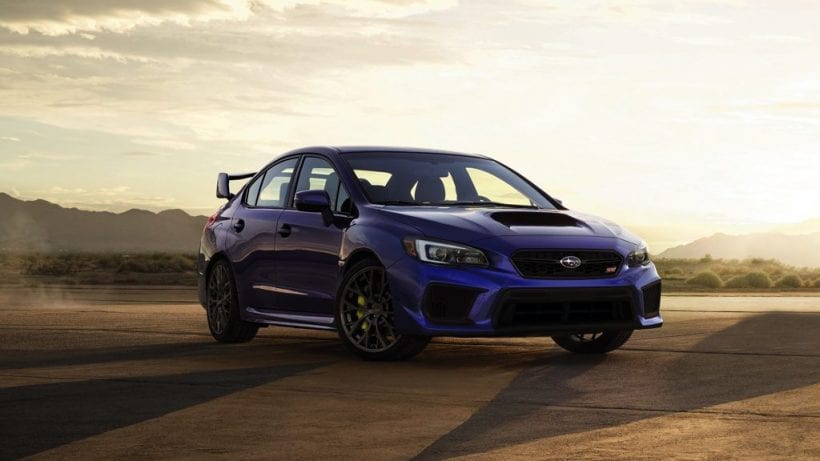 Subaru introduced the fourth generation of Impreza in 2011. In 2014 WRX and WRX STI models hit the road, and name Impreza was dropped for all markets leaving only second part of the name, this was already the case with the previous generation on the US market. In 2016 fifth generation of Impreza debuted with brand new Subaru Global Platform, but spicy versions haven’t switched to that side yet. Until that happens, Japanese has bestowed upon us 2018 Subaru WRX STI with some tweaks to keep us satisfied.

All visual changes affect both WRX and WRX STI models. The whole fascia received a fresh dose of angriness thanks to the sharper side intakes and enlarged center opening, while the grille is thinner making the car appear wider, plus the center positioned slat is revised. 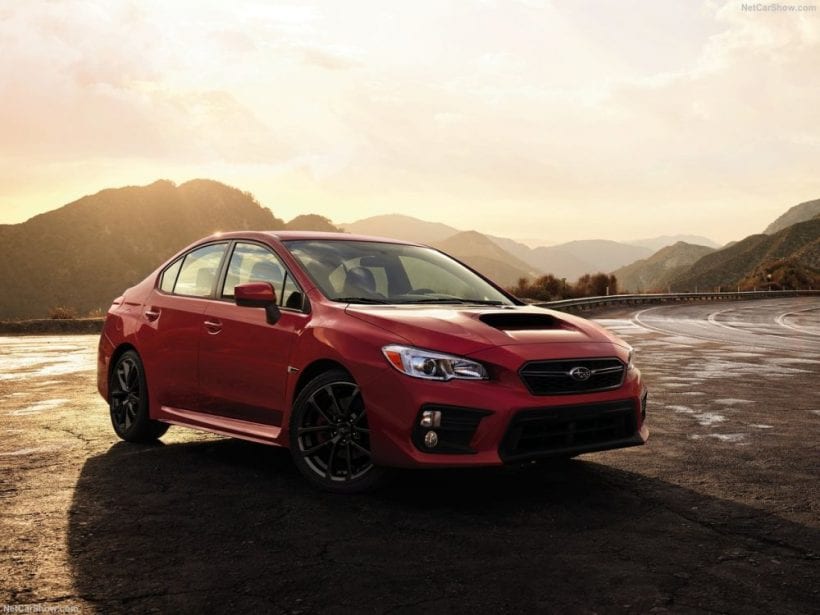 In the case of STI version, side intakes are meshed, while entry-level vehicles deal with the matter with plastic cover. Rear hasn’t been touched, and you still get quad exhausts, sporty diffuser, shy deck lid spoiler or humongous wing on STI model. STI gets one more novelty in the form of 19-inch wheels for the first time, painted in black and with stunning Y-spoke design, while WRX retains 18-inch ones but adds a new double spoke design. 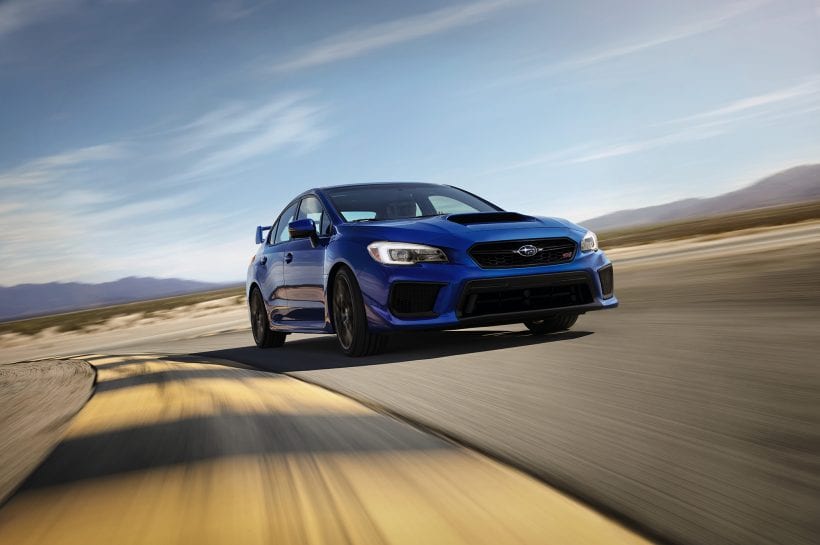 Nothing change on the inside that you can instantly notice. Subaru claims some material improvements and noise reduction, while display positioned between instrument gauges grow from 4.3-inch to 5.9 inches, along with infotainment screen in highest trims which swell by 0.8-inch to 7-inch one.

There are some other new things as a rear armrest with cup holders, remote trunk opening happening faster among else, which is probably not worth of mentioning.

All is the same under the hood and with WRX model count on 2.0-liter turbocharged H4 delivering 268 hp and 258 lb-ft, helped by AWD and torque vectoring system, reaching 60 mph in 5 seconds. You can either pair the engine with, upgraded for better feel, 6-speed manual or CVT automatic. STI brings more power, precisely 305 hp and 290 lb-ft of torque from 2.5-liter turbocharged H4, while acceleration time drops to 4.7 seconds.

WRX gets revised electric power steering in order to bring more natural sensation, while with new Performance package you can get Recaro seats and upgraded brakes with calipers painted red. Both models have revised suspension for even better handling. STI version gets better brakes from the start straight from Brembo and yellow calipers house 6 pistons at front and 2 at the rear, along with larger rotors. Limited slip diff so far used both mechanical and electric way of control, but now switched to fully electric system for quicker response.

Always. It was always among the best choices when you are seeking for a smile on the back road, and 2018 Subaru WRX STI brings that smile even faster. If you have $27,5k to spare WRX is significantly quicker than Focus ST and Golf GTI, though pricier also. If you can reach above $36k forget about WRX, add to it STI part and go for that. It is quicker to 60 mph than similarly powered Golf R, yet despite it lags behind Focus RS by almost 50 hp, it trail behind only one tenth in acceleration time.