There are more than few brands making their name in rally racing, but none of them gathered such a huge fan following for its street version of rally cars as Subaru and Mitsubishi did. You probably don’t know that Lancia won 16 World Rally Championship titles, as Delta Integrale fell into the oblivion, but you surely know about Impreza WRX and Lancer EVO. Even the kids do, thanks to the PlayStation thing. Fierce rivaling between the two lasted for years, but as Mitsubishi left the game, 2018 Subaru WRX STI has other competitors to battle.

Just in case you haven’t played any racing games while being a kid and you don’t know what rallying and what these vehicles are, WRX is an impressive sport model of Subaru’s otherwise dull and boring Impreza, while “STI” additional letters translate to the berserk version of mentioned fantastic model. WRX badged car was introduced in 2014, STI in 2015, and while regular Impreza entered new generation last year, our STI model is hitting the roads in old clothing, as sales numbers suggest that nobody cares.

WRX is probably the cheapest car that could proudly come as a poster in boy’s room. It is a boyish racer in the literal sense. It is compact saloon beefed up to the maximum in our STI edition. Simple WRX now looks tamed against its dimmed headlights with C-shaped LED daylights and with an enormous rear wing, which could rival Viper ACR’s one. 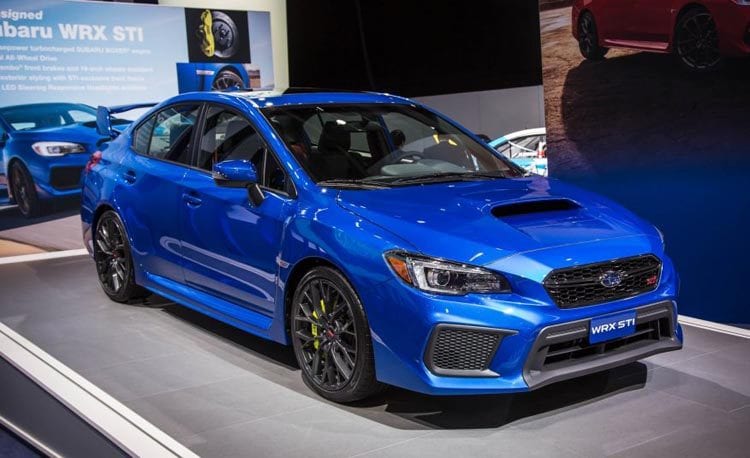 Also, there are new 19-inch alloy wheels making sure you recognize it over WRX when looked from the side. Interior is carried over from WRX version, definitely not going to charm with looks or materials, but that is least important. Though expect more adrenaline as seat’s contrast red stitching is exchanged with whole red patches and get used to redness all over the place, including gear lever and dash knobs as far as STI model goes.

The engine from WRX STI model is same as the one from past generation STI version, making it only 3 hp stronger, looking as an insult at first glance, but so many other tweaks were done, that we may overlook that. We are talking here about 2.5-liter all-aluminum boxer unit delivering 305 horsepower and 290 pound-feet of torque. 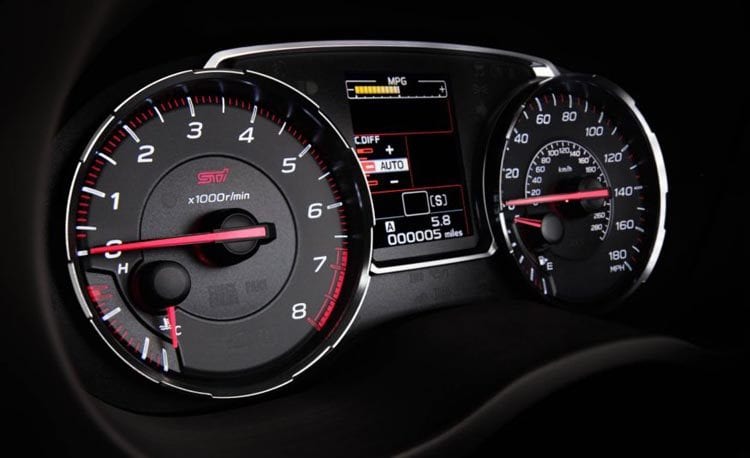 Number of hp doesn’t sound threatening in today’s world, especially since Ford Focus RS carries 350 under the hood, but acceleration time is just tenth slower than its, with 4.7 seconds to 60 mph and almost half a second faster than VW Golf R. As for gearbox, this thing stays pure and true to its values with only 6-speed manual offered.

As usual with Subaru, count with more than fantastic Symmetrical All-Wheel Drive system, with central differential for the model year 2018 ditching mechanical and using only electrical control. It distributes torque between front and rear axle, allowing a tremendous amount of grip, all up to the earth moving 1g of lateral force. There are three modes of driving, and none is called Normal or Eco or something like that. You have Sport mode which acts as Normal in other places, ultimate Sport Sharp one and Intelligent mode, actually really good if you want to test its rallying roots. 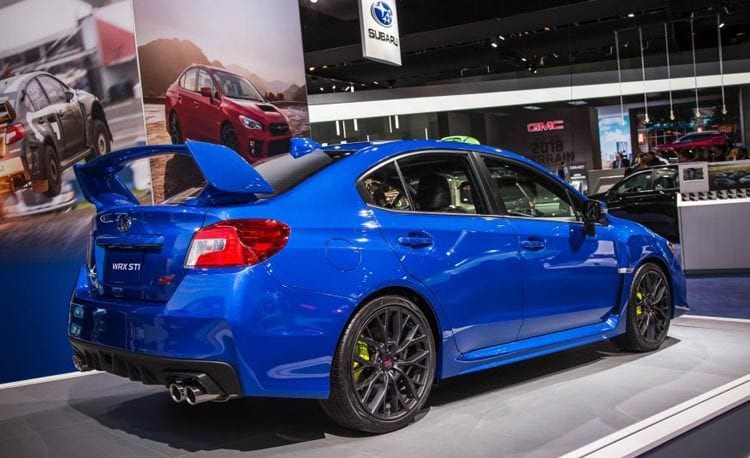 There is also Active Torque Vectoring technology similar as one in Porsche and Multi-Mode Vehicle Dynamics Control. This all tells that this Subaru is planted on the tarmac, it grips to infinite, and it allows lots of tail fun if you want too, so it means that you can make a hell of fun on a track and still do pretty serious lap times in one package. Adding to that, it stops as a true racing car since it comes with new and improved Brembo braking system for 2018 model year.

2018 Subaru WRX STI carries the same price tag as before at around $36,000 but with added tweaks to brakes, suspension, and AWD system. This is a plain racing bargain, and it could only repel you if you are not digging its immature looks. Even then take a second thought, as once inside, you can’t look at it anymore, but count on a smile all over you face once it’s on the move.