We mentioned multiple times that Subaru is on a go when we talk about sales and US market with them. One of those things that are making this possible is definitely Outback, which was last year close to the 200k boundary, meaning it was sold in double the numbers than six years before. Outback is basically estate wagon with SUV jewelry, making it probably the only wagon that sells well in the US at this moment.

To make things even more clear last year Audi sold 2,300 A4 Allroad models, while Volvo sold 563 V60 Cross Country models. The current generation of Outback was introduced three years ago, and with this dominance on the market, Japanese brand could easily lay back and relax until it’s time for a new one. But they didn’t and refreshed 2018 Subaru Outback is here.

We have just nip and tuck here as the car looks pretty fresh, respectively same thing that was already done for Legacy. 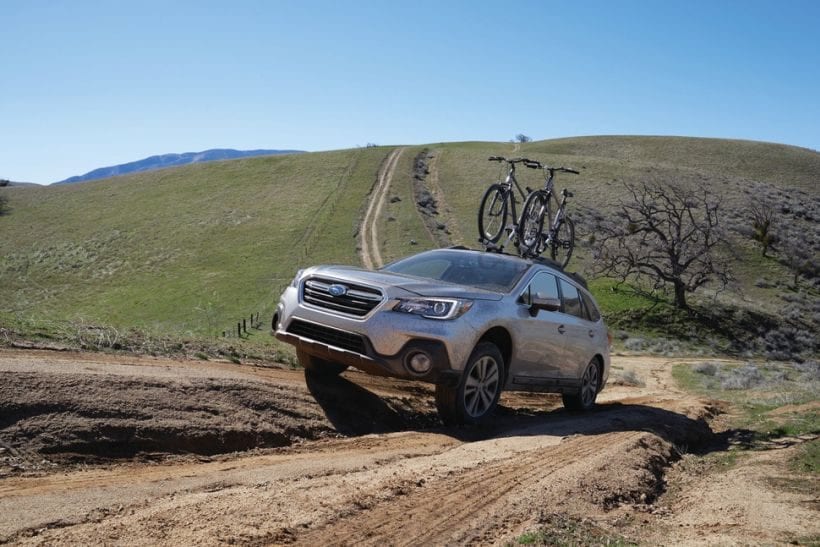 At the front, there is a revised grille with emphasize on the badge from which two chrome lines stretch toward the side representing the motion of pistons within boxer engine, at least to Subaru. We also have mildly retweaked headlights, now more aggressive in appearance, along with slightly reshaped bumper and less plastic moldings at the front.

Interior also experienced few changes. Two-piece dash became single piece unit, completely covered in gloss black and outlined with chrome. Steering wheel, along with buttons on it, is also different, while all trims apart from starting one have new stitching on the dash. 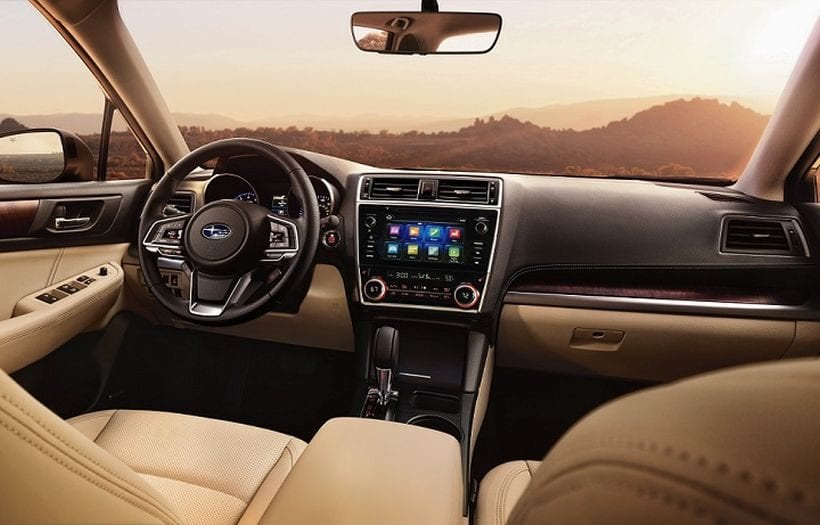 There is also new interior upholstery color- Titanium Grey which joins existing Slate Black, Warm Ivory, and Java Brown. Touchscreen grew by 0.3 inches to 6.5 now, while 8-inch screen became an option for the first time. In any of those cases, you have Bluetooth, USB, Apple CarPlay, Android Auto, TomTom navigation and ability to get over-the-air updates.

Subaru Outback ON THE ROAD

Under the hood, everything stays the same, and you have two options. 2.5-liter H4 is delivering 175 hp and 174 lb-ft of torque or beefier 3.6-liter H6 rated at 256 hp and 247 lb-ft. Both are mated to CVT transmission, which has a manual mode, and AWD is as always within the standard equipment.

There are four trims, but four-cylinder engine comes only with first two, leaving space for flat six in top trims. Subaru claims that it made some tweaks to the CVT to reduce noise level, along with reshaping mirrors and installing new insulated glass on the front windows. Electric assistance for steering wheel and dampers are also tuned for more refined feel.

Definitely yes and you don’t have much choice when capable and fairly priced wagons are concerned. Above mentioned Audi and Volvo are products of luxury brands and not in direct clash with Subaru, which you can easily distinguish by price difference, making its $26k price tag a lot more attractive.

Also, Golf Alltrack is a class below, because it is based on a compact car, no matter similar price, leaving 2018 Subaru Outback pretty much alone in a world of mainstream SUV-ish mid-size estate wagons, but not for long, as direct competitor Buick Regal TourX is knocking on the door.