Finally, dark clouds surrounding Seat’s future are clearing out. For the past five years, sales are constantly growing; financial reports are showing the profit and newcomers like Ateca are more than well accepted by buyers. Biggest volume seller has always been Ibiza, making it highly important model for the brand. Yet, in the last three years, it was outsold by brotherly Leon, among else due to the fact that current generation was nine long years on the market. Spaniards are putting things straight again as the new 2018 Seat Ibiza just used Geneva Motor Show for its debut.

All styling cues from brand’s latest models are here, and everything is sharpened out. The overall impression is visually very dynamic, leaning on angular approach and bunch of angry lines cutting the body. It had lost some of its sweet charms already with the refresh of outgoing generation, but new Ibiza obviously left all the possible cuteness for somebody else and became completely serious looking as its Polo twin. Furthermore, it seems that it is a trend with city cars also followed by latest Skoda Fabia, Hyundai i20, Kia Rio, among else, leaving things like Mazda 2 and Peugeot 208 still on the adorable side of the spectrum.

As we are accustomed from latest VW Group products, the interior lacks imagination and visual stimulation but compensates in build quality and high usability. If you want to please your senses with it or go trendy, then things like Citroen C3 and Nissan Micra are far more suitable choices. 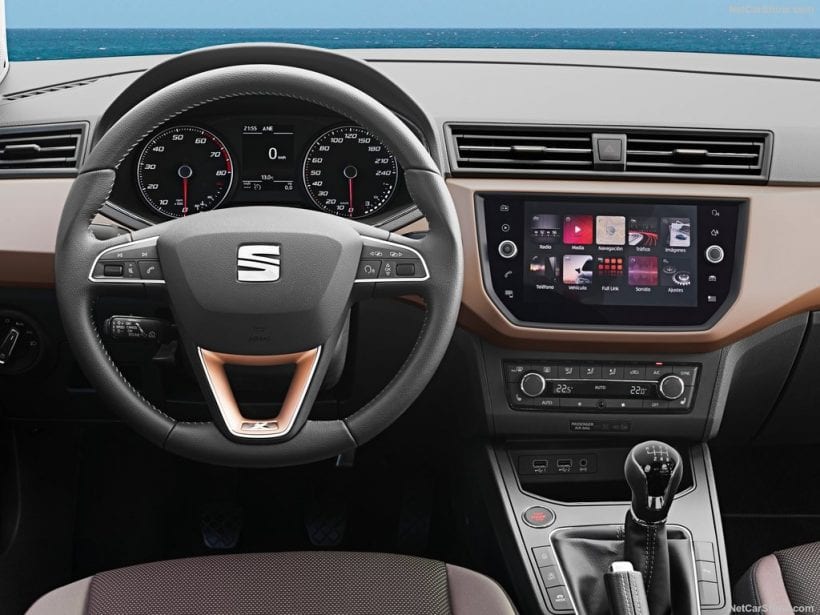 New Ibiza brought larger cabin, along with boot now at 355 L (12.5 cu ft) and new 8-inch infotainment system supporting Apple CarPlay, Android Auto, and Mirror Link. You have four trims to chose from, Reference, Style, while top choices are Xcellence or FR bringing a bunch of visual sporty touches to the outside.

Seat is obviously highly profiting from its parent company when safety systems are concerned. Ibiza could come equipt with adaptive cruise control with emergency braking and pedestrian recognition which even works in stop and go traffic. We are also getting automatic post-collision brake keeping pressed brake after the first collision in other to avoid more of those, rear-view camera and some other stuff. Pretty neatly for a city car in conclusion.

Ibiza is the first to use a new variation of MQB platform, dubbed A0, and it comes with brand new engine lineup. Petrol offer consists of 1.0-liter MPI I3 with 65 or 75 hp, which is better to be avoided, while much more appropriate is turbocharged 1.0-liter TSI I3 rated at 94 or 113 hp. Mentioned TSI engine come with variable valve timing and stop/stop system keeping fuel efficiency fantastic at 4.7 l/100km (50 mpg combined) in both cases. Weaker version reaches 60 mph in decent 10.9 seconds, while stronger is at pretty brisk as it needs 9.3 seconds. 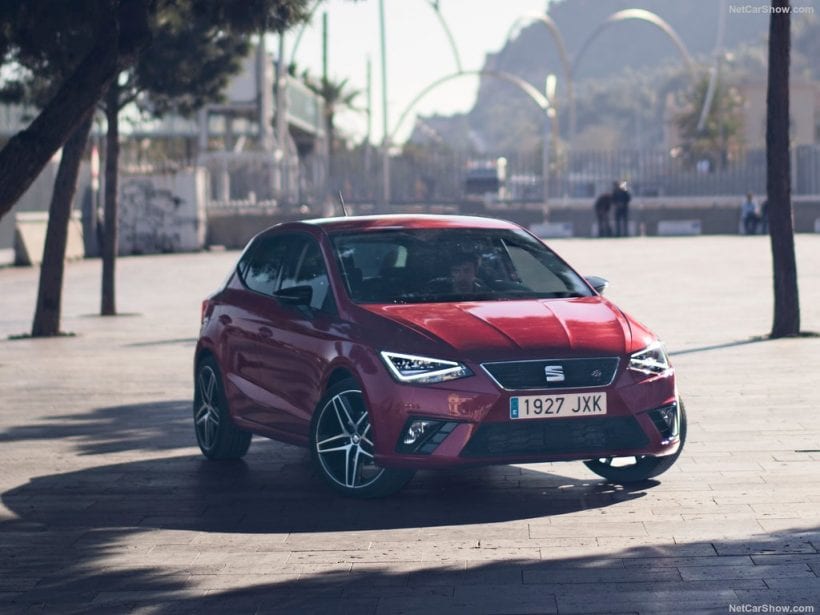 Later during this year will also arrive top 1.5-liter TSI delivering 148 hp. Diesel offer consists of one 1.6-liter TDI engine but with three power outputs of 79, 94 and 113 hp. The biggest novelty would be the CNG powered 1.0-liter TSI engine with 89 hp for the first time in Ibiza. As for gearboxes, there is a 5-speed manual for base engines and 6-speed one for more powerful versions, while 7-speed dual-clutch DGS is optional.

2018 Seat Ibiza is expected to start from around €11k ($12k) in Europe as before, being a much more attractive proposition with the arrival of the new generation. High interior quality, lots of tech and strong engine options are its main virtues. If you are in search of cuteness or stylishness, this would not be the choice for you, but if a hefty dose of visual aggression in a small package is your thing, this could be it. The only spoiler might be the new Kia Rio which managed to stuff some trendiness into the same type of offer.