Home
Renault
Sports Cars
2018 Renault Alpine A110 – Believe it or not!

Believe it or not, Alpine is finally here, revealed in pictures just days before official debut in Geneva. It isn’t that French hasn’t produced some hot cars over the years, we had spicy Clio many times before, as well as Megan, but proper sports car hasn’t been seen since 1995 when last Alpine rolled out of assembly lines. Renault is coming back to the game with 2018 Renault Alpine A110 so let us see what that means.

Renault’s sub-brand Alpine was resurrected with the introduction of the A110 in Geneva. From all French vehicles that debuted at the show, or are about to, this car is definitely the one that the fans will appreciate the most, and we have some details regarding the new model.

Just like we thought, Alpine A110 will use Renault-Nissan’s 1.8-litre turbocharged four-cylinder engine. Renault Sport and Alpine reached an agreement to use this unit along with a new exhaust system and turbocharger, but the model will also have a revised motor management module. 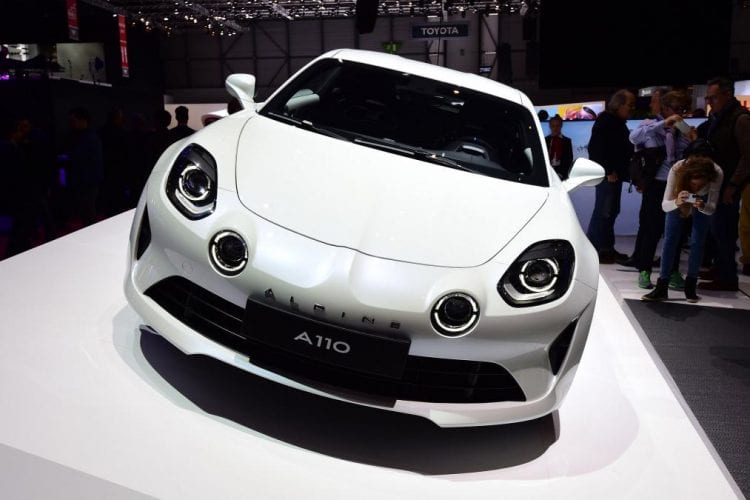 When it comes to transmission, the automaker chose the 7-speed automatic DCT gearbox by Getrag. The model will get you from standstill to 100 km/h in 4.5 thankfully to the 252 hp and 320 Nm of torque output. The A110 is capable of reaching a maximum speed of 250 km/h while using one of its three driving modes: normal, sport and track.

Engineers paid special attention to the aerodynamics of the vehicle which now has a completely flat bottom, no rear spoiler, and a beautiful rear diffuser. Since the engine is planted just in front of the rear axle, this model has better on-road handling and Alpine accomplished almost ideal weight distribution by having the fuel tank behind the front axle. 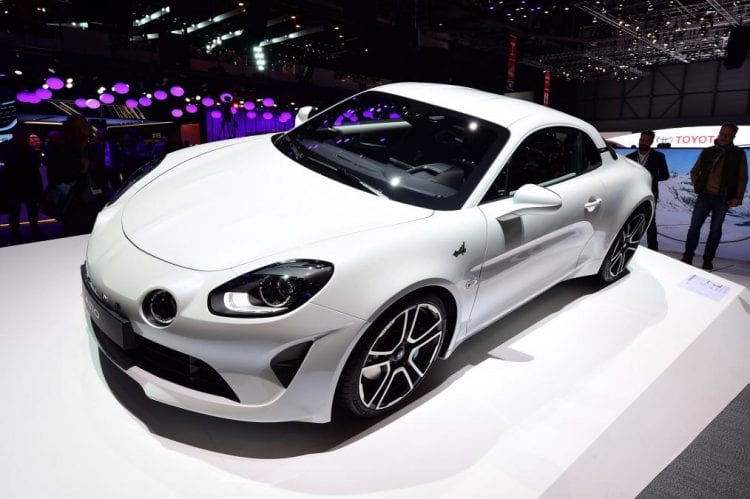 The company wanted to reduce weight, so the new A110 features many lightweight components like Otto Fuchs wheels, Brembo brakes and bucket seats with a weight of just over 13 kg. The French automaker also used a blend of luxury and sporty materials to give the new car a minimalistic look inside the cabin. Some of the materials used are aluminum, Nappa leather, and carbon fiber.

Continuing the tradition which exists since 1969, the brand will build its new model in Dieppe, France. Jean Redele founded the company in 1955, so the manufacturer decided to make that exact number of units in the first batch. This first edition will feature 18-inch wheels, aluminum pedals, numbered badging, carbon fiber accents, and will be available in blue, black and white paint.

After the first 1955 units, buyers will be able to purchase the model without waiting. The company will start delivering the left-hand drive A110s towards the end of 2017, whereas the right-hand drive models meant for the UK and Japanese market will be available next year. Although the price is still unknown for the regular Alpine A110, the Premiere Edition is offered in France for €58,500, and that price includes taxes.

This vehicle is the homage to another Alpine model which was actually named the same. First Alpine was A106 model introduced in 1955, followed by A108 model in 1958, but the real thing happened in 1961. That year A110 model was introduced, which was by far the most gorgeous Alpine, and besides that, it managed to win 1973 World Rally Championship title.

Renault first cooperated with Alpine supplying this company with engines, and in 1973 it actually bought it this small but exclusive carmaker. This Alpine model is openly here as a reminisce of those successful days of its glorious predecessor. 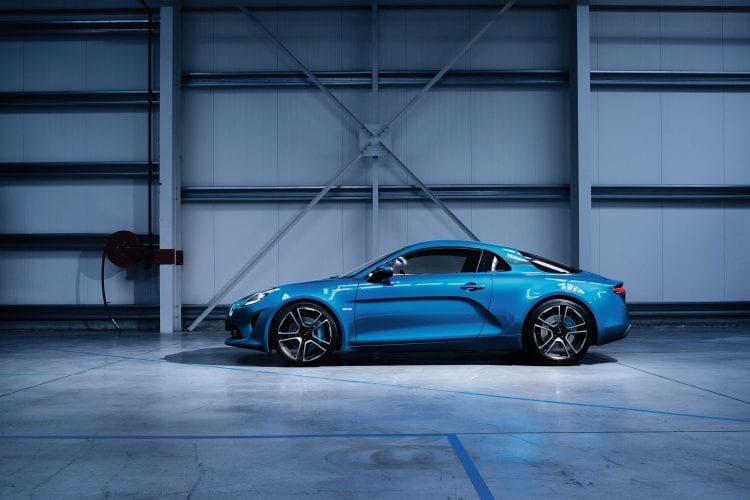 We basically already knew how new Alpine is supposed to look, mainly because Vision concept from last year that debuted with almost production-ready appearance. And that is how it looks. Take the concept, add conventional mirrors and door handles and you have yourself new French sports car.

Its appearance also pays tribute to its roots, so the thin center hood bump found its way from old A110 model as well as same door carving. Though new car looks good, it is not as handsome as that 60’s model.

New Alpine is a proper sports car, mid-engined and with power delivery to the rear wheels. French also chose special approach to this concept, and new A110 is about to weigh around 2,200 pounds which is about 890 pounds lighter than Porsche Cayman. That is thanks to the whole upper body of the chassis, that is made of aluminum and seats that are just 28 pounds heavy, which is half from ones in Megane RS.

This approach makes it closer to Alfa Romeo 4C or Mazda MX-5, although Miata is way cheaper and actually not in the same segment. It is even more similar to Lotus Elise than to Cayman, Audi TT or Nissan 370Z. 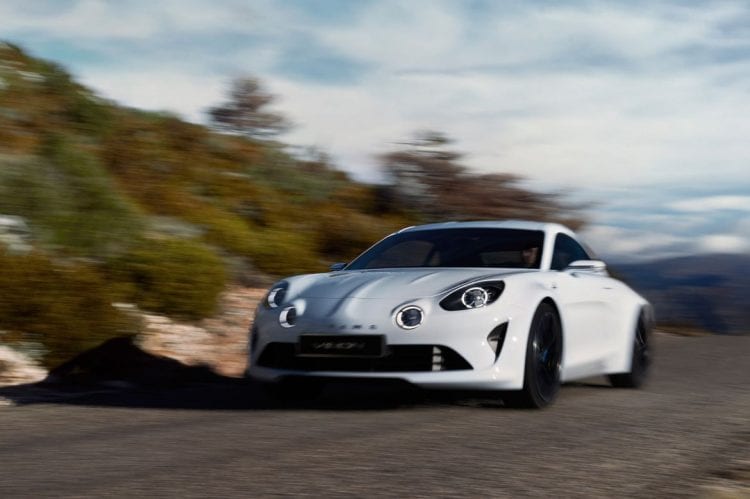 The car is about to use modified 1.6-liter engine from Clio RS, which in this case rise to 1.8-liter boosting somewhere around 300 hp. 0-60 should circle around 4.5 seconds, which is better than the offer from regular Cayman and more in line with S model. Alpine will also sit on thinner tires than rivals, and lots of effort was put into aerodynamics and mostly in places not visible to you.

French company developed complex rear diffuser in that manner that rear end doesn’t need the help of the spoiler so that the elegant shape could be preserved.

For more info, we’ll have to wait for an official debut in Geneva, but sadly, already we have one detail that kind of spoils the whole picture. 2018 Renault Alpine A110 is about to be priced at £48,500 ($60k) which is around £10k ($12,5k) pricier than Cayman. Yes, it should be quicker to 60 mph, but lightweight will take its toll on luxury and comfort, as it did with Alfa 4C, and we hardly believe that it could match Porsche’s dynamic abilities.

Also, the badge could be more than just a slight problem in that price area, so this could end up as Vel Satis, respectively as a reminder that French could do it too, and they can do all, expect from great sales part.