NanoFlowcell is car maker founded just a couple of years ago in Liechtenstein. From the moment they set foot in the automotive world, they wanted to break all possible boundaries. So far, Nano has granted us with several concepts, but none of them reached production. They were all here to present new found technological achievements in EV car world, and it all starts with Koenigsegg Quant concept.

Mentioned concept pose as supercar delivering 519 hp with a range of 310 miles, which later evolved in Quant E boosting 920 hp in 2014 with an astonishing range of 372 miles, which was actually set for production, although that never happened. In 2015 another evolution happened, and it was Quant F this time rated at 1089 hp and 500 miles of range (it’s not typing mistake), and finally we are in front of 2018 Quant 48Volt set to debut in Geneva this year. 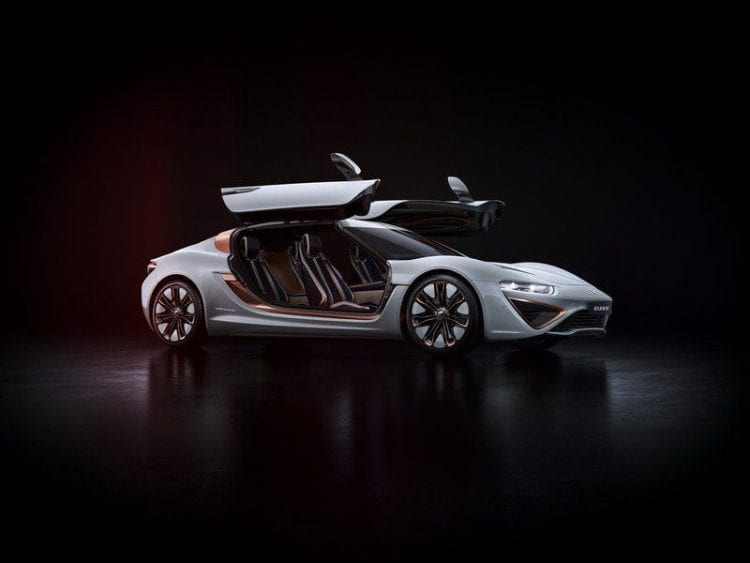 WHAT’S WITH THE NUMBERS

Let’s see for the moment what is the current best production offer in the electric car market. That would be clearly Tesla Model S P100D with 100 kWh battery boosting 760 hp and making a possible range of 315 miles while accelerating to 60 mph in just 2.5 seconds. That is similar to Quant F acceleration time of 2.8 seconds, but much less than its superior range and over 1000 hp figure, while apparently, all those numbers look like a joke to new 2018 Quant 48Volt.

This vehicle has less hp from four electric motors, 750 precisely, but it takes 2.4 seconds to 60 mph and supposedly 612 miles of range which is almost double the one from Tesla. Visually it looks nearly identical to F concept, with just slight alterations.

First NanoFlowcell introduced revolutionary system using electrolyte fluids which are making possible insane electric range numbers, but 2018 Quant 48Volt manage to bring something even more unbelievable. All EV cars run on high voltage, but as the name suggest Quant 48Volt uses 48-volt electricity oppose to 700 volts one in previous Quant F concept. That is groundbreaking, and no car maker has been able to offer that so far.

Quite possibly. Grasping the fact that Tesla Model S has a range of 300 miles when many EVs are circling around third of that is easy because you can actually buy it and see it for yourself. Tesla is an absolute trailblazer in this field currently, and it is strange that somebody out of blue claims double figures. Also as we mentioned, Quant E was intended for streets with 372 miles of range, but that was never realized, so claimed range was never tested in reality as any other aspect of brand’s technology.

Electrolyte fluids system was deemed by much as not viable in reality and same would go for the 48-volt system, which efficiency could be explained by today’s science. Plus to that, founder of the company Nunzio La Vecchia has been already accused of fraud, as all mentioned models might pose as bait for car manufacturers to purchase alleged technology and end with nothing at the end. 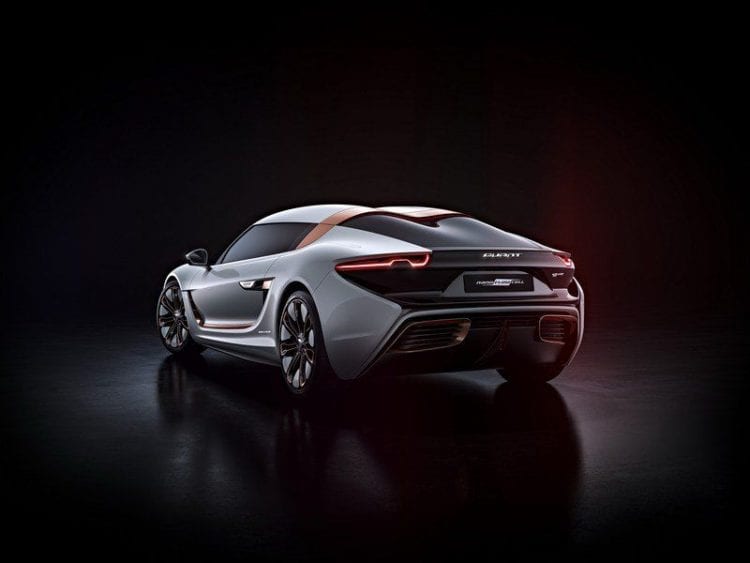 Since NanoFlowcell has not been kind to allow anyone to try to confirm any of its amazing figures and since it is not willing to put any of its claims actually to the road and in buyers hands, we should see this as the imagination of possible future. Some day EVs will have 500 miles range and maybe they will able to run on 48 voltage system, but definitely not today or tomorrow.

On the plus side, we can enjoy its futuristic and intriguing looks packed in Panamera-shaped fastback body. Further to that, the interior is quite elegant and gorgeous with abnormally huge screen stretching from doors to doors and replacing all of the dash, which is presumably inevitable future as Mercedes is already half way there with S and new E-Class. It will all come down to the looks, then.